Buckingham Palace Rideout 1st May The weather was on my side and what a day it was. Just seeing Carnaby Street rammed with Mods and their trusted Vespas and Lambrettas was a cracking sight and every tourist’s dream! What I’ve learnt in the short time I’ve been documenting the Mods is when they say they’re arriving […] 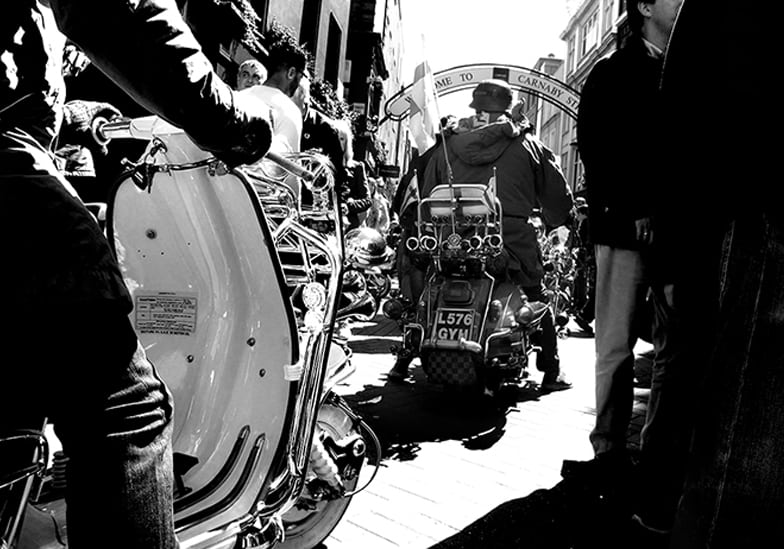 The weather was on my side and what a day it was. Just seeing Carnaby Street rammed with Mods and their trusted Vespas and Lambrettas was a cracking sight and every tourist’s dream! 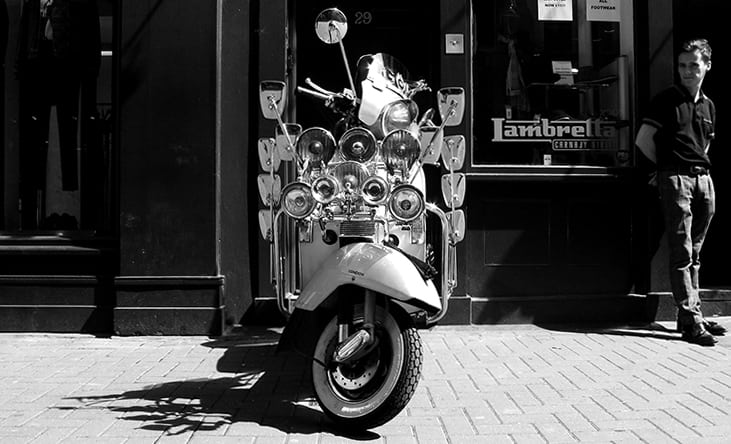 What I’ve learnt in the short time I’ve been documenting the Mods is when they say they’re arriving at a certain time, they really mean it. So it was an early start from North London to make sure I didn’t miss a thing.

And what a vision Carnaby Street turned out to be. At one point it was hard to keep up with the arriving scooters but after the dust had settled I started to work my way around. 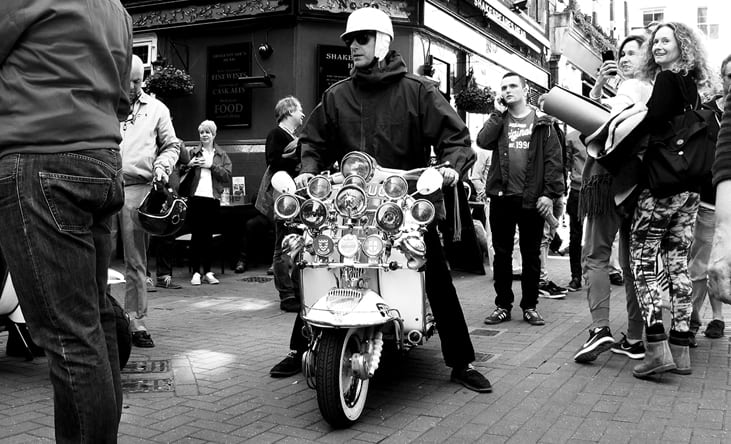 It turned out to be a great opportunity to touch base with certain guys I photographed at the first London Rideout. Email addresses and other contact details were duly swopped.

The added value of tourist and shoppers weaving their way around endless scooters and mods gave a great backdrop to what I wanted to capture on the day. 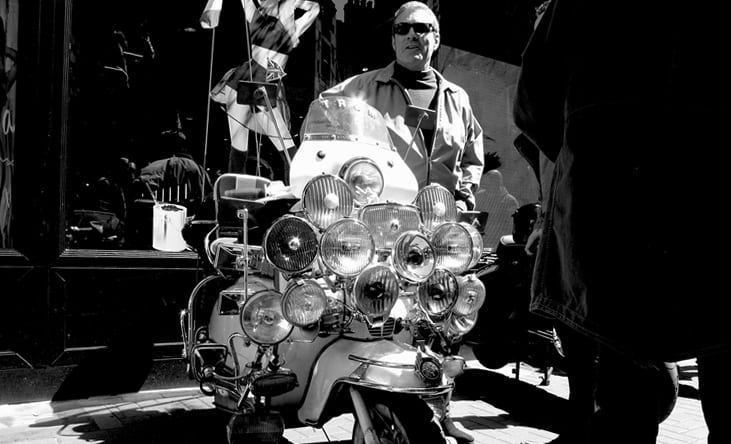 It wasn’t long before I got a tap on the shoulder and was told, “Keep spreading the love, Duncan.” So in my own small way, I knew then I’m doing the right thing with my photography!

Pretty soon afterwards, the Mods were starting up to leave en masse. Before I knew it, I was bang in the middle of Regent Street capturing wave after wave of scooters leaving Carnaby Street. I think they’re getting used to me weaving my way through them as they whizz past! It shouldn’t be a surprise, I suppose, but the power of the internet has truly spread the word regarding Mad Mods and a Camera. After the last article I was approached by the guys at www.modwear.co.uk based in Manchester. They’d seen my images retweeted in their twitter feed. A couple of email exchanges later, they asked me to do a piece for their website! It’s here if you want to take a look https://www.modwear.co.uk/blogs/blog/modwear5-e17-duncan-james 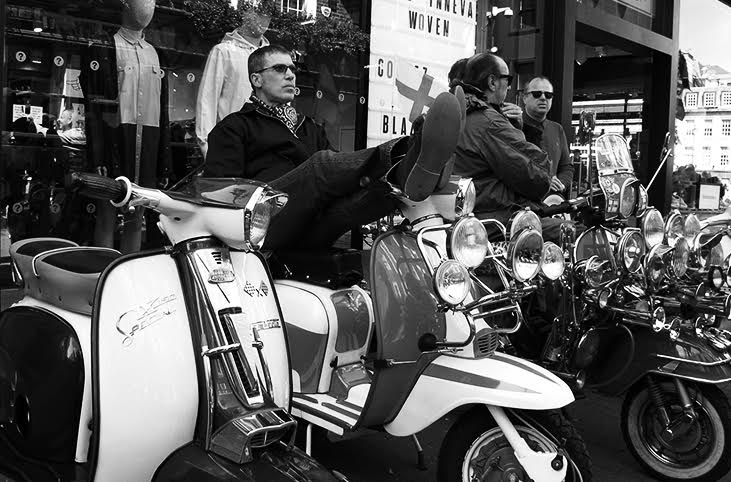 Cheers, Jordon! It was a real pleasure doing the piece and I look forward to hooking up the next time I’m in Manchester or when you’re down in London! 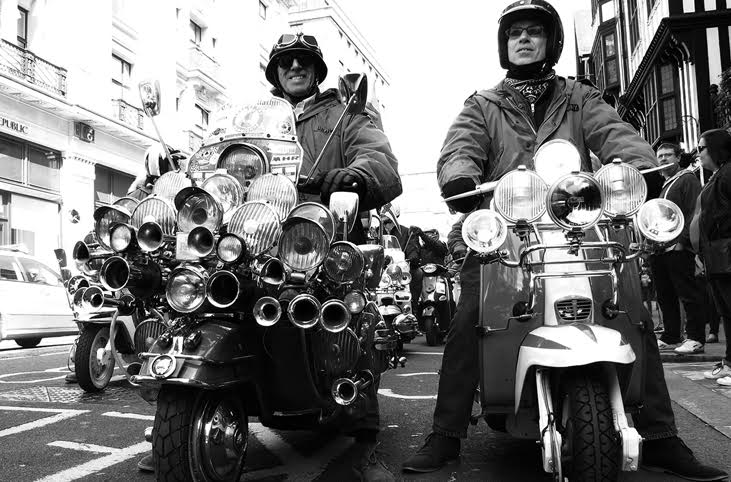