You may not have heard of escape room puzzles, or you may be a locked-in-a-room junkie already (not in the Trainspotting sense).  Until now I viewed this leisure activity as a Mensa club hobby for those who opt for puzzle solving over physical contact with the opposite sex, but these mind workouts are becoming increasingly […] 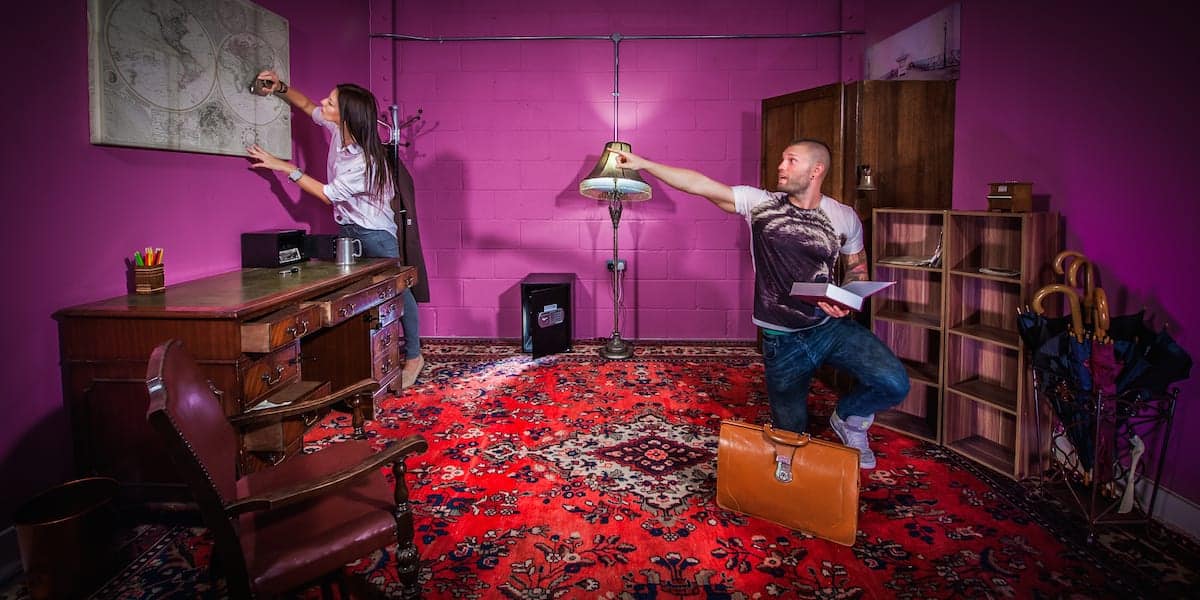 You may not have heard of escape room puzzles, or you may be a locked-in-a-room junkie already (not in the Trainspotting sense).  Until now I viewed this leisure activity as a Mensa club hobby for those who opt for puzzle solving over physical contact with the opposite sex, but these mind workouts are becoming increasingly popular.

This time last year there were five main escape room operators in London, today we counted at least 25, which demonstrates the growing demand for this quirky pastime.

The real reason I’ve shied away from this mental challenge is a real fear of showing myself up; not being able to solve a single clue and being trapped in the room with only my failure and embarrassment for company. However, I couldn’t ignore the craze anymore so I headed down to Lock’d which is one of the original and most popular escape puzzle operators in London, accompanied by my wife.  There was a lot at stake; I regularly tell my wife how smart I am.

If you’ve never done this before, Lock’d is a live-action puzzle game unlike anything you’ve experienced before. You walk into a mysterious room. The door shuts behind you, and you’re trapped. Then, racing against the clock, you have one hour to solve a mystery.

Lock’d has three rooms with varying themes and degrees of difficulty and is suitable for two to five players. We opted for Grandpa’s Last Will escape room – which is pitched as the best beginner friendly escape game in London. A confidence builder for us, or so we thought.

‘Wealthy entrepreneur, scientist and world traveller Neil Morgan has died, and luckily, he’s left his multi-million pound mansion, business empire and life savings to you. The problem is, you’ve only got 60 minutes to find his will before the police arrive and arrest you for trespassing.’

Solving the mystery is a combination of clues, puzzles and searching the room for keys (Crystal Maze style). Once you solve the mystery you’ll be able to let yourself out of the room with a sense of glowing satisfaction, rather than being let out in shame and failure (and having your worst fears confirmed; that you’re an idiot).

After we’d found Lock’d in the old Biscuit Factory in Bermondsey, we were given a quick briefing and shown into the room with only a bottle of water, an egg timer, and and a walkie talkie.  The walkie talkie is in case you need help (help? pah!).  Our host reliably informed us that, on average, punters ask for three clues during the hour.

Once the door was shut and locked behind us, there was a genuine surge of excitement and my wife and I got down to business.  The business of solving puzzles.

First, we ransacked the room looking for keys and clues.  We found both.  We quickly solved the first clue, which led to another key, which enabled us to open a box, then another box, and then a safe.  Jeeze we’re intelligent and we were on a roll.  I think that’s where the complacency set in.  It went downhill from here.

It seemed that Neil Morgan had gone to great lengths to hide his will.  There was still an unopened safe, a locked wardrobe, a locked drawer and no more obvious clues.  After we turned the room inside out for the third time, this is when I collapsed onto the floor in despair.

Some escape puzzle operators refuse to issue help or clues, but thankfully the hosts at Lock’d were a lot more sympathetic to our lack of brain power.  Following a clue that opened our eyes to the blindingly obvious, we were on a roll again, but the clock was ticking.

Soon we had slowed again. As the sands of time slipped through the hour glass, our sense of desperation increased, and so did our request for clues from the host via walkie-talkie.  The clues opened our eyes to things that just seemed so obvious, but we’d completely missed.  Some of the puzzles and clues were very clever, impressively combining random objects with magnetic and electrical switches and releases, but we were missing them.

After a little help, we were getting there, but we had wasted much time. The host informed us that there were only two minutes left.  We were so close to getting our hands on that will, and with one frantic last push we finally solved the puzzle to open the wardrobe and collect the prize.  Or so we thought.

Once we opened the final lock, we were met with a big surprise.  The hunt wasn’t over. In fact, it was far from over.  All we were presented with was another puzzle.  It looked hard.  Yes, we had failed.

Time was up and the door lock turned.  We were free, but this was the shameful way out. The host entered the room and kindly showed us how to solve the mystery to put us out of our misery.  At that moment we realised there was a long way to go to get our hands on the prize.  I’d estimate that we had completed around 50% of the tasks, and that was with numerous clues and hits.  My worst fears were confirmed; I am stupid.

Now that I’ve faced my fears, and have confirmed to myself that I’m a fool, I don’t actually feel much different. I’ll be going back to try another puzzle, but this time I’ll be prepared.  Yes, I’m hooked.  Despite the fact we didn’t find Gradpa’s last will, it was such a fun thing to do as a change from the norm. Whether take on the challenge as a couple, a group of friends, or with your family, it offers off-the-wall fun, challenge and enthral in equal measures. This was the first lock-in puzzle we’ve tried, but we thoroughly loved it. The guys at Lock’d couldn’t have been more pleasant and did their best to make us feel better about our faliure, ensuring us that most couples find the rooms more difficult

Lock’d are shortly changing their puzzles.  The operators renew the rooms periodically to keep things fresh and provide new challenges for people who’ve already conquered the rooms (for more info see www.lockd.co.uk ). This is perfect because I can have another go at the easiest puzzle. I won’t be trying the more challenging ones anytime soon.  Doh! 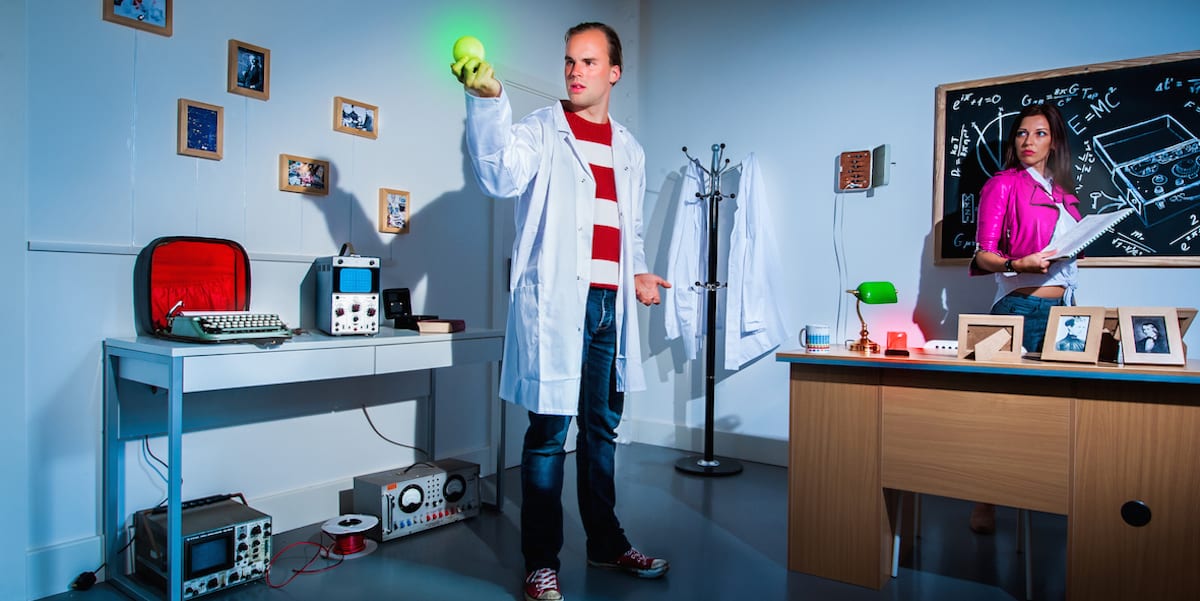