In new hard science-fiction novel The Place of Quarantine, award-winning Russian author Vadim Babenko delivers an extraordinary book that is both intellectually stimulating and emotionally engaging By Lucy Bryson What happens after we die is one of the most profound and fundamental questions of humanity, and is a subject that has, understandably, been a perennial […] 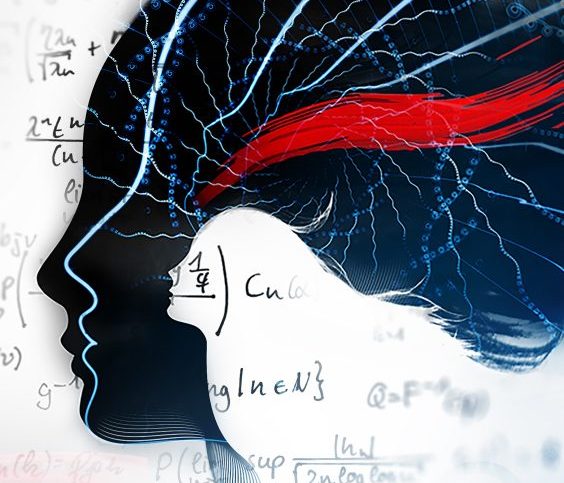 In new hard science-fiction novel The Place of Quarantine, award-winning Russian author Vadim Babenko delivers an extraordinary book that is both intellectually stimulating and emotionally engaging

What happens after we die is one of the most profound and fundamental questions of humanity, and is a subject that has, understandably, been a perennial favourite for fiction authors across the ages.

The realm of speculative fiction is, after all, an ideal place to examine those areas of our shared existence which, by their very nature, are objectively unanswerable.

The vast majority of novels that dare to dive into the metaphysical on a thematic level, however, seem content to serve up spiritual platitudes which, it could well be argued, are served better by the holy scripture they draw upon. Otherwise, they tend to pay mere lip service to a la mode scientific theories to give a sheen—but nothing more—of credibility.

In light of this, new novel The Place of Quarantine makes for refreshing and most-welcome change. It is a work of hard science-fiction that, while incorporating a variety of sacred concepts, goes as far as possible to ground the enquiry in legitimate and current scientific terms.

Award-winning Russian author Vadim Babenko is ideally suited to this task as he holds a doctoral degree from the Moscow Institute of Physics & Technology, Russia’s equivalent to MIT, and prior to becoming a full-time writer enjoyed a successful career in the fields of biophysics and artificial intelligence.

The story is centred around Theo, a brilliant scientist whose staunchly rational worldview is shaken to the core when he awakens, disoriented and confused, in a mysterious place called Quarantine.

Greeted by Elsa, an attractive, matter-of-fact woman who introduces herself as is his new roommate, Theo learns to his surprise that his corporeal life is over. If in any doubt, the laminated note she passes him sets out the situation quite clearly:

“Welcome. You have experienced corporeal death for the first time. The death of the body is not as significant as you might think. There is nothing to fear. You are in Quarantine.”

With the support of his Elsa and an AI mentor named Nestor, assigned as a counsellor, Theo slowly remembers his life back on Earth. He recalls that he was working on a ground-breaking quantum theory of the human mind that held the promise of proving that the soul can exist independently from the body when it dies.

Tragic memories of a Thai woman named Tina, who had been his lover and soulmate before his death, as well as a malevolent figure named Brevich, also begin to emerge and become clearer with time thanks to his regular therapy sessions with Nestor.

In the sanctuary of Quarantine Theo is offered the chance to continue his scientific research, which could help to reveal the biggest secrets of the universe: the connection between human consciousness and global space. Yet as he continues to piece together his past life with Tina, and what exactly happened to bring it to a sudden end, Theo finds himself ever more lured back to the world he departed.

Like Theo, readers come to learn the full story as the novel progresses, but though The Place of Quarantine is a long book, at more than 400 pages, it is never less than gripping. We care for these characters, and the intertwined connections between them, because they are realistic and engaging. In this respect Babenko has successfully broken out of the usual stricture of the genre, as exemplified by the writings of such giants as Isaac Asimov and Arthur C. Clarke, where concept too often comes at the expense of character.

This is nothing less than that rarest of beasts: elegantly-written, philosophical science fiction with plausible theories and an engrossing storyline. Startlingly original, it manages to bring together the field of quantum physics and neuroscience with spiritual principles such as karma, reincarnation and predestination, and by so doing provides nourishment both for the mind and soul.

Babenko is a gifted storyteller as well as a brilliant scientific mind, and science’s loss has clearly been literature’s gain. Those unfamiliar with his oeuvre will no doubt enjoy delving into his back catalogue after finishing The Place of Quarantine, which is his fourth novel. His first two, The Black Pelican and A Simple Soul, are works of literary fiction that were nominated for the National Bestseller Awards and the Big Book Awards, Russia’s most prestigious literary prizes. Semmant, meanwhile, won the National Indie Excellence Award (USA) in the Science Fiction category.

Hit Netflix afterlife comedy The Good Place has piqued public interest in what happens after we shrug off this mortal coil, and this thought-provoking book may well appeal to the show’s many fans, in addition to those who love science-fiction—although readers should expect a rather more serious, though no less enjoyable, approach to the subject than the TV series.

While some sections dealing with complex ideas such as chaos theory may require more than one read to grasp properly, it is a journey worth making for the prize of personal enrichment that comes with it. If you are like me, you will find yourself contemplating its depth long after the final page.

The Place of Quarantine by Vadim Babenko (Ergo Sum Publishing) is available now from Amazon, priced £24.99 in hardcover, £12.99 in paperback and £2.31 as a Kindle eBook. For more information about the author, visit www.vadimbabenko.com/