From mass surveillance to sex robots, dystopian science-fiction has a nasty habit of becoming science-fact, writes Hannah De Giorgis. In this London Economic exclusive, the award-winning British novelist examines the origins of this fascinating literary genre and why it holds more appeal than ever. By Hannah De Giorgis Do not expect too much from the […] 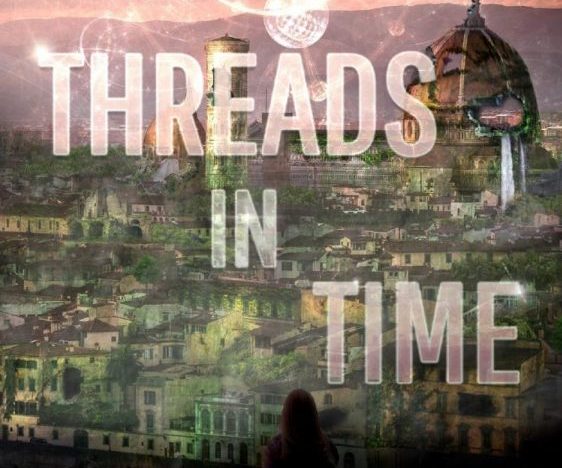 From mass surveillance to sex robots, dystopian science-fiction has a nasty habit of becoming science-fact, writes Hannah De Giorgis. In this London Economic exclusive, the award-winning British novelist examines the origins of this fascinating literary genre and why it holds more appeal than ever.

Do not expect too much from the end of the world, the late Polish poet Stanisław Jerzy Lec once warned. In science-fiction literature, at least, he was right. Since the eighteenth century, sci-fi authors have been imagining a worst-case future in which there’s no feel-good ending – just a repressive, joyless dystopia. From zombies and robots who kill off or rule humanity to powerful and cruel elitists who dominate the poor, the distant future is a bleak and terrifying place.

Although such narratives may seem implausible, dystopian science fiction has a peculiar habit of becoming scientific fact. Artificial intelligence (AI), for example, is already a reality thanks to rapid advances in technological and biological robotics. The UAE has just announced plans to colonise Mars – with a city of 600,000 – by the year 2117, while antibiotic-resistant “zombie” bacteria is on the rise (it killed 33,500 people last year alone). Meanwhile, income inequality is on the rise worldwide: in the United States, for instance, the top one per cent of families took home an average of 26.3 times as much income as the bottom 99 per cent in 2015.

For all its doom and gloom, dystopian sci-fi has long served a positive purpose by reflecting the current socio-political realities of our time and by warning readers of the dangers of totalitarianism and dangerous ideologies. George Orwell’s Animal Farm and Nineteen Eighty-Four, for example, were almost certainly inspired by his first-hand experience of the the Spanish Civil War and the Second World War.

But there’s much more to this fascinating genre than mere political sentiment. It taps into our innate curiosity about the future and ignites our imagination about what could, possibly, become reality. Furthermore, it inspires innovation and feeds mankind’s hunger for technological advancement.

Despite its growing popularity, especially among young-adult readers, only a handful of books achieve meteoric success. Fewer still are adapted for the Big Screen. The challenge for authors lies in striking a careful balance in their dystopian scenario; it must be close enough to resonate with modern-day society, but also remote enough to still be entertaining. Readers expect an alien element and simultaneous familiarity – a world that’s recognisable but at the same time chillingly altered. Black Mirror, the hit TV series, is a good case in point.

I didn’t make a conscious decision to write a dystopian sci-fi novel. The story, as they say, just came to me. I’ve always loved the genre, though. I read George Orwell’s classic, Nineteen Eighty-Four, at the age of seventeen and remember how much it blew me away. He wrote it in 1948 and came up with the title by switching the digits four and eight around. The novel was his own prediction of the future – a prophesy that foretold of perpetual war, omnipresent government surveillance and propaganda. The accuracy of his prognosis is both startling and unsettling.

My own book, Threads in Time, paints a picture of twenty-third-century London that isn’t a complete impossibility. It too is plausible in its depiction of an increasingly polarising wealth divide; of the consequences of globalisation, or possible regression from it; of the threat of environmental damage; and of the constantly rising population growth. Conversely, and somewhat contrary to the traditional rule of dystopian thumb, Threads in Time also offers a future much further down the line, which is perhaps less likely. But sketching out this distant future left more scope for exploration and speculation. Instead of an over-urbanised world, the protagonist finds a world where technology has apparently completely devolved, and the world is overrun by greenery.

I sought inspiration from Shelley’s poem, Ozymandias, which I’ve used as the novel’s epigraph, and from the moment in Planet of the Apes when George Taylor sees the Statue of Liberty lying on the beach. But like all previous dystopian sci-fi novelists before me, my greatest inspiration was the news. World wars, technological advances and the changing political climate are – and will always remain – stranger and more terrifying than fiction.

Threads in Time by Hannah De Giorgis is available from today on Amazon priced £3.49 in Kindle edition and £7.99 in paperback.