Critic Mark Shenton wrote of the 2016 Escaped Alone production, now back at the Royal Court for a second run that he wouldn’t be surprised “if we woke to headlines today that described exactly what she’d foretold.” The play by Caryl Churchill premiered before the UK left the EU, a little before all the anger […] 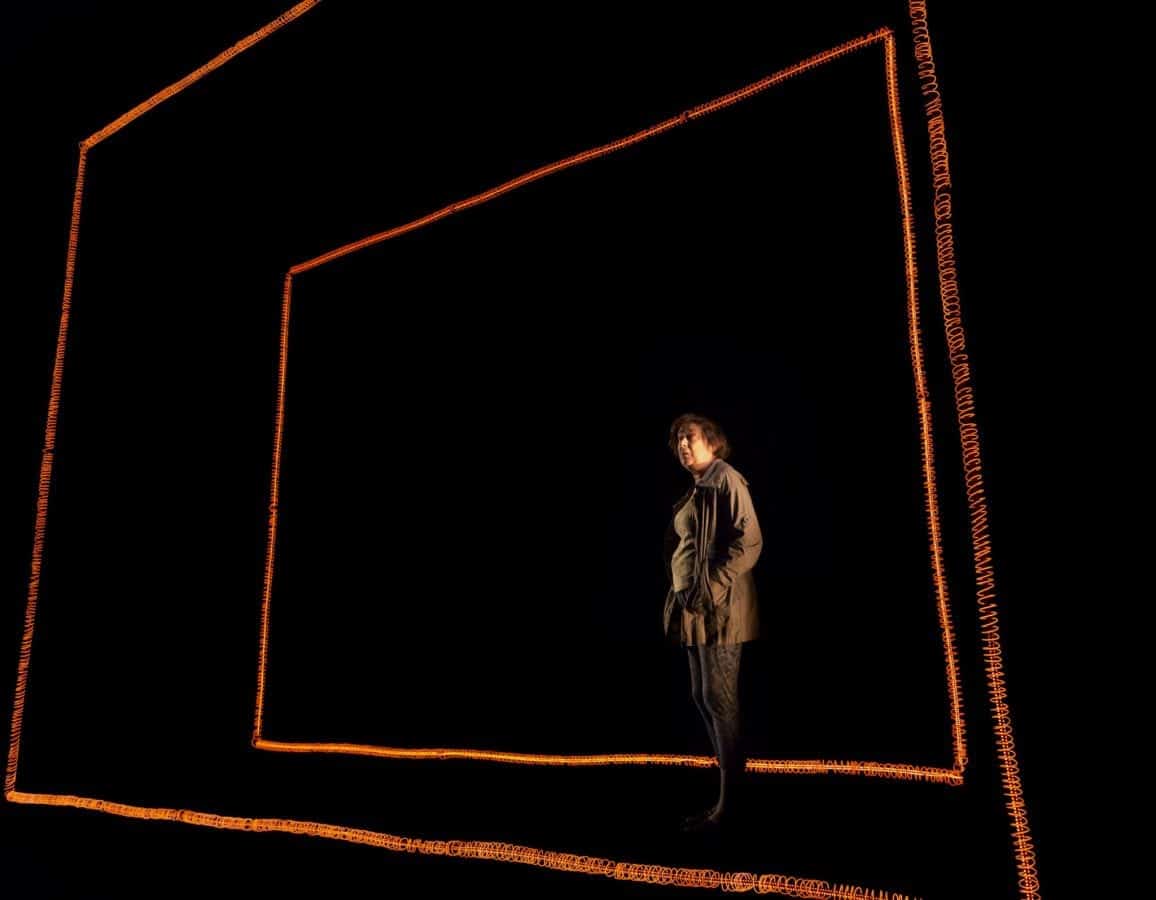 Critic Mark Shenton wrote of the 2016 Escaped Alone production, now back at the Royal Court for a second run that he wouldn’t be surprised “if we woke to headlines today that described exactly what she’d foretold.” The play by Caryl Churchill premiered before the UK left the EU, a little before all the anger at Europe’s response to the Refugee Crisis and before we had an unelected Prime Minister who seems to enjoy holding hands with Donald Trump as he closes America’s borders to refugees from seven predominantly Muslim countries (though not the ones he has business with). Despite having seen Escaped Alone twice in January 2016 I wanted to see if the play holds up now.

And it does. Frighteningly so.

Of course, none of the dystopian stories that Mrs J spouts on about in between nattering about other stuff to older women Viv, Sally and Lena in a back garden (the play’s premise) is literal because the situations and the images she conjures are surreal and formed out of word play, as is Churchill’s style. However, taken metaphorically and thought of in context with Paul Mason’s Postcapitalism and Adam Curtis’ HyperNormalisation … and everything feels a little more prescient and rooted in reality than it did in 2016.

The play is not just about dystopia with sentences like “Four hundred thousand tons of rock paid for by senior executives split off the hillside to smash through the roofs, each fragment onto the designated child’s head” and the consequences of rabid capitalism though. The four ladies gather together to drink tea over a few sunny afternoons in a sort of liberal utopia and are by turns nostalgic, comic, self parodying and tragic. Unworked out relationship issues between Viv, Sally and Lena come to the forefront with gritty and charged realism. There is a discussion about self defence and domestic violence. Each character is given her own soliloquy as Churchill peers into every woman’s soul.

Stage descriptions hint that this is a real garden on a real street and that the action takes place over several afternoons. Designer Miriam Beuther along with lighting designer Peter Mumford and sound designer Christopher Shutt have certainly complied to make this seem so. Yet, there is something too real about Beuther’s azure sky, something too luminous about Mumford’s light that has a stereoscopic 3-D View-master like haze and something altogether too cheerful in Shutt’s idyllic bird song, the kind you will find in the BBC’s sound effects library. It feels like Linda Bassett as Mrs J stumbles upon the fenced garden as if she is an explorer who has come across a new planet quite by chance. This garden, although an architectural commonplace, has so little other environmental context, no other people, no other buildings or horizons, that it might well be spinning on its own axis devolved from other worlds. Might the garden have a parallax gap? Have these three ladies created a safe space for themselves away from a tyrannous and dangerous unpredictable world? Compare with Mrs J’s descriptions of another, chaotic social order and we wonder, which is the more real, which, in our post truth times, is the most truthful? Who is Mrs J? An uninvited guest, a passive observer, a refugee entering this garden kingdom of delight? Has she come back in time to a more stable universe? Is she a time traveller from a future that, for the audience, may now not seem so far away? Have the terrible things she talks about happened, are they happening in a parallel universe? Is 2017 the parallel universe? Who are these women in the back garden who seem to speak to each other in streams of consciousness and finish off each other’s sentences? Are they all living in the same world, but does Mrs J have a raging internal response to its injustices that is profoundly different from those of the others?

Mrs J’s rage soliloquy is still as shocking. Back in early 2016, which seems so far away and like another country that I feel almost nostalgic, I wrote that it reminded me of Harold Pinter’s Ashes to Ashes, whose female character, so unable to speak and oppressed by patriarchal mechanisms of power and tyranny, could only drown. I still thought of that play here, but something has changed. Perhaps it is me, but Mrs J’s rage has a more despairing quality this time around. Choking rage, but hopelessness too. Still “terrible rage” becomes “terror of age” if you listen hard enough. In the end Escaped Alone maps our longings and anxieties and portrays the clash individuals may experience between private interests and politics. Mrs J is firmly rooted in one world, the others in another. We feel Mrs J’s sense of powerlessness even as we rage incoherently. And then we carry on with life just like Mrs J who carries on as if her meeting with the other three women had never happened. It is a powerful fable of a play and one that has mythic elements.

Fine, snappy detailed performances by all with some nuanced directing by James Macdonald. In 2016 the artistic director of the Royal Court Vicki Featherstone said that Churchill’s 50 minute play was “full-length.” There is so much packed in and the material is so dense, I can see why.

At the Royal Court until 11th Feb.