Have I read A Clockwork Orange? Have I fuck. I haven’t even seen the film. Which naturally makes me a perfect fit to review Action To The Word’s all-male stage version, which opened at the Park Theatre on February 16th to many a gasp, giggle and gurn from the audience. I have tried to read […] 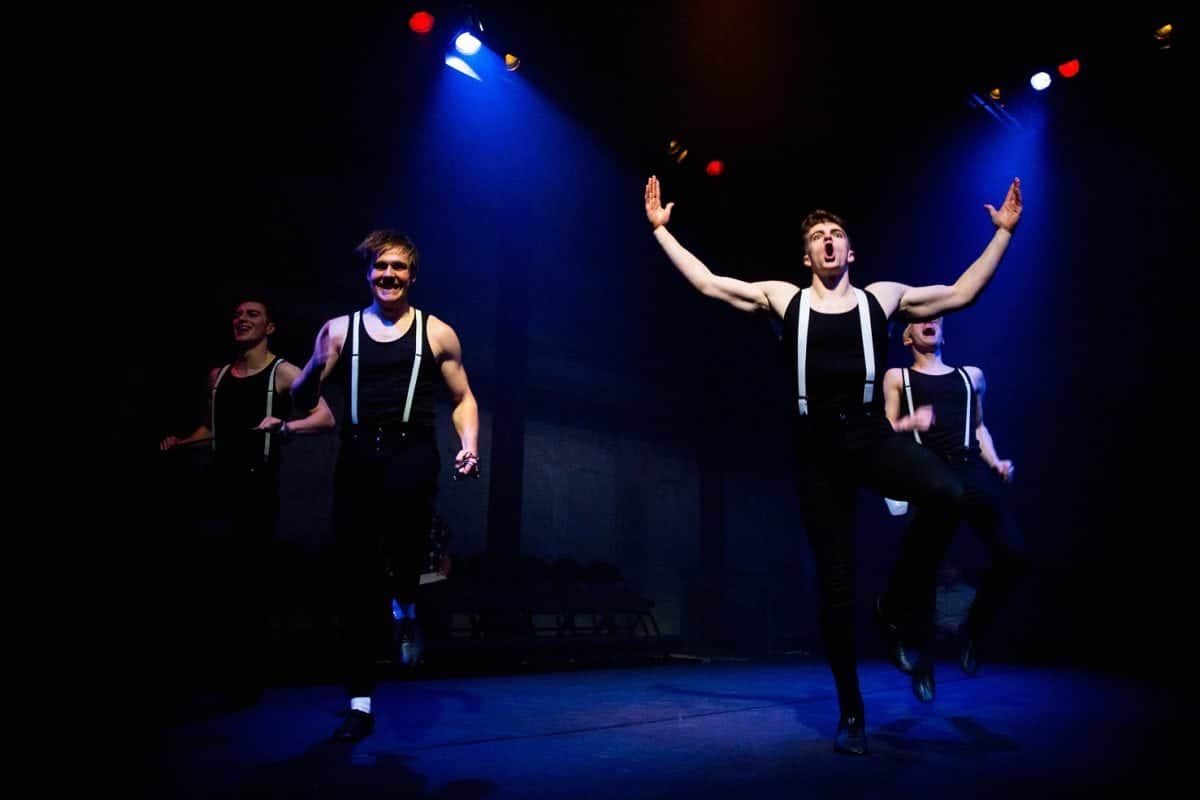 Have I read A Clockwork Orange? Have I fuck. I haven’t even seen the film. Which naturally makes me a perfect fit to review Action To The Word’s all-male stage version, which opened at the Park Theatre on February 16th to many a gasp, giggle and gurn from the audience.

I have tried to read Anthony Burgess A Clockwork Orange. I tried a bunch of times in the early noughties, fuelled predominantly by a desire to impress boys. Note: not a boy in particular, just the concept of boys in general. This modus operandi arguably shaped most of my decisions from my mid-late teen years. Did I go to an all-girls school? Hell. Yes.

Anyone else who has tried – and perhaps failed – to read it will attest that the first 20% of the book is virtually impenetrable, peppered with unfamiliar Anglo-Russian slang and scenes of unspeakable unpleasantness. I’m fairly certain something “important” or “political” happened later, but I never got that far.

And it turns out, director Alexandra Spencer-Jones’ A Clockwork Orange remains very faithful to the book, and for the first ten minutes I only had the vaguest idea of what on earth anyone was talking about. But fear not! This machismo masterpiece is mainly dance. And for anyone doubting the ability of nine young men to boogie their way through arguably one of the most violent and testosterone fuelled stories of the 20th Century, you’re in for a pleasant surprise.

The cast are phenomenal. Jonno Davies’ stand out performance as leading everyman Alexander is blistering; as delicate and nuanced as it is dangerous. He moves so gracefully and speaks so beautifully, it’s hard to peg him as a bad person. Which is, of course, the whole point. The remaining roles are shared among the ensemble, with Sebastian Charles and James Smoker as Joe the Lodger and the Minister respectively giving huge performances worthy of a much bigger venue.

And God, the whole thing is so damn sexy. It’s like the Sharks and the Jets on steroids, with some good old-fashioned snogging thrown in for good measure. It’s a funny, moving and dark piece of theatre, supported by a story that works at every political turning point. Even throughout the insanity of 2016 and the first bananas instalment of 2017, A Clockwork Orange refuses to let up, and is just as relevant at this very moment as it was in 1962.