Sir Winston Churchill’s final piece of artwork yesterday (Tues) smashed its auction estimate by selling for a staggering £357,000. The wartime leader painted ‘The Goldfish Pool at Chartwell’ in 1962 – three years before his death. He was in his late eighties and his abstract painting depicts the beloved goldfish pool in the garden of […] 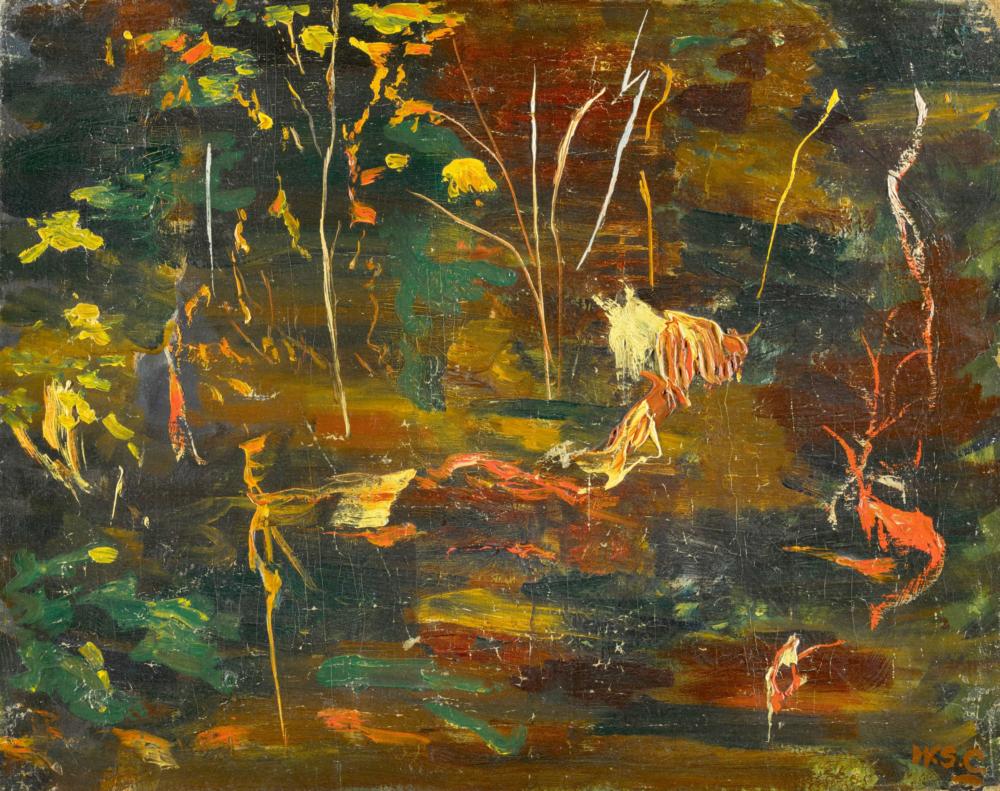 The wartime leader painted ‘The Goldfish Pool at Chartwell’ in 1962 – three years before his death.

He was in his late eighties and his abstract painting depicts the beloved goldfish pool in the garden of the family home at Chartwell, Kent.

Churchill gave the painting, described as “a unique and moving insight into his final years”, to bodyguard Sergeant Edmund Murray, who served with him from 1950 to his death in 1965.

The painting appeared on the market for the first time on Tuesday when Sotheby’s auctioned it as part of its Modern & Post-War British Art Evening Sale in London.

It was given a guide price of £50,000-80,000 but frenzied bidding quickly saw the estimate surpassed.

Bidders in the room and online battled it out for the abstract piece and the hammer eventually went down at £290,000.

The final price paid for the painting, including fees and taxes, was a whopping £357,000.

Sergeant Murray had provided Churchill with support and encouragement in setting up his easel and preparing his brushes.

The bodyguard remembered that the final occasion Sir Winston used brushes was at Chartwell around 1962 – with one of his favourite places providing a fitting subject for his final painting.

Unlike many of his landscapes at Chartwell, the painting is unusual in zooming right into the water itself, taking in the luscious foliage along the water side.

Multi-talented Churchill, who had more words published than William Shakespeare, took up painting when he was 40 in the wake of the 1915 Dardanelles campaign, which, as First Lord of the Admiralty, he had been responsible for instigating.

It became an important part of his life and he painted more than 500 works of art.

Speaking in around 1921, Sir Winston Churchill said: “Painting is a friend who makes no undue demands, excites no exhausting pursuits, keeps faithful pace even with feeble steps, and holds her canvas as a screen between us and the envious eyes of time or the sultry advances of decrepitude.

“Happy are the painters, for they shall not be lonely. Light and colour, peace and hope, will keep them company to the end, or almost to the end, of the day.”

Churchill didn’t ever sell his artwork, instead giving it away, and it is now seriously sought after among fans and collectors.

In 2014, Sotheby’s sold a 1932 painting which also focused on the goldfish pond at Chartwell for an auction record £1.8 million – around four times its pre-sale estimate.