20 years ago, the infamous Sensation exhibition opened at the Royal Academy of Art in London. Most notorious for showcasing Marcus Harvey’s “Myra” painting—a portrait of Moors Murderer Myra Hindley, rendered in a mosaic of child’s handprints—it collected advertising guru Charles Saatchi’s numerous works by the Young British Artists. The YBAs, as they were known, […] 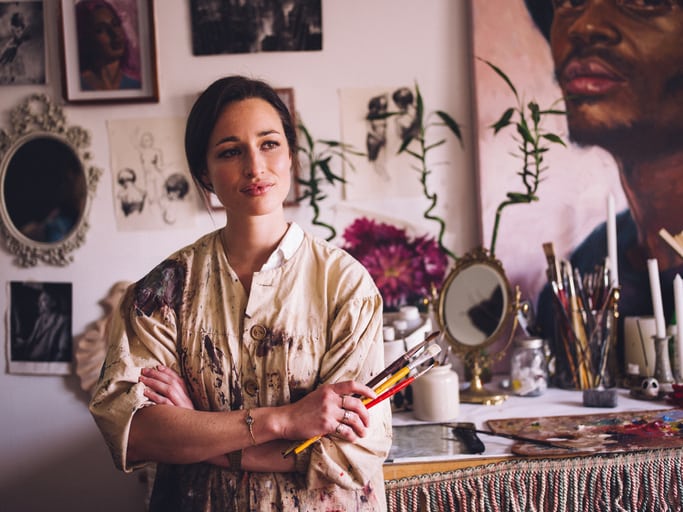 The YBAs, as they were known, were a motley collective of artists under 30, whose anarchic approach to conceptual art resonated strongly in the era of Cool Britannia. Originally spearheaded by the likes of Damien Hirst, Sarah Lucas, and Turner Prize nominee Ian Davenport, the movement’s works became shorthand for everything that was wrong with modern art, be it Hirst’s shark or Tracey Emin’s bed.

But two decades on from its crowning moment of mainstream acceptance, have the changes wrought upon the art world by the YBAs stuck?

Art in the nineties

The popularity of the YBAs coincided with a major crash in the art market, which turned the conversation about art away from commerce and back towards the work itself. It was arguably this change in priority which allowed animals in formaldehyde and tents to become award-winning works of art.

The YBAs dominated the art scene in the nineties, though their origins stem from Goldsmiths Art College, and the Damien Hirst-curated Freeze show in 1988. While that show was mounted in part as a homage to Saatchi’s exhibitions, it took place in a warehouse in south east London, and marked “an inexorable process of change” according to one art critic.

Their critics accused the Young British Artists of courting controversy for controversy’s sake, with little substance behind the work. The editor of Art Review at the time, David Lee, blamed early modern artists for beginning this trend: “The precious…humorous behaviour of Picasso, Dali, Warhol has given a bad example.” Their antagonism even spawned a movement of its own; started by Tracey Emin’s then-boyfriend, musician Billy Childish, the primitive paint-on-canvas works of Stuckism came as a response to Emin telling Childish that his paintings were stuck in the past. This came despite the fact that one of the leading YBAs, Jenny Saville, worked in the medium of hyper-realistic, Lucien Freud-style oil paintings.

Compared with the contemporary Britpop movement, indebted to sixties pop heroes, the Britart movement rarely bowed to any sacred cows—be they alive or encased in formaldehyde within a tank. If anything, the YBAs were more in the spirit of seventies punks, operating on a “no more heroes” credo whilst simultaneously “turning rebellion into money”.

As we left the twentieth century, culture in general turned away from feeling like it was living in “the end of history”. The comparatively carefree political climate of the nineties shifted dramatically, with artists compelled to use their respective media to make a stand. Artists like Ai Weiwei and Pussy Riot have gained international prominence, not just for their work, but for their willingness to challenge the oppressive regimes in which they live and work. You couldn’t imagine Tracey Emin doing that.

Art in the twenty-first century has lacked an easy narrative or unifying thread; however, as with every aspect of the arts, digitization has become a major feature. The easy access to image manipulation software such as Photoshop, as well as works created and distributed exclusively on the internet have democratised the medium.

Even the Turner Prize has broadened its scope; this year marks the first time artists over the age of 50 are allowed to be entered. The panel behind the award told The Telegraph that “now is the right moment to make the change,” with a spokesperson for the prize adding the rule change “is about recognising that there are artists who come to prominence late in life. Now more than ever, the art world is less concerned with both youth and Britishness.

While their influence may be minimal on art in the 21st century, many critics have noted how the YBAs simply made it cool to be an artist again. “A few decades earlier, art school graduates with their background might have been more likely to form bands,” wrote The Quietus in January. “Instead, they made the business of being artists look and feel like being in a band.”

If that is the case, then many of the YBAs are in their “heritage rock” phase, becoming the establishment. They won awards, gained slots on the Queen’s birthday honours list, but lost their critical respect; in marking the 25th anniversary of the Freeze show, the Guardian described Hirst as having “become a hack painter and a kitsch sculptor.”

Indeed, many of the YBAs look back on that era with an almost regretful tone. Rachel Whiteread, the first of the YBAs to win the Turner Prize in 1993, told the Guardian earlier this year that ““We made it look too easy. Art was slower then, and better because of it. It wasn’t immediate.” The value of the art itself has suffered too; in recent years, Damien Hirst’s work has declined in popularity at auction, with one of his paintings reselling for less than half of the dollar value it was bought for a few years previously.