Between February and June 1999, famed art forger John Myatt was in jail. He was there for what Scotland Yard described as “the biggest art fraud of the 20th century.” Myatt’s fakes of famous paintings by masters like Van Gogh and Matisse had sold for hundreds of thousands of pounds at auction, fooling the seasoned […]

by Sam Lewis-Hargreave
in Arts, Entertainment 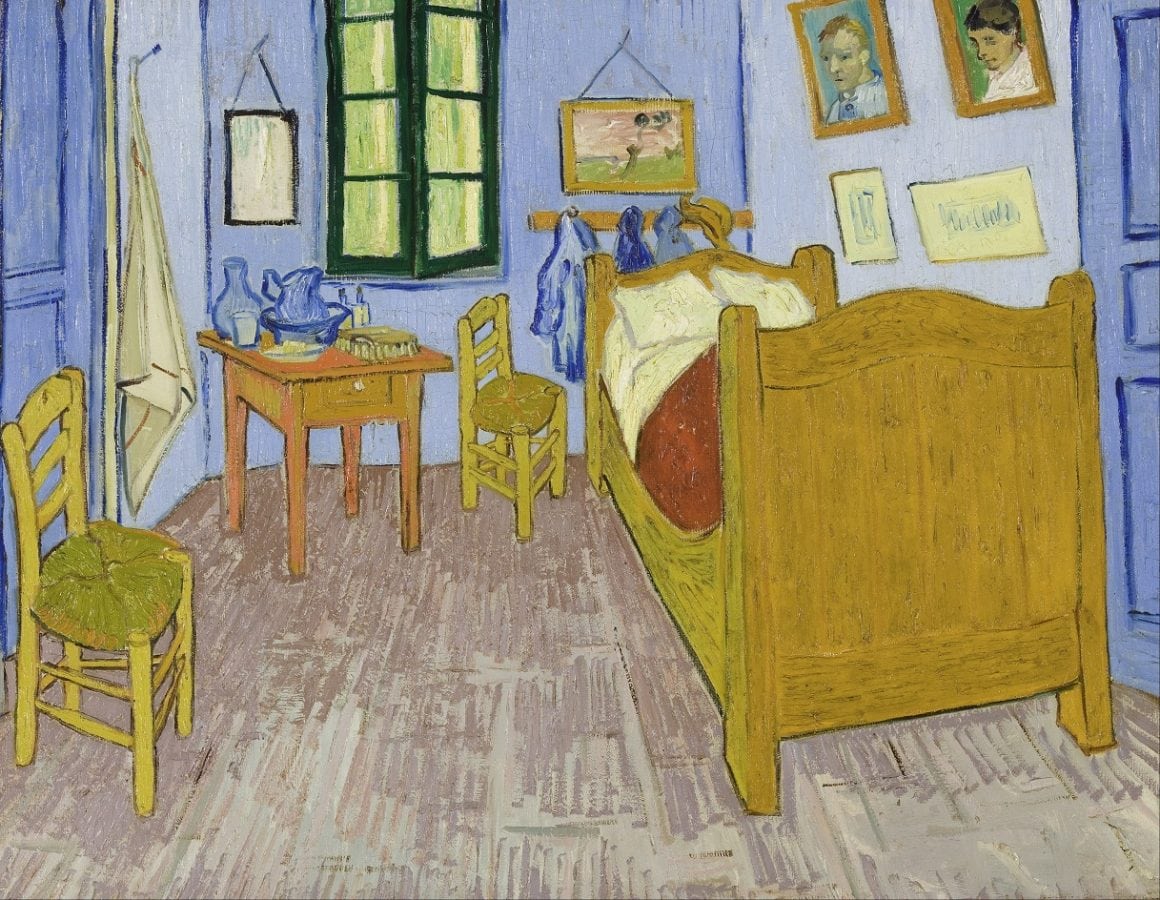 Between February and June 1999, famed art forger John Myatt was in jail. He was there for what Scotland Yard described as “the biggest art fraud of the 20th century.” Myatt’s fakes of famous paintings by masters like Van Gogh and Matisse had sold for hundreds of thousands of pounds at auction, fooling the seasoned experts at both Sotheby’s and Christie’s.

When he was discovered to be a forger, the police pulled no punches, raiding his house and putting him on trial. But as soon as he got out of jail (six months early on his one year sentence), the officer who arrested Myatt commissioned him to paint a family portrait for the tidy sum of £5,000. Myatt also started to get commissions from the barristers who brought him to trial.

Soon, he was making a living painting “genuine fakes” — paintings in the style of famous artists, or direct forgeries of their work, but unashamedly declared as such upfront. John Myatt art now sells for thousands of pounds under his own name, and the painter has starred in several major TV shows about art.

Myatt has explained the details of his process in interviews, and it is highly detailed and complex. He obsessively tracks down period-accurate paint from vintage art suppliers; he scapes down cheap old paintings to create his forgeries on undercoatings from the correct periods; he then applies aging techniques using coffee or mixtures of varnish. By all measures, his forgeries require just as much technical effort of Myatt as the originals did of the masters. So if forgery requires so much talent, should we treat the craft with more respect?

The fate of a forger

The latest of Myatt’s TV shows is Fake! The Great Masterpiece Challenge, airing on Sky Arts. The premise of the show is this: the biggest art galleries in the UK replace some of their paintings with Myatt’s reproductions. Gallery visitors are tasked with deciphering the real from the fake.

This show comes after Myatt’s previous Sky Arts programs Fame to Frame, and Mastering the Art, in which he creates portraits of celebrities in the style of the masters. This is quite possibly the most comfortable post-jail career comeback of all time. And it raises a question: if John Myatt can become a celebrity from his skills in forgery, should forgery itself be considered an art form?

Can forgery be art?

In 2014, The Guardian’s art critic Jonathan Jones visited the National Gallery’s ‘Making Colour’ exhibition. A baroque-era painting called David Contemplating the Head of Goliath struck him as “the exhibition’s rarest and most bizarre object.” Two years later, it emerged that the painting, ostensibly by Orazio Gentileschi, may well have been a forgery by a modern painter.

At first, Jones was angry. He said hosting this potential fake undermined the National Gallery’s authority. But later, he began to soften his stance. In February this year another potential forgery emerged, thought to be connected to the David piece. Painting of St Jerome was sold at Sotheby’s as the work of 16th-century master Parmigianino. After discovering that it used a kind of paint unavailable until Parmigianino had been dead for four hundred years, the auction house reimbursed the buyer.

This time, Jones was impressed. He marvelled at the skill behind this forgery, the David painting, and others thought to be created by this underground forgery ring. These paintings were not reproductions of known works, they were creative ideas in themselves.

Using a piece of precious lapis lazuli stone as a canvas was innovative, and it gave David magnificent deep blue tones. St Jerome’s upper body was “a fine exercise in nude painting.” Jones wondered if these artists were creating forgeries to toy with an art establishment that has fallen out of love with the traditional painting at which they excel, leaving them no other way to bring attention to their work.

Is there a future for fraudulent art?

The skilled artists behind these so-called forgeries, were they to be unmasked, may well face jail time. And they might not find their way into cushy TV jobs painting Stephen Fry and Paul O’Grady. But perhaps they should. There is no doubt that these forgers posses the same level of talent as the masters they are emulating, and in some cases they display imagination and inspiration, too.

It seems that on a personal level, most of us don’t care about forgeries. What kind of criminal can get arrested, tried and jailed, only to be commissioned to continue with their crime by the very police who stopped them? What kind of fraud can gain praise from one of the most prominent art critics in the country? Fraudulent art is frowned upon mostly by those who spend money on it. For the rest of us, it is at worst a bit of fun, and at best genuinely moving.

The public — art experts and novices alike — are so accepting of forgery that John Myatt proudly displays his criminal past on the front page of his website. His status as the “biggest art fraud of the 20th century” is his badge of honour. In inventing “genuine fakes”, Myatt found a way for us to appreciate forgery without all of the dishonesty stripped away.

Now, fakes can be looked at like cover versions or retro genre homages in music. Maybe we should treat forgers like Frank Sinatra, Dean Martin and Sammy Davis Jr, each one of them putting their own twist on the same pool of songs from the great American songbook. In jail, other inmates called Myatt “Picasso.” Maybe he deserves as much respect as that moniker suggests.