By William Cooper Art books don’t often attain cross-discipline popularity, but David Balzer seems to have achieved just that with his discussion on the rise of curating, a book which is becoming almost as prolific as its subject matter. Not since the YBAs of the 90s have books about art captured the wider public’s imagination […] 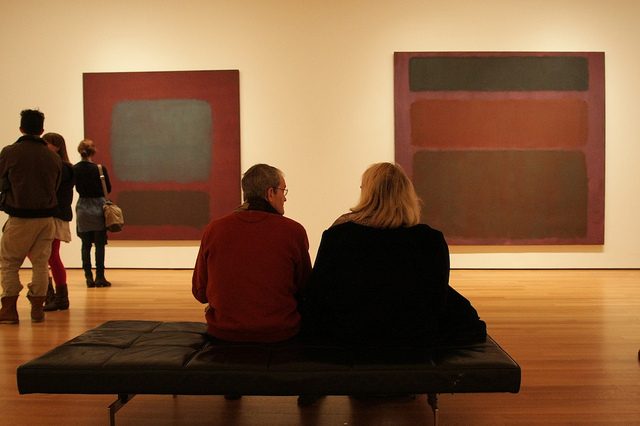 Art books don’t often attain cross-discipline popularity, but David Balzer seems to have achieved just that with his discussion on the rise of curating, a book which is becoming almost as prolific as its subject matter.

Not since the YBAs of the 90s have books about art captured the wider public’s imagination and intrigue (Julian Stallabrass’s High Art Lite springs to mind here) as powerfully. Back then we were interested in the lifestyles and characters behind an unmade bed, half a cow or a painting propped up on elephant shit. Part of our excitement with new art was the glamour and excitement of a country swinging with style: Brit-pop ruled the airwaves, Blair was yet to lose the plot and the national wallet was flush.

Skip 20 years and that optimism feels pretty alien, but – much like the days of Emin and Co – our era is still being defined by something distinctly “arty”; today we have a new cultural bible in Balzer’s Curationism: How Curating Took Over The Art World, And Everything Else, which attempts to unwrap our contemporary obsession with the curated.

Blazer was in London this week promoting the hell out of his book. If you Google the title it’s amazing the range of websites that come up, from ArtReview to good old Auntie Beeb, even the Guardian and ABC News.

If that doesn’t point towards how high we’ve raised the curator over the past decade, I’m not sure what does.

Balzer hosted a panel discussion on Saturday which I attended. Along with The Wire’s deputy editor Frances Morgan, artist and author Salomé Voegelin, and music critic Adam Harper, he attempted to address this idea of the position of curator, the curatorial and the curated within contemporary society.

“Curator” was once a term used to describe mainly white, middle-class middle-aged men, acting as cultural gate keepers, unlocking and explaining the parts of culture we should care about. Balzer says this definition has had a makeover over the past few decades; nowadays we see curators and curated events and products everywhere.

Teen pop sensation Lorde was appointed curator of the latest Hunger Games soundtrack, and a popular food blog offers ideas of how to curate a salad (adding more stuff seems to be the quickest route to a curated salad, FYI).

On Saturday the speakers discussed what we should make of this shift and what it means for the verb and noun “curate”. Is a DJ now a kind of musical curator? What about a composer: does he/she curate notes into a symphony?

It’s worth mentioning that I am one of those aforementioned curators (albeit a few years off middle age, I hope) and that I’ve not read Balzer’s book. I have, however, worked in contemporary art galleries for the best part of 10 years and spend much of my time organising exhibitions.

The proliferation of something I’ve always considered a job title into nearly every aspect of contemporary life has by no means passed me by, so there were parts of the talk where I wanted to tear my hair out: speakers seemed to confuse “picking” or “choosing” with “curating”. I cannot stress enough how these words do not mean the same thing, and we kind of all have to agree on what words mean in order to understand them, right?

To me, one of the key differences is a curator’s role to look after and care for things. This comes from the Latin curate, which in turn was given over the church, hence “a curate” – the guy that looks after a congregation. A curator, in a museum or cultural sense, therefore has a duty of care over something, more often than not, some kind of collection of historical significance.

Now the word seems related to capital: a curatorial endorsement from a high profile or well-respected person will make a product or service more desirable. In my experience, the picking and choosing part of being a curator (while undoubtedly important) is second to your duty of care.

The definition also relates to power. A curator, as per the traditional definition, holds a huge amount of cultural power. It is curators who have made art history what it is today, and our own fault that it’s a male orientated, middle class, white profession. I don’t think someone adding fruit to a salad is quite the same thing.

David Balzer: Man of the moment

But it’s not as if I sat through the discussion disagreeing with everything. Glaser offered a compelling account of why this word has become so zeitgeisty. We live in a time of growing anxiety where some of the past’s certainties have slipped away. I’m part of a generation that will be worse off than its parents – an idea that would have been unthinkable while I was growing up. We have conflict with ideologies rather than nations, and we are suffering from a banking crisis that seems wholly conceptual in nature.

This level of uncertainty has left us looking for guidance and the only place we seem to know to look is to capitalism, celebrity and money: we want people deemed credible to make our decisions for us; we need shops to curate their products in the hope that the mere use of the word imbibes them with an unknowable value.

Basically we need to be reassured through our consumption of things.

At the end of the talk someone in the audience asked what we used to use in place of curator to talk about, I don’t know, a band organising a concert or a celebrity endorsing a new range of high-end clothes. I’ve been thinking about that since and actually the answer is pretty simple; we just used “apostrophe “s, as in “Alexa Chung’s” or “David Byrne’s”. Nothing fancy or complicated.

It’s good, language, isn’t it? When we use it properly.