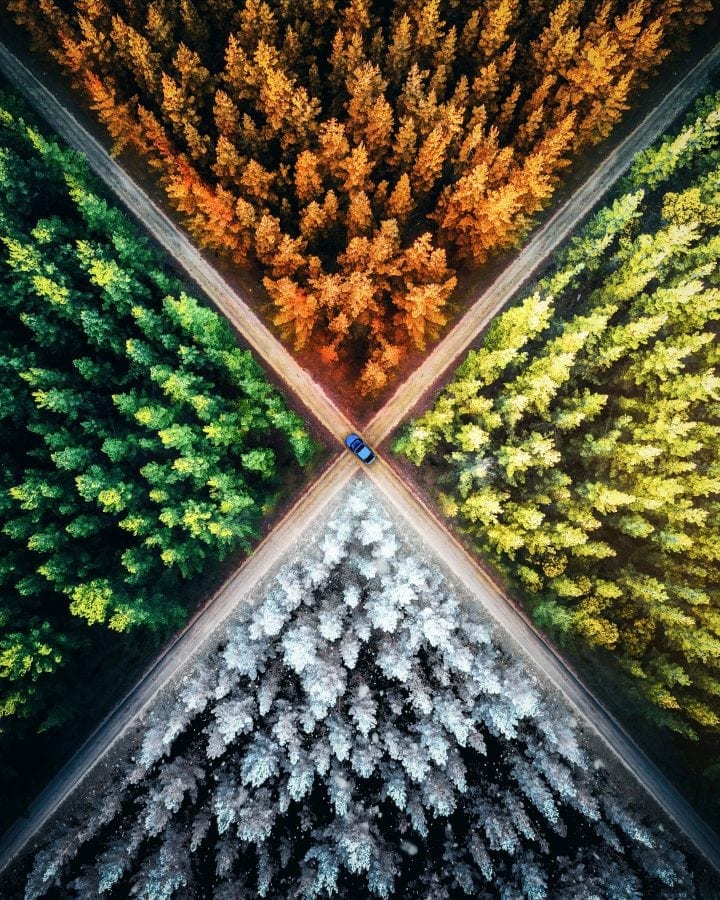 These breathtaking pictures captured from a drone reveal the secret patterns of the Australian landscape that can only be seen from the sky.

The aerial photographs take both human and natural scenes and turn them into dazzling bird’s-eye views.

In one image, shipping containers sitting in the docks of Melbourne form dozens of colourful lines.

Another picture makes hundreds of wooden pillars in the water from an old seaside pier look like a geometric pattern of dots when seen from above.

Natural environments like the sand dunes of New South Wales look almost like the swirling froth on top of a cappuccino.

And the trees of Belanglo State Forest in the same state are shown sliced into four sections by a crossroad, with the colours tweaked to make each quarter look like a different season.

Demas Rusli, 26, has spent to last two years travelling far and wide to find the best locations to shoot from the sky.

A trained architect, Demas says it is no coincidence that his photography has a strong sense of shape and scale.

He said: “My training as an architect has been huge in informing my approach to photography and how I see the world.

“I always look for all kinds of symmetry and geometry when taking photos, regardless of whether they are drone photos or not.”

For this reason, a person almost always appears in his vast aerial landscapes.

Demas, from Sydney said: “Placing a human figure in my images is quite important as it gives the image a sense of scale and relatability.”

Some of the images play with the viewer’s perceptions of space.

In a disorientating picture taken from above a basketball court, a player lying on the court appears to be hanging from one of the painted white lines.

“I like to challenge people’s perceptions on how we see the world,” said Demas. “It gives the viewer another dimension to the image.”

Before heading out to shoot, he said he would often browse on Google Maps to find the places that might look good from the sky.

He added: “I try to look for patterns and geometries that can only be seen from above.