Corporate vultures are pecking at the bones of the UK’s coronavirus-hit economy.

by T.J. Coles
in Business and Economics 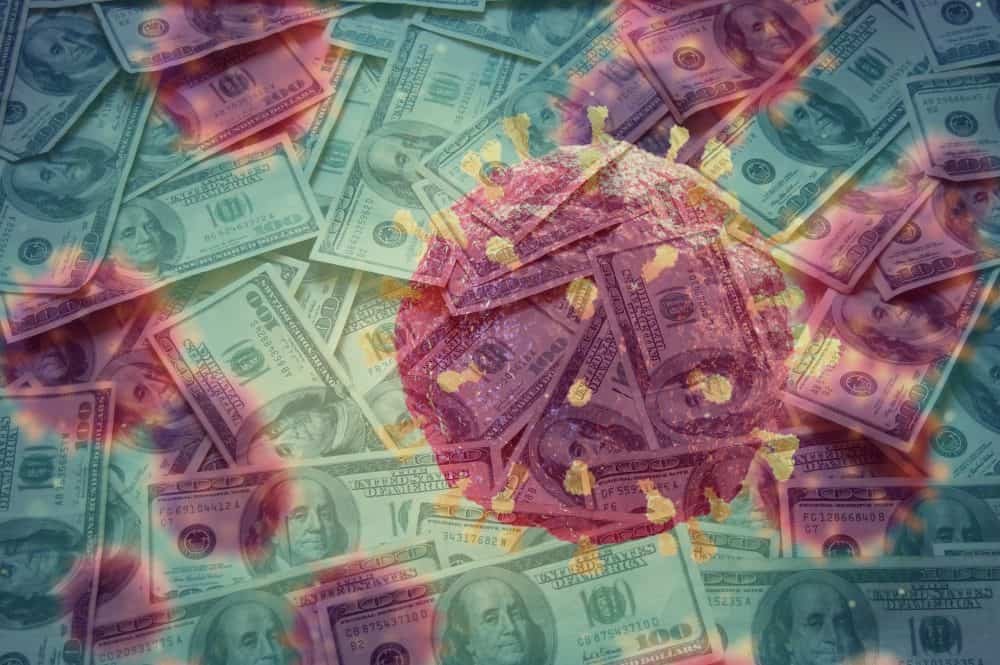 In any crisis there is opportunity: opportunity to learn and grow, but also opportunity to profit and exploit. Globally, big corporations are doing the latter. In the UK, asset firms like Jacob Rees-Mogg’s Somerset Capital Management hold the key to where post-crisis investments will be made. Hedge funds, including the Brexiteer and Tory donor Crispin Odey’s eponymous company, have already profited by short-selling shares in failing businesses. Taking advantage of low Bank of England interest rates, high-street banks have not given up on their plans to charge up to 40 percent interest rates on customer overdrafts. Meanwhile, small businesses are going under.

At present, private equity managers worldwide have over $2 trillion in un-invested cash. This is despite the general public being told that crippling and selective austerity is necessary because neither governments nor investors have the money to spend on society. BMO Global Asset Management makes the remarkable point that long before the COVID crisis, many big companies had been artificially boosting their share prices by buying their own stocks (buy-backs). Referring to Standard & Poor’s 500 ratings index, BMO states that in the S&P 500, “50 per cent of all free cash flow is now used to re-purchase stock.”

Will companies merely keep propping up their own market values, or will they for once put that money into the real economy to help drive post-crisis growth? EuroMoney reports that investors have plenty of money to rebuild economies and profit at the same time. They have “venture capital to support growth; dedicated infrastructure, real estate, special opportunities and distressed funds.” The article says that “Cash is king” and concludes that “[t]he guardians of these large pools of private capital are sitting on a lot of it … [T]hese private cash buyers will be big drivers of whatever happens next.”

Tory Leader of the Commons, Jacob Rees-Mogg, holds a 15 percent stake in Somerset Capital Management (SCM). Fund manager Mark Asquith wrote to clients about COVID: “Market dislocations of this magnitude happen rarely, perhaps once or twice in a generation, and have historically provided excellent entry points for investors.” Rees-Mogg’s investor father, the late Sir William, once co-authored a book entitled Blood in the Streets, advising on how to profit from disaster. So far during the crisis, SCM has invested in private health companies, including the Brazilian insurer Hapvida, the Chinese firm Advantech, and the South African pharmacy, Clicks.

The foxes are now in charge of the henhouse. PM Boris Johnson appointed Vote Leave’s former campaign director, Dominic Cummings, to advise his Tory government. Cummings is a go-between of government and hedge funds. In August 2019, it was reported that Cummings had told a gathering of Tories that he was off to meet hedge fund managers to convince them to donate to the party in anticipation of the impending general election. During the general election campaign, the Tories broke records for donations, including from hedge funds.

ITV’s Robert Peston remarked on “the hedge-fund culture that has taken hold at the centre of government,” noting that ex-Chancellor Sajid Javid’s replacement, the Brexiteer Rishi Sunak, had worked for the hedge funders, Sir Christopher Hohn and Patrick Degorce. Hohn and Degorce’s benign-sounding Children’s Investment Fund (CIF), for which Sunak worked in the late-2000s, was known as an “activist-investor,” exemplified by its buying stock in the troubled US railroad firm CSX. Sunak was a CIF junior partner at the time of the CSX controversy.

When CIF split, Sunak and investment partner John Sheridan went to work for Degorce’s Thélème Partners, which invested in Rupert Murdoch’s News Corp and in the US hospital group, Community Health Systems. Sunak and his wife then set up Catamaran Ventures. When the COVID crisis struck, Sunak asked his former hedge fund partner Sheridan for advice on the government’s £330bn stimulus package, which most small and medium-sized businesses have been unable to access. Bloomberg reports: “Treasury officials were asked to pass publicly available information to Sheridan so he could build a financial model for the government’s business loan program.”

More generally, the Telegraph reports that hedge funds “have prospered from big bets against British shares.” By early-March, they had started “dividing the spoils of a brutal week in financial markets.” As European countries banned short-selling, the Tories allowed it to continue. BlackRock, which is now advising the US Federal Reserve and is advised by former Tory Chancellor George Osborne, has profited from shorting UK businesses, as has JPMorgan Asset Management. Despite requests from the Bank of England not to short British stocks, hedge funders Marshall Wace and Crispin Odey betted against British companies, including the very company contracted by the government to manufacture personal protective equipment (the fashion designer/producer Burberry). The Marshall Wace fund also betted against EasyJet, WizzAir, and the Weir Group. Odey Asset Management reportedly made £115m from the recent stock market crash.

Sunak worked as a junior analyst at the US bank, Goldman Sachs. His former boss, Richard Sharp, was recently drafted by the government to work for Sunak as an advisor during the crisis. Until recently, the government’s Covid Corporate Financing Facility (CCFF) asked small businesses to borrow from commercial banks, including Goldman Sachs, at market rates despite there being record-low interest rates set by the Bank of England. Other banks involved in the CCFF scheme include Bank of America, Barclays, BNP Paribas, HSBC, JPMorgan, Lloyds, Morgan Stanley, and NatWest.

At present, millions of Britons are in overdraft debt, totalling £7.7bn. The Financial Conduct Authority recently approved increases of up to 40 percent on overdraft interest. As banks’ quarterly profits halve due to sour loans, the burden is being shifted to customers as many banks rely on the hiked overdraft interest rates to try to claw back some cash.

Despite the coronavirus crisis, only NatWest/RBS had paused increases to rates by late-March. HSBC, Lloyds, Nationwide, and Santander imposed near-40 percent increases, despite the Bank of England cutting rates to the record low of 0.1 percent. Barclays, HSBC, Santander, and Lloyds (which owns Halifax and Bank of Scotland) offered limited, interest-free buffers until late-June/early-July.

But the government is allowing giant corporations to borrow at rates close to the BoE’s record-low interest levels. The government loaned EasyJet a near-interest-free £600m. The company’s own founder, Sir Stelios Haji-Ioannou, described the bailout as “a misuse of UK taxpayers’ money,” so much so, in fact, it is possibly “the biggest scandal in British corporate history.” Haji-Ioannou suggested that the company instead scrap plans to order 107 Airbus planes. Borrowing at 0.6 percent, the government is lending Hungary’s airline WizzAir an estimated £300m, as well as a further £600m to the Holiday Inn chain’s owner, IHG.

As the wealthy figure out ways to keep their living standards sky-high, the rest of the UK struggles to stay afloat. By mid-March, half of low-income parents said that they had not received food vouchers or parcels and were worried about their children going hungry. By mid-April, 2m people in the UK had lost their jobs. The Corporate Finance Network reckons that 20 percent of the UK’s small-to-medium-sized enterprises will go bust in the near future, causing a projected 4m people to face unemployment.

The structures left in place by decades of neoliberal economic policies have made Britain more fragile than it should be. The British public must reflect on whether they want to continue down a path of institutionalised greed or whether they want a more humane system.