"We've had a run on champagne - the poshest champagne", one bartender at a City pub said. 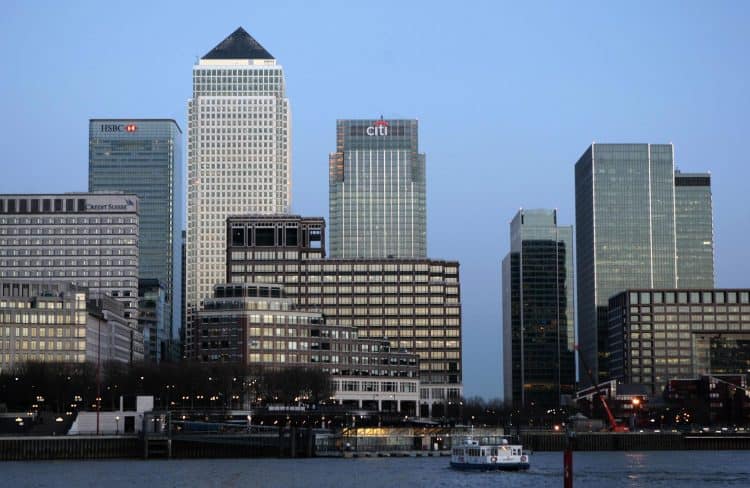 Bankers will this week start collecting the biggest bonuses since the 2008 global financial crisis, just as Brits face the most severe squeeze on their incomes since the early 1990s.

Amid an “increasingly intense war for talent”, high-paid bankers will this week celebrate “particularly obscene” bonuses in the pubs and bars of the City of London, according to The Guardian.

James, a bartender at the New Moon pub on Leadenhall Market, in the heart of the City, told the newspaper: “We have had quite the run on champagne – the poshest champagne we stock.

“They come here to celebrate when they get told their ‘number’ – the numbers seem to have been particularly obscene this year.”

Mergers and acquisitions (M&A) bankers earned total fees of £2.6 billion in 2021, according to research by financial data firm Refinitiv – the highest annual total for M&A banker fees since its records began in 2000.

That money – fuelled by a frenzy of corporate takeovers amid a flood of private equity cash – is now set to be funnelled down to bankers in their bonuses.

According to The Guardian, London’s big four banks – Barclays, HSBC, Lloyds Banking Group and NatWest – are set to pay out bonuses totalling more than £4 billion in the next fortnight.

The banks’ combined annual profits will likely exceed £34 billion – the most since 2007 in the pre-crash boom.

It comes after Andrew Bailey, the governor of the Bank of England, who was paid £575,538 last year, called on workers not to ask bosses for pay rises to help control inflation, which has rocketed to a three-decade high of 5.4 per cent.

Gary Smith, general secretary of the GMB union, which represents 600,000 mostly frontline workers, said: “These sky-high banker bonuses are a kick in the teeth for everyone suffering with the cost of living crisis. I hope Andrew Bailey tells his banking mates to show the same ‘restraint’ he so readily demands from underpaid workers in the rest of the economy.

“Essential workers, like our nation’s carers, often earn pennies above the minimum wage. Mr Bailey should step out of his banking bubble and shadow these workers to see the people who actually deserve a proper pay rise.”

Frances O’Grady, the general secretary of trade union body the TUC, said the astronomically high bonuses were “an insult to working families across Britain”.

She told The Guardian: “While millions struggle with the cost of living, executive bankers are set to receive yet another cash windfall. At a time when workers are being told not to ask for a decent pay rise, no such restraint is being asked of the City. We should be holding down bonuses, not ordinary people’s wages.”

Luke Hildyard, the director of the High Pay Centre, added: “Decades of economic deference to the super rich have brought us to a point where bankers are raking in historic pay awards while the rest of the country is crippled by rising prices and wage stagnation.

“This wealth isn’t ever going to trickle down without action from policymakers. It’s in the interests of everybody, not least the banks’ shareholders, customers and lower-paid workers who ultimately bear the cost of these awards, that we strengthen employment rights, corporate governance and progressive taxation to build an economy that works for everyone.”