"Our Prime Minister is sitting down with his Union Jack talking utter nonsense - that’s where we need leadership." 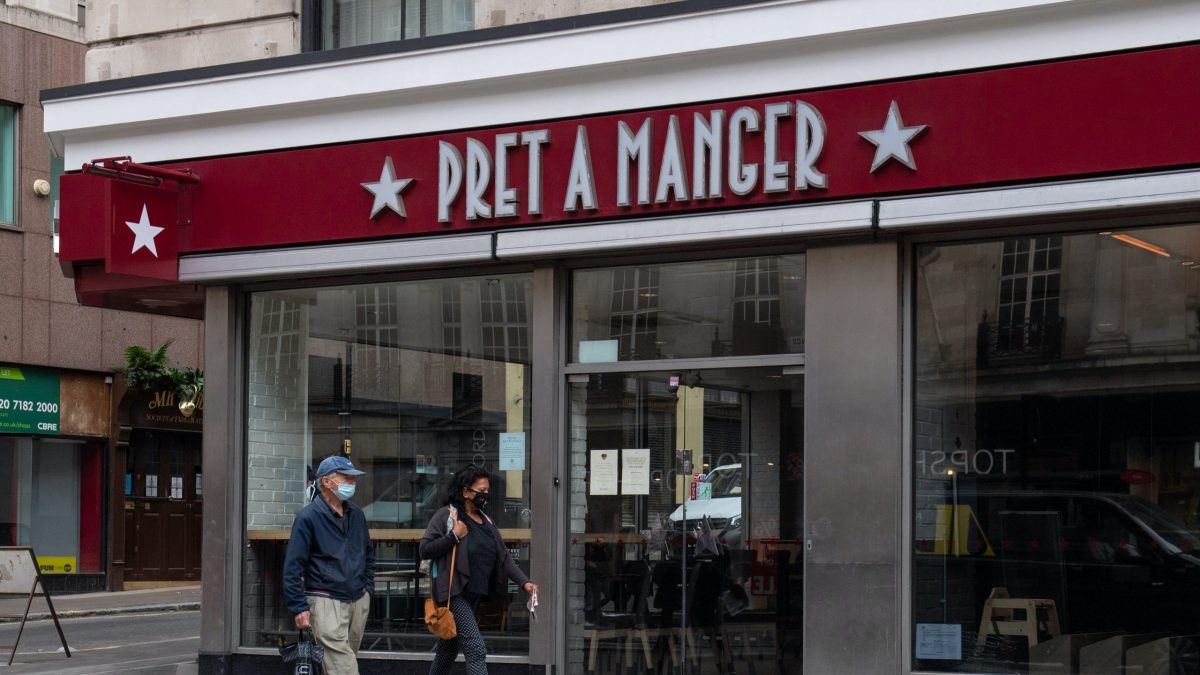 The founder of Pret a Manger has accused Prime Minister Boris Johnson of a lack of leadership which has amounted to nothing more than “sitting down with his Union Jack talking utter nonsense”.

Restaurateur Julian Metcalfe’s criticism is in response to the Government’s latest measures to curb coronavirus infections announced on Tuesday.

It includes a 10pm curfew for pubs and restaurants plus a call for office staff to work from home if possible, which he described as “criminal”.

“We have just not begun to touch the seriousness of this”

Mr Metcalfe warned the restrictions – which could last for six months – are having a “devastating” impact on people’s lives and the loss of thousands of jobs while the Government is just “bickering, arguing and not agreeing on what to do”.

He told BBC Radio 4’s World at One programme: “The repercussions of this six months is going to be devastating to so many people, to local councils, to industry, to people all over our country, just devastating.

“We have just not begun to touch the seriousness of this.”

He believes the Chancellor is looking to replace the furlough scheme which helps protect jobs but stated the nation cannot continue borrowing and going into debt.

Mr Metcalfe told the programme: “What we need is the Government, particularly our Prime Minister, this man sitting down with his Union Jack talking utter nonsense, that’s where we need leadership.

“What I would advise our Prime Minister to do, number one is get aligned with his team.”

Mr Metcalfe, who is also the boss of the Itsu, said the chain of restaurants is running with around half of its original 1,400 staff during the pandemic, but the wider concern must be for the wellbeing of the nation.

He said that clarity is needed from the Government, which should also share information and behave in a responsible way.

Mr Metcalfe told the programme: “To turn to an entire nation and say ‘stay at home for six months’ and to spout off some Churchillian nonsense about we’ll make it through, it’s just terribly unhelpful to this country.

“Speak to people in the local councils – devoid of income.”

On the likelihood of a company like Itsu still surviving in a year’s time, Mr Metcalfe said “it may or it may not, but I honestly don’t think that it important right now.”