She's not even prime minister yet and the economy is tanking. 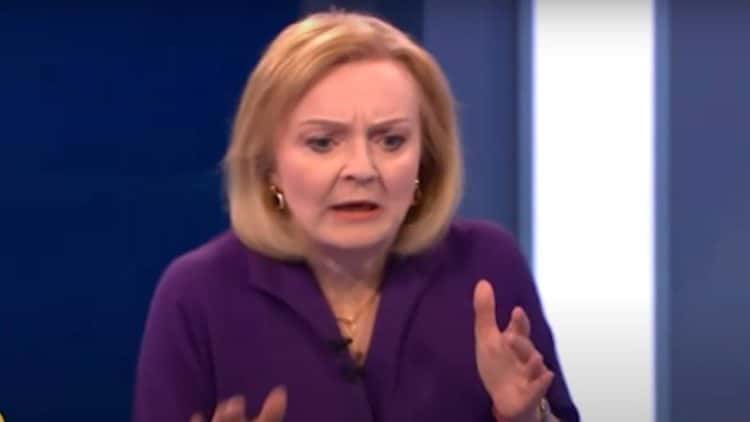 The pound has slumped to its lowest level this year as the market responds to Liz Truss’s worrying economic plans.

Official figures showed the government borrowed £4.9 billion in July to plug the gap between tax revenues and spending.

This is £4.7 billion higher than expected by the Office for Budget Responsibility (OBR), and comes amid a 63 per cent jump in debt interest costs.

Truss, the frontrunner in the race to become the next prime minister of the United Kingdom, has pledged several ‘pie in the sky’ tax cuts that could severely impact the public purse.

She has pledged to reverse a £13 billion rise in National Insurance payments introduced by former chancellor Rishi Sunak and she has also pledged to temporarily scrap green levies on energy bills, which would be worth around £320 per household.

Pantheon Macroeconomics said it expected the combination of extra support, surging inflation and a recession to cause government borrowing to hit £170 billion this year, in contrast to £99 billion forecast by the OBR.

Investec said government energy bill subsidies alone could cost the Exchequer up to £62 billion if they chose to shield all households from the increases starting in October, adding further to Britain’s borrowing bill.

Mr Sunak has warned that Ms Truss’s plans will make the dire economic situation worse, warning of “misery for millions” by pouring “fuel on the fire” by raising inflation.