If footfall fails to fully recover, 1 in 6 retailers estimate they will only be able to stay afloat for a matter of months. 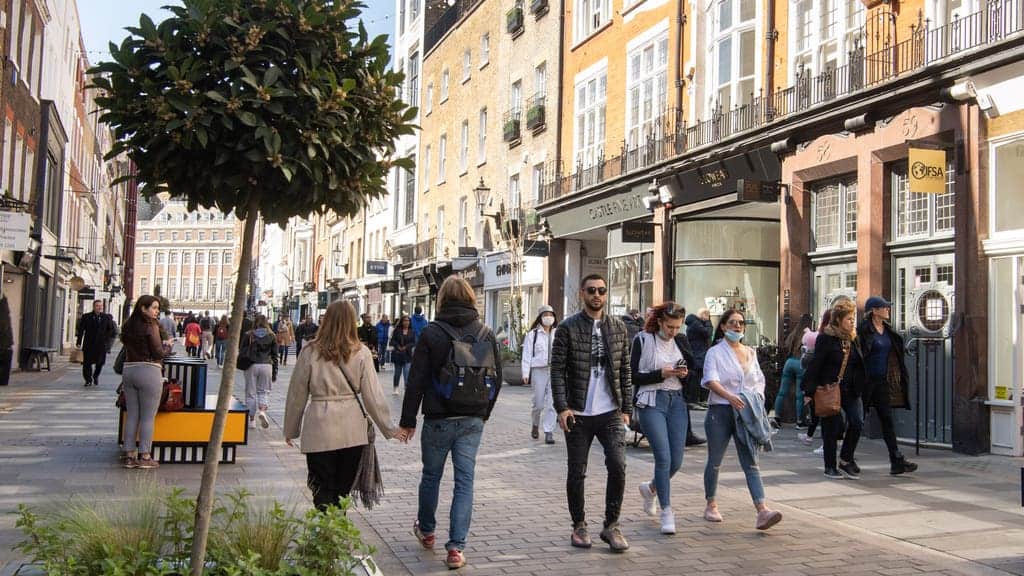 Campaign group Save The Street is urging the government to stimulate local spending after new figures show lockdown easing is not luring people back to high streets.

In the hours up to 12:00 today, the number of people visiting shops in all UK destinations was down by 3.5 per cent compared with the same time on Monday 10 May, an even bigger fall than at 10:00.

The Springboard figures show retail parks and shopping centres fared worst, with footfall down by 4.3 per cent in both, while shopping on UK high streets was 2.7 per cent lower.

Shoppers in Scotland seem to be especially reluctant to go out, with the number of people out and about in the shops down by 7.1 per cent compared with last week.

Again the starkest picture is painted by drawing a comparison with the same day and time in 2019, before the pandemic. Those figures show that visitors to all shopping destinations were down by 27.9 per cent.

Ross Bailey, CEO of Appear Here and founder of Save The Street, has proposed an incentive scheme for small high street shops similar to last year’s Eat Out To Help Out initiative for the hospitality sector.

The ‘Shop Out To Help Out’ proposal would see the Government cover 50 per cent of the cost of what the public buys at independent retailers, capped at £10.

If footfall fails to fully recover, 1 in 6 (16 per cent) retailers estimate they will only be able to stay afloat for between one and three months.

With every £1 spent with independent shops generating an additional 63p of benefit for their local economy – compared to just 40p generated by large firms – Save The Street is urging the chancellor to look again at their stimulus proposal and do all he can to save the endangered independent shops that are the beating heart of Britain’s local communities.

Kwasi Kwareng sacked… these reactions sum it all up perfectly