Following emergency powers invoked by the Spanish government in October 2017, Catalonia remains very much a part of Spain, at least in the short term. Within the Catalan parliament, there is now a slim majority of pro-independence parties, which still leaves the possibility of the region to secede very much on the table. So, would Catalonia […] 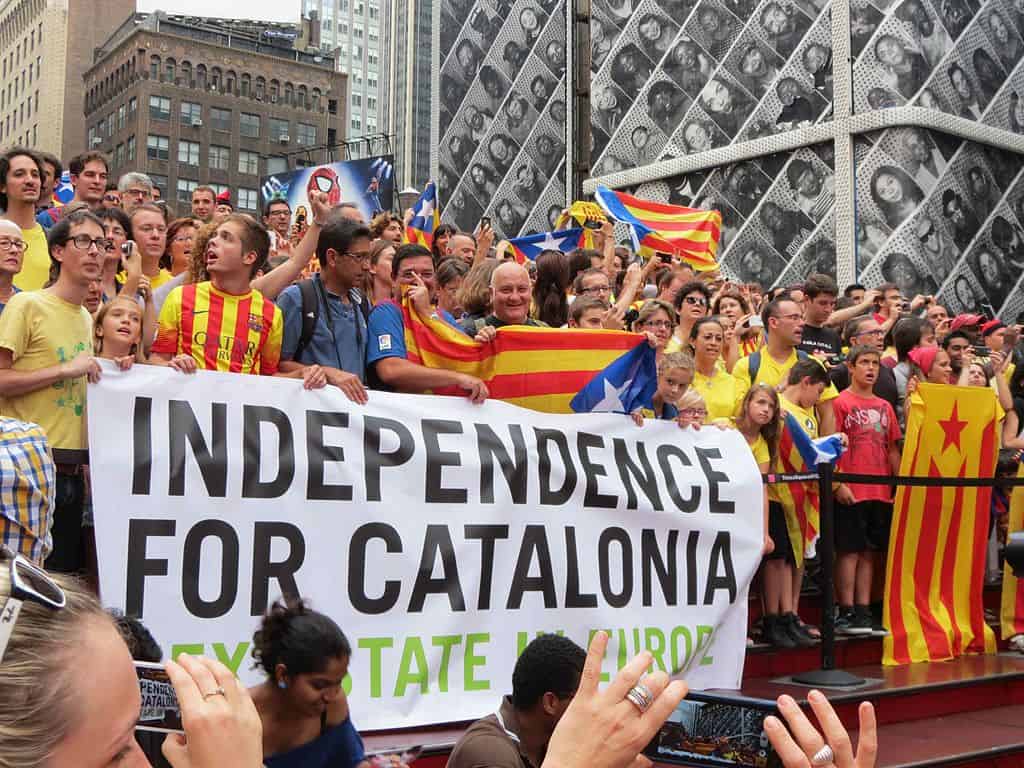 Following emergency powers invoked by the Spanish government in October 2017, Catalonia remains very much a part of Spain, at least in the short term. Within the Catalan parliament, there is now a slim majority of pro-independence parties, which still leaves the possibility of the region to secede very much on the table.

So, would Catalonia be able to stand on its own two feet if it were to become an independent state? At first glance, it would appear the region’s infrastructure would certainly be able to cope, given that it has its own parliament, police force, television broadcast regulator and such. The real challenge would most definitely be the creation of new borders and their efficient control, as well as the establishment of a central bank of Catalonia, both of which are currently managed by the Spanish government in Madrid.

The economic case for Catalonia to stay or go

On an economic level, Catalonia’s exit from Spain would be impactful on the nation as a whole. The region currently generates around a fifth of Spain’s entire GDP and over a third of the nation’s exports overseas. Almost a quarter of Spain’s 75 million tourists visit Catalonia for their holidays each year, positioning it comfortably as Spain’s number-one tourist hotspot.

Madrid has already confirmed it would push the European Union (EU) hard to expel Catalonia as a member state in the event of independence, but doing so would require all EU member states to agree – an arguably unlikely scenario. Subsequently, the economic impact of Catalan independence on the UK is not thought to be significant. Were Catalonia to remain in the EU after parting from Spain, the state would be part of the post-Brexit trade deal that the UK is attempting to negotiate with all EU member states. Furthermore, if the EU’s members states were to listen to Madrid’s pleas and agree to vote Catalonia out of the EU, the UK would be free to secure a bespoke post-Brexit trade deal with a truly independent Catalonia, which both countries would be likely eager to reach.

However, aside from the fact that Catalans pay more in taxes than the figure the Spanish government spends on the region – and the prospect of an independent Catalonia being able to recoup the difference upon seceding – the biggest millstone around the region’s neck is its public debt. Presently, the Catalan government owes €77bn, €52bn of which is owed to the Spanish government directly. This debt equates to more than a third (35.4%) of Catalonia’s GDP. The Spanish government has created a fund to provide much-needed capital to various regions of Spain following the global recession. Catalonia has benefited most from the scheme to date, receiving an additional €67bn in emergency funds since the fund was put into place in 2012. Independence would leave Catalonia on its own financially and it would place sizeable question marks over the amount of debt the region would be willing to pay back to Madrid. Furthermore, Madrid could insist that Barcelona – which would almost certainly become the Catalan capital – shoulders some of the country’s national debt immediately as part of the terms of seceding.

Could Catalonia remain part of the Eurozone?

There’s also the matter of currency, with Catalonia’s departure from Spain possibly resulting in removal from the European Central Bank. If Catalonia was forced to reapply to become an EU member state, it would also be required to apply to join the euro once again. This application relies on national debt being lower than a modest percentage of GDP, which is currently a big issue for Catalonia. Nevertheless, some countries use the euro with the EU’s blessings despite not being a member state. In addition, Kosovo and Montenegro both use the euro without the EU’s go-ahead and subsequently don’t have access to the European Central Bank. One might assume that is a model Catalonia could adopt if it was backed into such a corner.

2018 could yet be a pivotal year in the history of Catalonia and Spain as a whole. Catalonia’s parliament met for the first time this month since the region’s failed attempt at secession. Catalonia’s pro-independence parliament, which enjoys a 70-65 majority over pro-unionists, is keen to nominate exiled former leader Carlos Puigdemont as its figurehead at the end of this month, but Madrid insists it will maintain direct control over the region if the Catalan parliament considers allowing Mr Puigdemont to govern from Belgium.