Former chancellor Lord Lamont has warned ‘the difficult part is yet to come’. 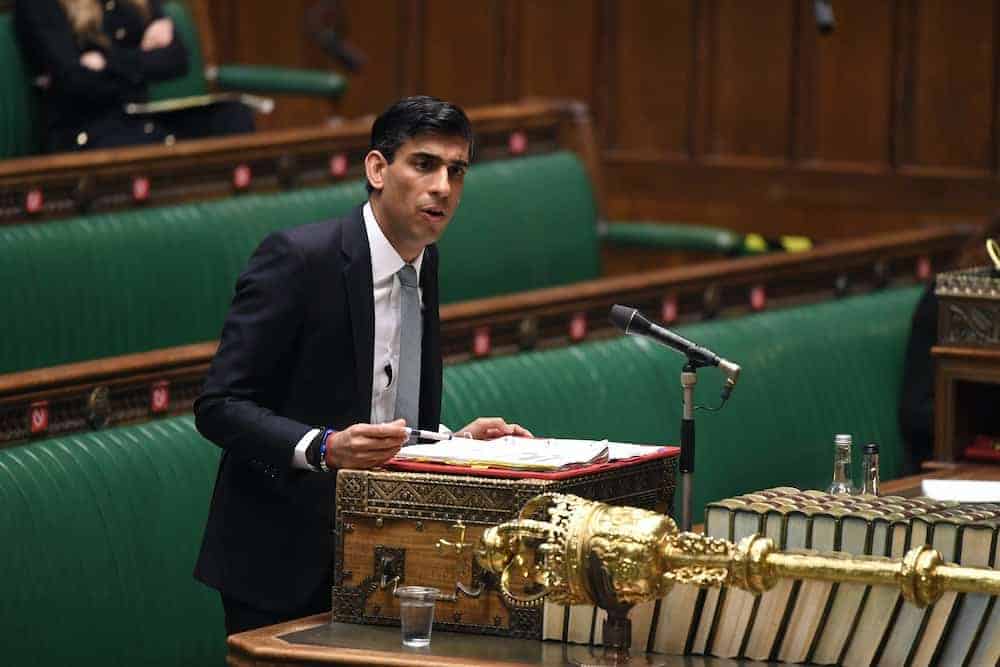 Rishi Sunak may find “words are for eating” and be forced to reverse any opposition to writing off “toxic” Covid-19 debt facing companies, a former chancellor has said.

Lord Lamont of Lerwick applauded the “bold” measures taken by the Chancellor, although he warned that the “difficult part is yet to come” as Britain faces a “tsunami” of job losses.

He also insisted that lifting restrictions, such as social distancing “when health considerations allow”, would be better than any financial rescue package.

His comments came as peers considered the Finance Bill, which enacts measures contained within the March Budget, and the stamp duty holiday for buyers in England and Northern Ireland.

Lord Lamont said Mr Sunak does not need to act in the autumn to address the cost of his multibillion-pound measures in response to the coronavirus pandemic, but he does need to “set out a timetable” in order to show that “long term the finances will be sustainable”.

He told peers: “There’s also another cloud approaching – that of private and corporate indebtedness.

“The longer restrictions go on, the greater this becomes.

“Already in the US some banks have made huge provisions. The new head of the OBR (Office for Budget Responsibility) warned of the possible need for a massive write-off of toxic Covid debt in order to stop the economy from stagnating.

“The Chancellor has already rejected this but I fear he may find, as politicians so often do, that words are for eating.

“The Chancellor has been bold, I applaud him, but the difficult part is yet to come.”

Lord Lamont earlier warned that the job retention bonus (JRB) scheme, which involves paying a £1,000 bonus to firms taking staff off furlough, may “partially postpone the cliff edge back to January”.

But he said: “It is difficult to believe we’re going to avoid a tsunami of job losses.

“The hard truth is this – no Finance Bill, no fiscal stimulus, no monetary stimulus can entirely compensate for the effects of restrictions like lockdown or social distancing.”

Lord Lamont said the Government’s £1.57 billion package of assistance for the arts was well received, although he noted: “I doubt if it will result in theatres or concert venues putting on a single extra performance because most of the money will go on mothballing facilities because theatres need to sell something like three out of four seats.

“In the meantime in South Korea, Phantom Of The Opera is selling to packed houses because social distancing does not exist in theatres.

“Financial support is fine, lifting restrictions is better and should be – when health considerations, of course, allow – the goal.

“It’d be good if ministers could emphasise this more. Instead, some ministers talk about social distancing being here to stay or face masks being here for the foreseeable future.

“For an economy like ours, largely service and where services depend partly on human proximity, social distancing is not easily compatible with them.

“Sir Patrick Vallance (chief scientific adviser) has said there’s no reason people shouldn’t work at home. We have to consider the economic effects – on our offices, on the City of London, on the hospitality sector.”

Ulster Unionist Party peer Lord Empey said the streets in Westminster are “largely empty” and this is “symptomatic of around the country”.

He told the same debate: “I think we need to get our act together and bearing in mind if there were to be a second spike, I think our economy would be in colossal difficulty.”

Conservative peer Lord Naseby agreed that people must return to work as it is “the only way we’ll get back to normal life”.

Contributing virtually, he said: “In my judgment, now all employees should return to work both in the public and private sector and not stay at home.

“We must, for their sake, reassure them they are going to be safe and they need to use public transport.”

Moving to the financial hub of London for work from abroad