The test of successful branding hinges on three things; Is it meaningful, is it likeable and is it memorable? Or so Matt Symonds of Fortuna Admissions tells me. I honestly don’t know what makes a brand successful, but as I sit here on a train to King’s Cross from Leeds I can’t help but feel a […] 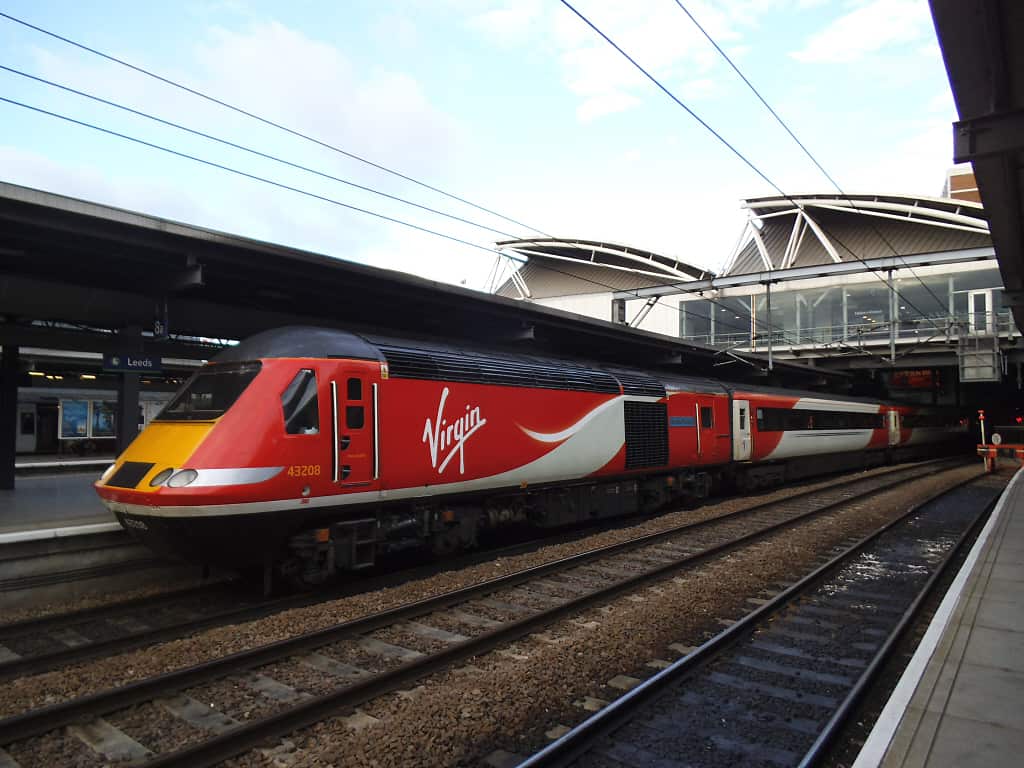 The test of successful branding hinges on three things; Is it meaningful, is it likeable and is it memorable?

Or so Matt Symonds of Fortuna Admissions tells me. I honestly don’t know what makes a brand successful, but as I sit here on a train to King’s Cross from Leeds I can’t help but feel a little unsettled by the Virgin branding that litters the iconic InterCity 225’s that have worked the 393-mile long line skirting the spine of Britain since the early ‘90s.

The franchise for the line was sold to Stagecoach and Virgin in November of last year and has been operating under Virgin Trains East Coast since March 1st, bringing it back into private hands after five years being run by publicly-owned East Coast. The debate over whether or not this move is in the interest of the tax paying public has already been settled; it wasn’t. In fact, it was probably the biggest parliamentary swiv since Royal Mail was sold off to Osborne’s mates.

But that’s by the by. What really concerns me today – other than the painstakingly slow £10 wifi connection – is how ridiculous the new trains look.

Despite having only a ten per cent share in the company, the familiar red of Richard Branson’s Virgin is the brand Stagecoach consented to be painted across its newly acquired fleet of trains. At the moment most of the rolling stock is only partially tarred by the Virgin brand, but soon enough all of the proud InterCity trains will be coated in a colour that is so out of touch with the line’s identity that it’s almost laughable.

The East Coast mainline is refined and stylish. Parts of it are among the most scenic train routes in the country. It is a line that holds a place in the hearts of all who have travelled it, evoking feelings of nostalgia, warmth and an inherent likeability. The Virgin brand is about none of these things and has become so diluted that it’s hard to think what it means any more. How can it have any semblance of ‘meaning’ when it’s a brand that is slapped on everything from small business loans to space tourism?

This game of sticking a Virgin brand on anything they can find makes it really rather unlikeable. When logistics firm Sea Containers took the franchise in ‘96 they branded their operations GNER – Great North Eastern Railway – using the slogan ‘Route of the Flying Scotsman’ to really drive home an almost patriotic pride in a line that has seen Sir Nigel Gresley’s Mallard break the speed record for steam locomotives, saloons carting royalty around the country and classes worth of witches and wizards going to school on the Hogwarts Express. Virgin Trains East Coast opted for slogans such as ‘The Start of an Amazing Journey’, which is a really wanky way of degrading a line of such prominence in popular culture.

Ultimately, there is nothing memorable about Virgin Trains East Coast. When the deal was announced last year Transport secretary Patrick McLoughlin said passengers will be at “the heart of the service”. But a tenth off the price of a ticket to Stevenage doesn’t appease me. The genericness of Virgin’s brand could mean that there’s soon no heart left.