Early reports indicate there were no emergency fridges to hide in... 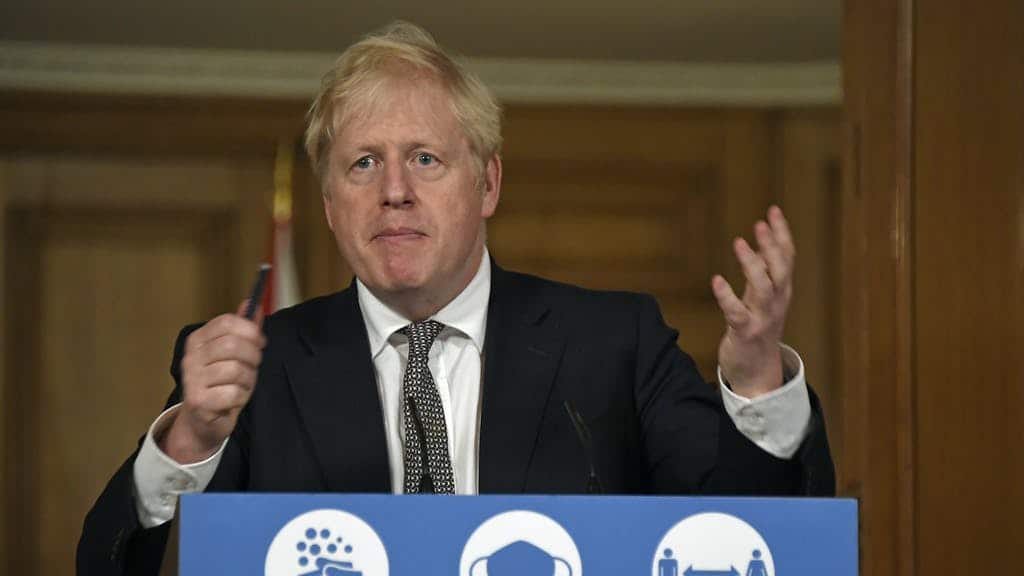 Boris Johnson pulled out of an appearance at the annual conference of the Confederation of British Industry (CBI) on Monday as he prepared to address MPs over the new lockdown for England.

CBI president Lord Bilimoria said is was only the second time a Prime Minister had not spoken at the event.

The group’s director-general Dame Carolyn Fairbairn said on Sunday the second national lockdown will be a “real body blow” for firms and that appearing at the conference was an opportunity for the Prime Minister “to make it absolutely clear that he backs business”.

Only not happened once in history

But Lord Bilimoria revealed on Monday morning that the PM had pulled out and was being replaced by Business Secretary Alok Sharma.

Lord Bilimoria told BBC Radio 4’s Today programme: “It is absolutely normal, in the history of the CBI, for the Prime Minister of the day to address the annual conference.

“To my knowledge this has only not happened once in history.

“He is not going to be addressing us this morning.

“However, we are hopeful that at some stage he will engage with us.”

“Could be a lot better”

Dame Carolyn warned on Sunday that Mr Johnson’s relationship with business “could be a lot better”.

Asked if he is a business-friendly Prime Minister, she told Sky News’s Sophy Ridge On Sunday: “I think he is in his bones, but I think what we now need to see is that in action.”

She said the annual CBI conference is an opportunity for Mr Johnson “to make it absolutely clear that he backs business”, before adding: “It has been a disappointment to me that there hasn’t been a closer relationship there … I think it could be a lot better, I really do.”

Lockdown is a decision for government, not business, but for many firms 2nd national lockdown marks the start of a bleak midwinter. Extending furlough is a vital step. Must use lockdown to roll out mass testing as matter of national urgency – it’s an economic game changer.

Dame Carolyn warned that economic support for business during the pandemic “has felt too often as though it’s tail-end Charlie”, adding that “if that isn’t there then jobs will be lost now”.

She added that mass rapid testing for business “could be a total game-changer” as England prepares to enter a four-week lockdown from Thursday.

“It’s an incredibly difficult time for business – this is a real body blow,” she said.

“So many firms have worked very hard to become Covid-safe, they have been resilient through the first phase, so this is undoubtedly very tough.”

She will warn in a speech on the opening day of the conference on Monday that young people have been particularly hard hit by the recession, with the havoc wreaked by Covid potentially creating a “lost generation”.

She will recommend the creation of a National Commission for Economic Recovery, bringing together business, government, unions, education and other parts of civil society, and call for work to start before the pandemic has come to a close.