by Hubert O'Hearn
in Uncategorised 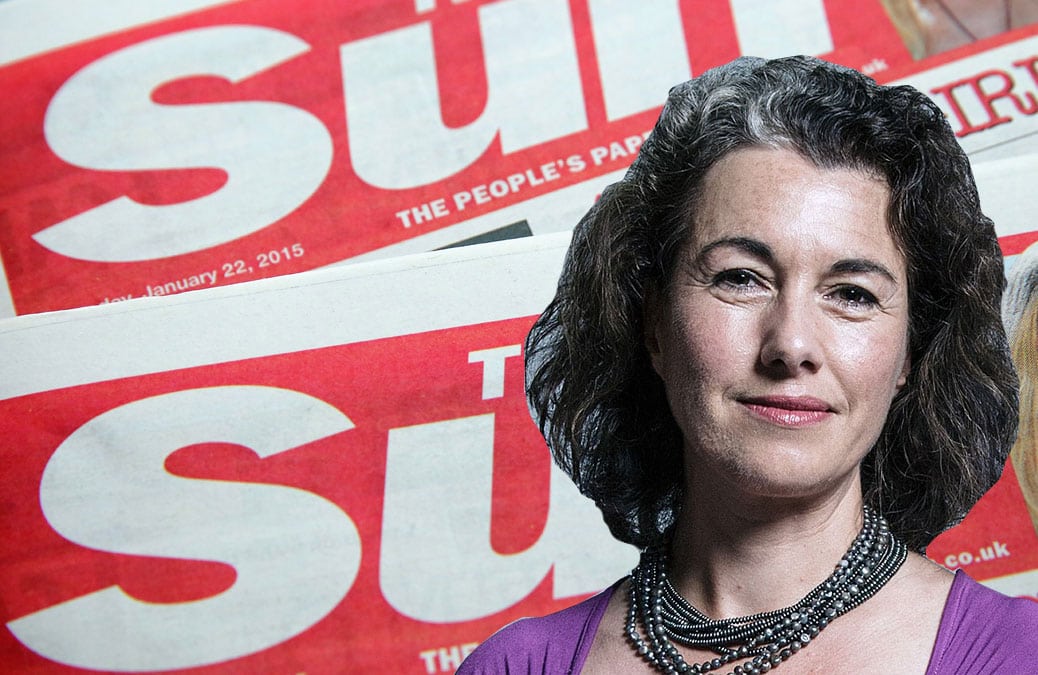 I have never met Sarah Champion and yet I consider her a friend. That counts for something in this world for there is a sort of unspoken contract I have with all my friends: none of them are racists, all are honest, and I stick by my friends no matter what. My faith in Sarah as an intelligent, humanitarian activist devoted to the betterment of life for the disadvantaged, the abused and the vulnerable has not been shaken. Those very qualities that I so admire of course made her a target for that hateful mockery of everything a newspaper is supposed to stand for: The Sun.

Most of you will be at least slightly aware of the specific incident that led to Sarah’s resignation. For those who are not aware, or for those who may have some of the details wrong, here is the story in brief. Partially as an outcome of the recent exposure of the Newcastle paedophilia ring, and as Sarah’s home constituency of Rotherham was cursed with a similar atrocity as unveiled in August 2014, she was asked to contribute her views and findings in a by-lined article that ran in The Sun on August 10.

Whether or not the first point of contact came from The Sun to Sarah Champion’s press office or vice versa is immaterial to the larger picture. Was her personal staff too eager to see their employer receive a by-line in a huge national daily, or too inexperienced to see the dangers lurking there? I suspect so, and I don’t need to ask the question either. Someone though should have known better.

Since its purchase by Rupert Murdoch in 1969, The Sun has taken a sick pride in destroying Labour and leftist politicians, even during its curious rapprochement with Tony Blair’s New Labour. Let us not forget it was Murdoch’s Sun that buried Peter Mandelson with gay innuendo (during a time when that still mattered), ran a photo and headline laughing at Angela Merkel’s posterior, and had one of its reporters found guilty of being in possession of the stolen mobile phone owned by Labour MP Siobhain McDonagh. Were I to list all the sins of The Sun this article would run close to infinity. Someone should have known better than to trust the Murdoch press.

I have Sarah Champion’s word that she was not responsible for either the headline (Sarah Champion British Pakistani men ARE raping and exploiting white girls… and it’s time we faced up to it’) or its opening paragraphs. I believe her, absolutely. That said, I invite you to search the story out and read it yourself. Normally I would include the link here, however there will be skating rinks in hell before I ever directly link to any story in The Sun.

What is in the actual story is a faithful, first-person history of how Sarah has urged action against predatory sex gangs. And yes, part of that action must indeed involve dialogue with communities that shelter abusers and those communities include the Pakistani community. That is not a racist sentiment; that is a realistic, factual appraisal of the situation. My own point of comparison is that it would be impossible to eliminate the rape of young children by rogue priests without asking the Catholic Church why it moved them about from diocese to diocese. And oh by the way, I make that comparison because I was raised Catholic myself so if you want to call me racist you can go Steve Bannon yourself.

And yet again, someone should have known better. The Sun says that Sarah’s press office approved the story (save for suggesting a better photo; the only element in all this that actually made me smile as I remember my own days as a Press Officer) and with a sinking heart I am quite sure it did. As any journo or Editor knows, what would have been sent over as an email attachment would be a plain, black-and-white version of the copy, minus the headline, minus the photos, minus any tacked-on lede. The press office did not recognize the wolf in sheep’s clothing and signed off its approval.

You know the rest. All hell broke loose, the Pakistani community was outraged, various Labour MPs were outraged, Tories were outraged, and Nigel Farage thought it was all just great which made it even worse. Jeremy Corbyn stood by Sarah over the weekend but this had become a story that would not go away, one that would be sure to be raised again and again both in the House and in subsequent elections. My friend resigned and her friend – that would be me – cried a little because of that.

You see, the Sarah Champion I know is as good a person as any I have ever known. She ran art workshops and Arts Centres at children’s hospices and for the Chinese community in Rotherham. The Sun won’t tell you that. The Sun won’t tell you that Sarah entered politics not for power, money or prestige but because in her own words, ‘There are some people who from the moment they were born wanted to be a politician. Whereas for me, since I started working I’ve always been working with the community and I want to carry on doing that.’ The Sun won’t tell you about her continued advocacy for neglected and abused children. Oh, it’ll tell you how she asked for a £17 reimbursement for a Remembrance Day Wreath, but it won’t tell you about the additional funds she shook loose from David Cameron’s government for abuse victims.