This is the moment former Winter Olympian Graham Bell set a world record by being towed across the Arctic Circle at almost 120mph – on SKIS. Bell, 51, braved temperatures of -28C for the daring attempt at Jaguar Land Rover’s Arctic Revi Test Centre in Arjeplog, Sweden. After putting on a pair of skis, the […] 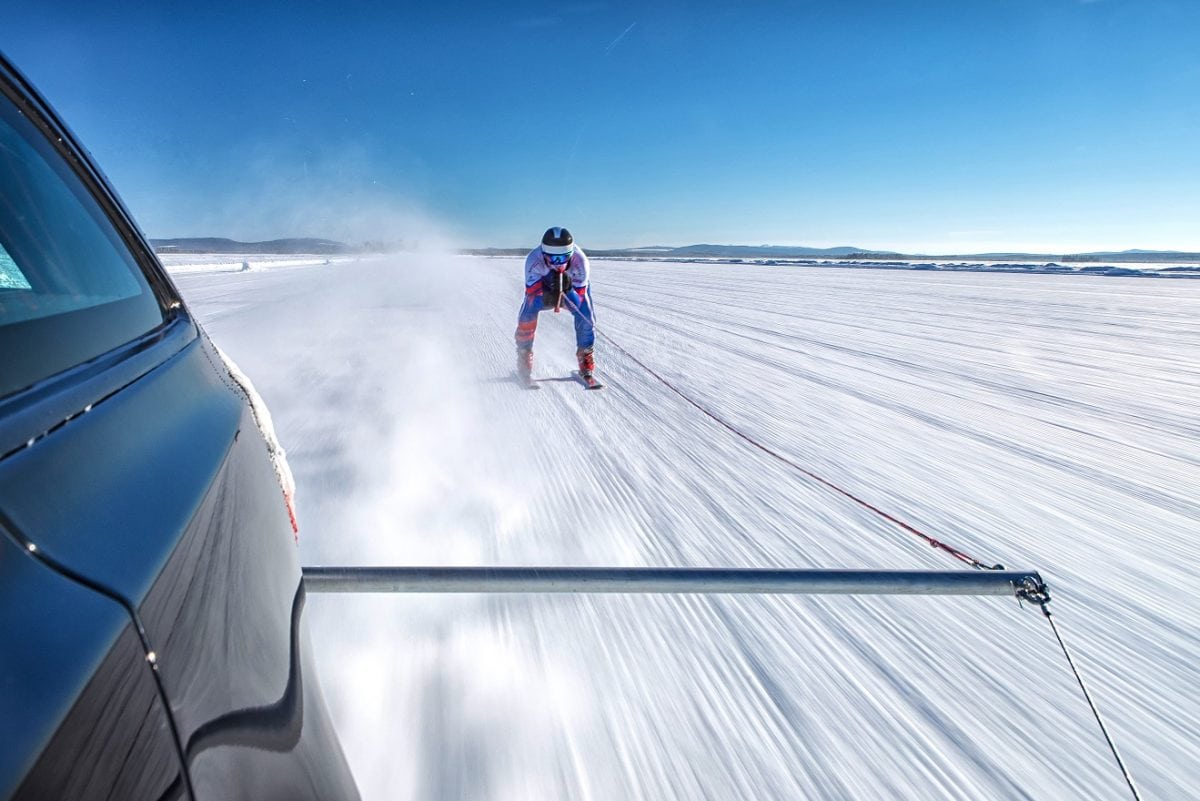 This is the moment former Winter Olympian Graham Bell set a world record by being towed across the Arctic Circle at almost 120mph – on SKIS.

After putting on a pair of skis, the Brit was towed by the new Jaguar XF Sportbrake at 117mph – smashing the previous record for ‘fastest towed speed on skis’ of 70mph.

Bell, who represented Great Britain at five Winter Olympics, said: ”This was one of the most exhilarating experiences of my life.

”It was scary, exciting and absolutely freezing. I am used to travelling at speed on ice and snow, but that was something else.

”Being told we had broken the record by such a large margin was a real buzz.”

It is used by the British manufacturer to test its new models to the limits. 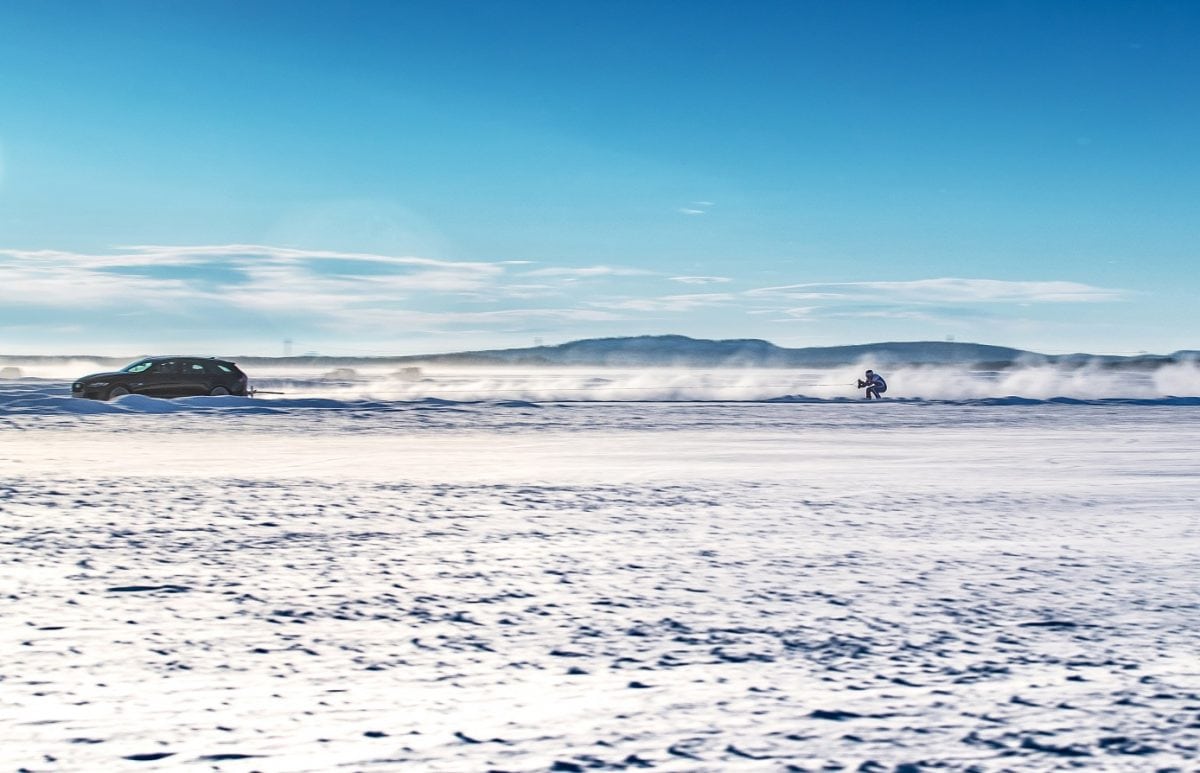 “We’re extremely proud to have supported Graham in this incredible world-beating achievement – it’s this kind of trail-blazing activity that really tests our cars to their limits.

“The XF Sportbrake builds on the success of the saloon and has all of the advanced all-wheel drive (AWD) technologies and aluminium-intensive architecture that have made the XF a multi-award winner.”