Scott Lowe, 30, was banned from driving for 15 months 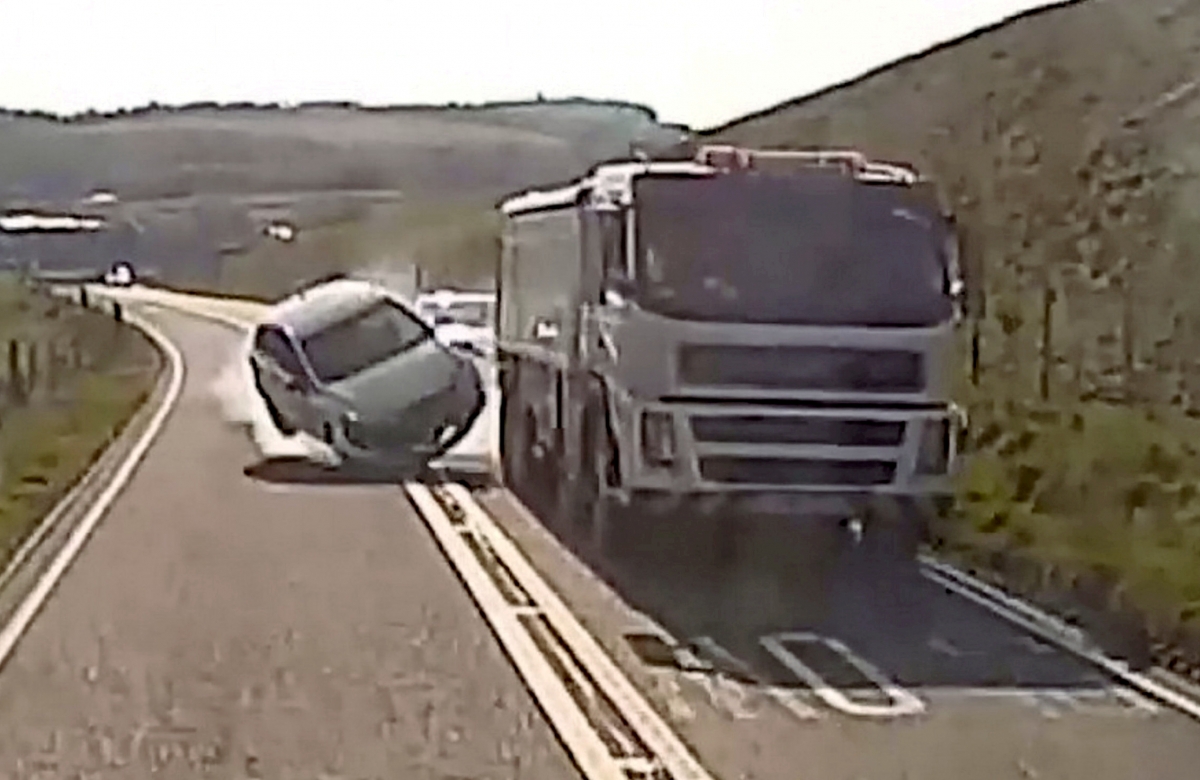 This is the shocking moment an idiot driver smashes into the back of a lorry after attempting to overtake THREE CARS on a blind bend.

Scott Lowe, 30, told cops he crossed the double white lines because he was in a rush, before admitting he had “been an idiot”.

Terrifying footage shows Lowe ploughing his Seat Ibiza into a HGV to avoid a head-on smash with another lorry travelling in the opposite direction.

He was handed a one year community order, given 240 hours unpaid work and ordered to pay a total of £170 in court costs and victim surcharge.

Lowe was driving along the A54 Snake Pass between Buxton and Congleton, Derbys., at 8.30am on May 14 when he tried to overtake three cars on a bend.

As he crossed over the solid white line a lorry travelling in the opposite direction forced him to slam on his brakes and collide with the back of another lorry.

Incredibly, no one was hurt in the crash and Lowe escaped with minor injuries.

PC Kev Harrell, of Derbyshire Police, who was first at the scene of the collision, said: “It is only through good fortune that nobody was seriously injured, or even killed, as a result of Scott Lowe’s actions.

“When I attended the scene I asked Lowe what had happened and he replied that he had ‘been an idiot’, that he was ‘in a rush’ and thought he had space to overtake – clearly he did not.

“Scott Lowe took a huge gamble with his own life and the lives of the other road users that morning – all because he was in a rush.

“Any road can be fatal, however, the A54 has a reputation as being a dangerous route.

“If people did not drive in a manner similar to that of Scott Lowe then I have no doubt that reputation would diminish.

“My message to drivers is simple – follow the clear signposting and road markings, drive in a manner suitable for the conditions and leave enough time for your journey.

“Should you fail to heed that advice then know that I and my colleagues will seek to prosecute all those that put themselves, and others, at risk.”