Watch the appalling moment a 45-year-old postwoman is hit with her own Vauxhall Agila by a runaway robber. 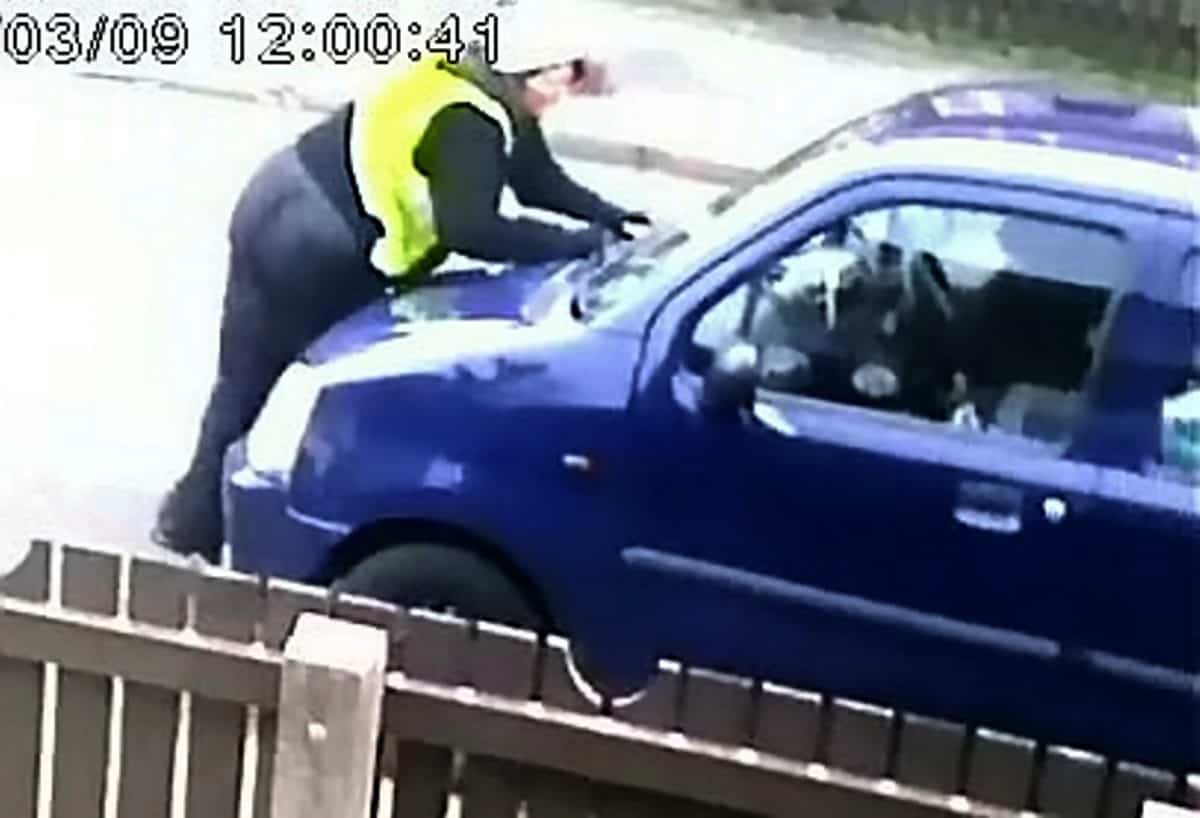 This is the shocking moment a female delivery driver is run over by her own vehicle – after it was stolen while she was on her rounds.

The woman was making deliveries when the yob jumped in her car and tried to drive away.

She threw herself onto the bonnet of the Vauxhall Agila in a bid to stop him escaping, and CCTV footage shows her being carried along the road.

But the thief refused to stop and weaved the car down the road, speeding up and throwing the woman to the ground when she finally lost her grip.

The car appears to run over her lower half as it speeds around the corner and out of sight in Crabtree Road, Wigan, on March 9.

A neighbour who witnessed the incident said: “I saw her suddenly run around the side of the van and stand in front of it, banging on the bonnet and shouting for help, to block his way.

“Then he started to drive off. She was pushing as hard as she could to stop him, but she began to move backwards as he drove on.”

CCTV shows a man thought to be in his 30s, wearing a lack waterproof jacket, light coloured baggy jeans, and work boots running towards the van before it was stolen.

The woman, understood to be aged 45, was taken to hospital with serious injuries.