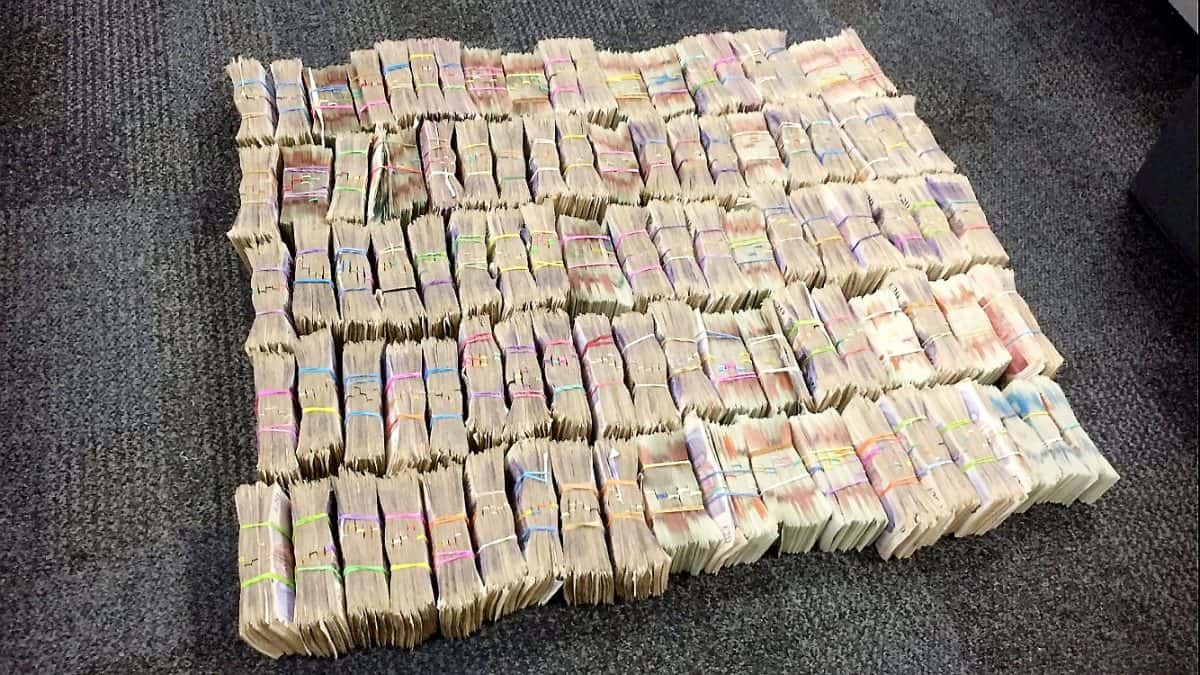 Police pulled over van for a routine search – and found almost half a MILLION pounds in cash in the back.

Officers were stunned to discover around £465,000 after they did a “stop check” on a vehicle in Leicester last in the evening of March 5th.

Pictures show around 100 bundles of what appears to be £20 and £50 notes, bound up by brightly coloured elastic bands, and spread across a carpet in the police station.

The driver was arrested and is waiting to be questioned by officers in the West Midlands.

A spokesperson for Leicestershire Roads Policing Unit wrote: “Following a stop check on a van earlier on today, we’ve seized quite a bit of cash out the rear of the vehicle!

A spokeswoman for Leicestershire Police said officers stopped the vehicle in the Rowley Fields area of Leicester last night.

She added: “A subsequent search of the vehicle uncovered a substantial amount of cash.

“The driver has been arrested and remains in police custody.