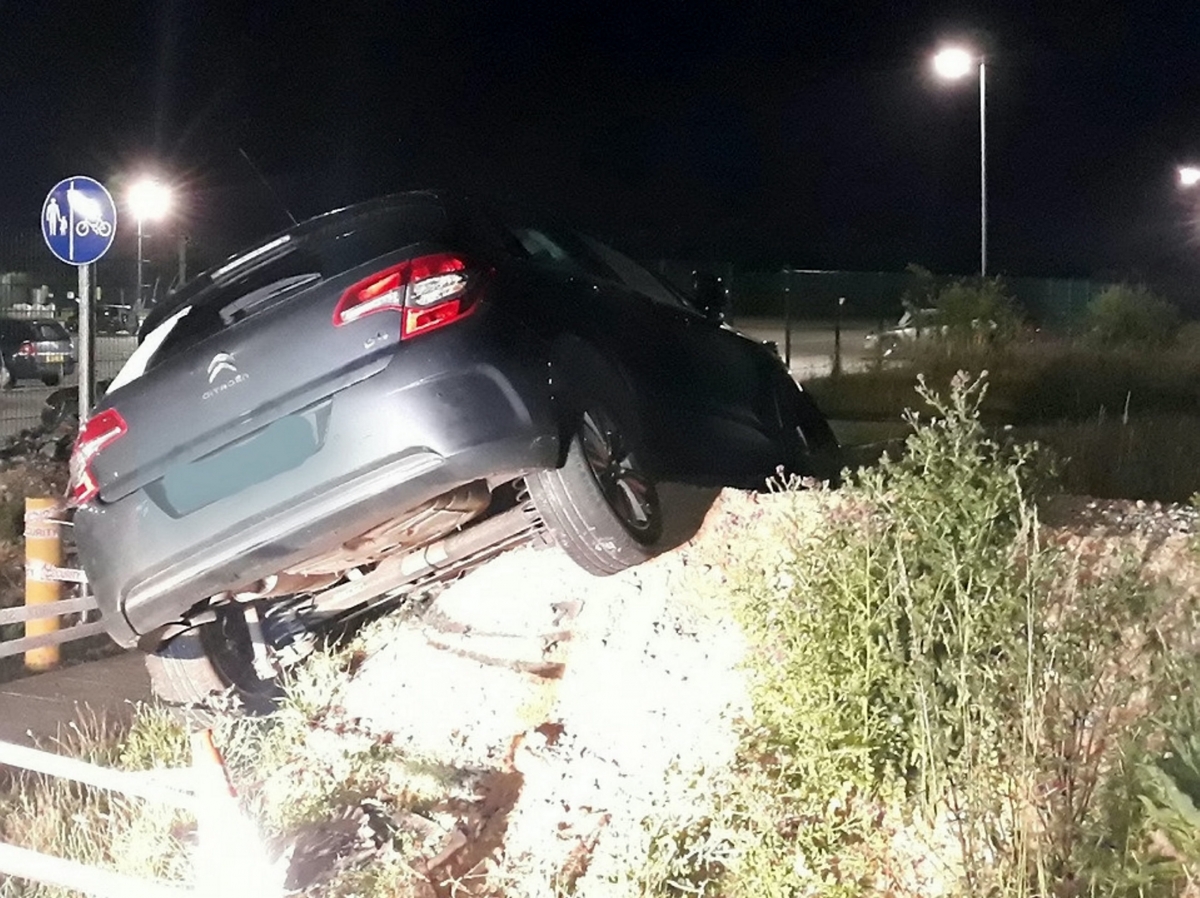 A drunk driver who was four-and-a-half times the legal alcohol limit has been mocked by police after he crashed his car – in a car park.

Cops say the driver lost control of the Black Citroen C4 after mistakenly believing the car park was the A46.

Emergency services were called to the scene and found the driver to be four-and-a-half times over the alcohol limit – which is 35 microgrammes per 100 millilitres of breath.

Fortunately, no one was injured in the crash.

Nottinghamshire Police posted an image of the vehicle teetering on top of a wall on the Newark Police Facebook page.

They wrote: “Over the last few days we have dealt with several drivers who have been drunk at the wheel including the driver of this car who thought he was on the A46!

“Officers soon pointed out to the driver that their navigational skills were hampered by the fact they were almost four and half times over the alcohol limit.

“Fortunately nobody was injured.

Marlene Gilbert wrote: “Harsher punishment definitely needed they learn when it is too late.”

Christine Watts said: “Just an absolute idiot, hope he gets the book thrown at him someone could have been leaving work at the wrong time and this idiot could have killed them!!!”

Gary Haines wrote: “Glad he didn’t turn left into the car park, could have ended very messy for the nightshift workers.”