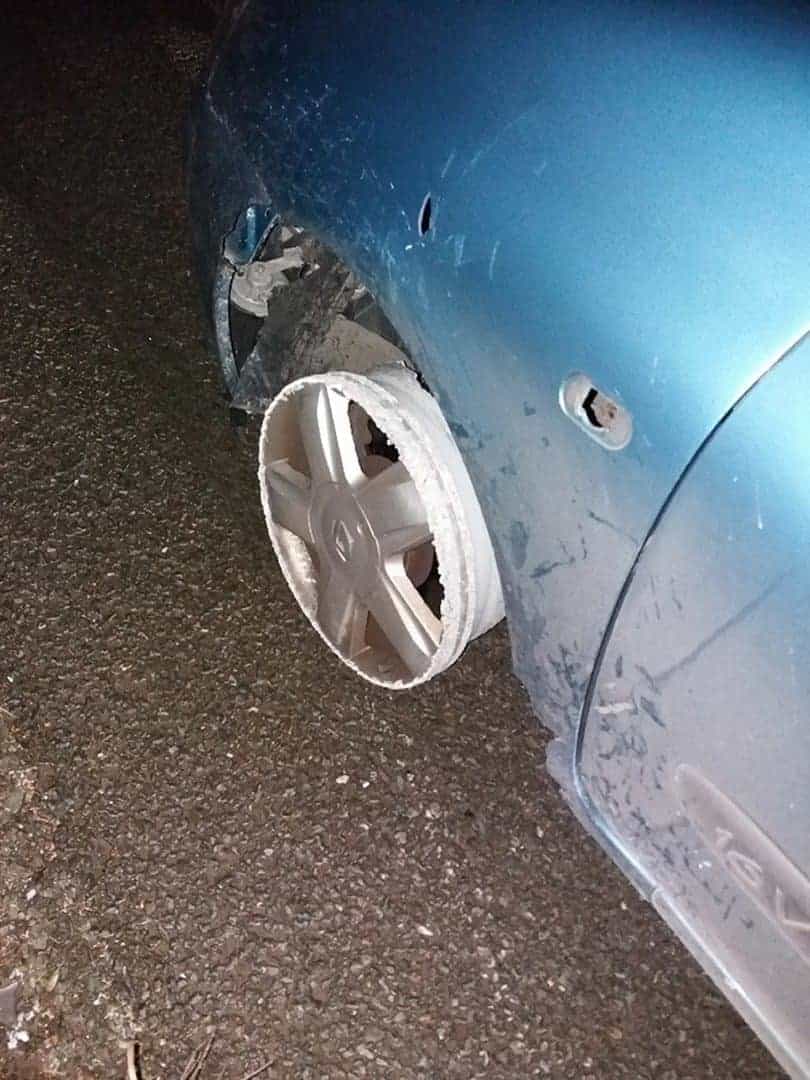 A motorist spotted by motorway police driving on tyres worn down to the metal wheel was almost six times the drink-drive limit.

Police patrols saw the Citroen car on the M66 near Bury, Greater Manchester, at around 1.50am on New Year’s Eve.

The male driver was breathalysed at the scene and arrested.

Alongside photos of the car wheel, North West Motorway Police tweeted: “Male been detained for drink-drive on the M66 – has blown 196 (YES THAT’S 196!!) at the roadside – as you can see from the photos you can see why it came to our notice @GMPtraffic #unbelievable #neednewwheels.”

A second tweet added: “Nearly six times over the limit.”

The drink-driving limit for motorists in England, Wales and Northern Ireland is 35 micrograms per 100 millilitres of breath.