Daniel Fox, 36, has been reunited with his nan's old Mini - which he had not seen since 1994 - after stumbling across it on an online forum 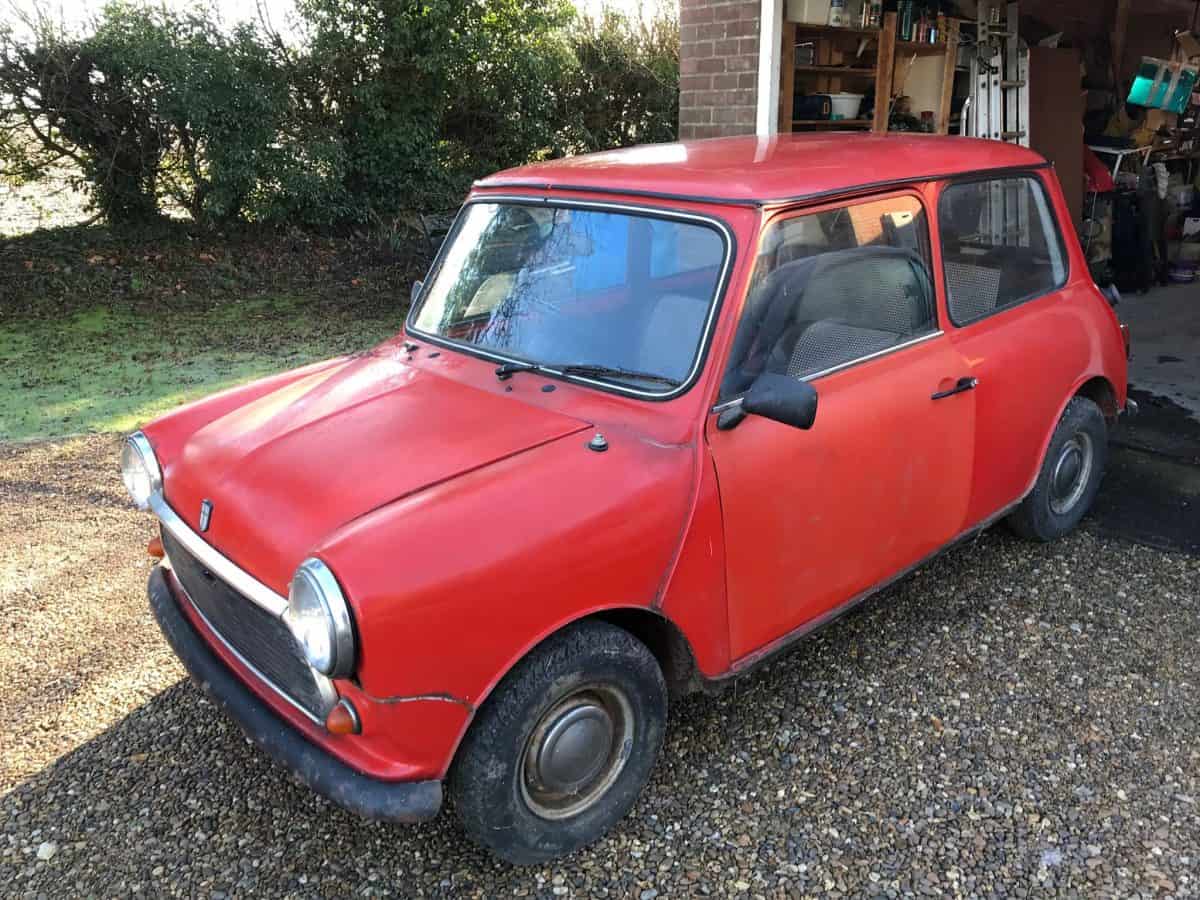 Motor-mad Daniel Fox was looking to buy a classic mini – and ended up bagging one driven by his granny 35 years ago!

Daniel, 36, was looking on-line for an original shape mini when he came across one that caught his eye.

He noticed the last two letters of the number plate – and recognised they were the same ones as the car his nan drove back in the 1980s.

After checking with his sister who had inherited the car in 1990 he realised that it was the same his nan had bought in 1983 for around £400 and nicknamed ‘Bessie.’

‘Amazed’ Daniel, from Great Gransden, Cambridgeshire, bought the car which was being sold in a Norfolk garage – but remains coy about how he paid.

He said: “It’s been a whirlwind. It’s been amazing. You couldn’t put odds on this.

“I remember being in the car as a six year old, rolling around in the back because it didn’t have seat belts – I have really happy memories of it.”

After days of organising the transaction, Mr Fox was reunited with his nan’s Mini on Sunday (Feb 3).

The 36-year-old said he paid “too much” for the car and about “three times as much” as his sister sold it for in 1994 but he had to buy it because of the sentimental connection.

He added: “I rang my sister and she couldn’t remember what she had for dinner last night let alone the number plate.

“Then I spoke to my dad – who was trying to convince me that my nan’s Mini was green.

“Then after a frantic 10 minutes I spoke to the guy who was selling it and was able to tell him what the steering wheel looked like and we could remember what the keys looked like.”

Mr Fox said his sister, Andrea, who inherited the car after their grandmother Joan died in 1990, could not stop crying after hearing the news.

He added: “My nan died in spring 1990 and it coincided with my sister turning 18 and my granddad – who survived my nan by 10 years – gave the car to my sister because my nan wouldn’t like the car doing nothing.”

Mr Fox’s sister owned the car for four years before part-exchanging it and losing contact with the Mini for 25 years.

He added: “It’s very rare to see a Mini in this condition. It’s exactly how it was when my sister had it – almost in it’s factory specification.

“My sister put seat covers over the seats because she didn’t like the interior and that has actually saved them.”

Mr Fox said it took three men to push the car onto a recovery truck to drive it home as the Mini had not seen daylight in years.

The relieved owner, whose drive is apparently littered with old cars, is aiming to get it running and pass its MOT before sorting out the cosmetics.

Mr Fox said he is ultimately hoping it will be ready to take part in a classic car rally in May that goes from Ipswich to Felixstowe.

This year, Mini is celebrating its 60th anniversary and since rediscovering his Nan’s car, Mr Fox has received three invites to Mini events around the country.

He added: “The motoring community is a really lovely community and it’s been amazing.”