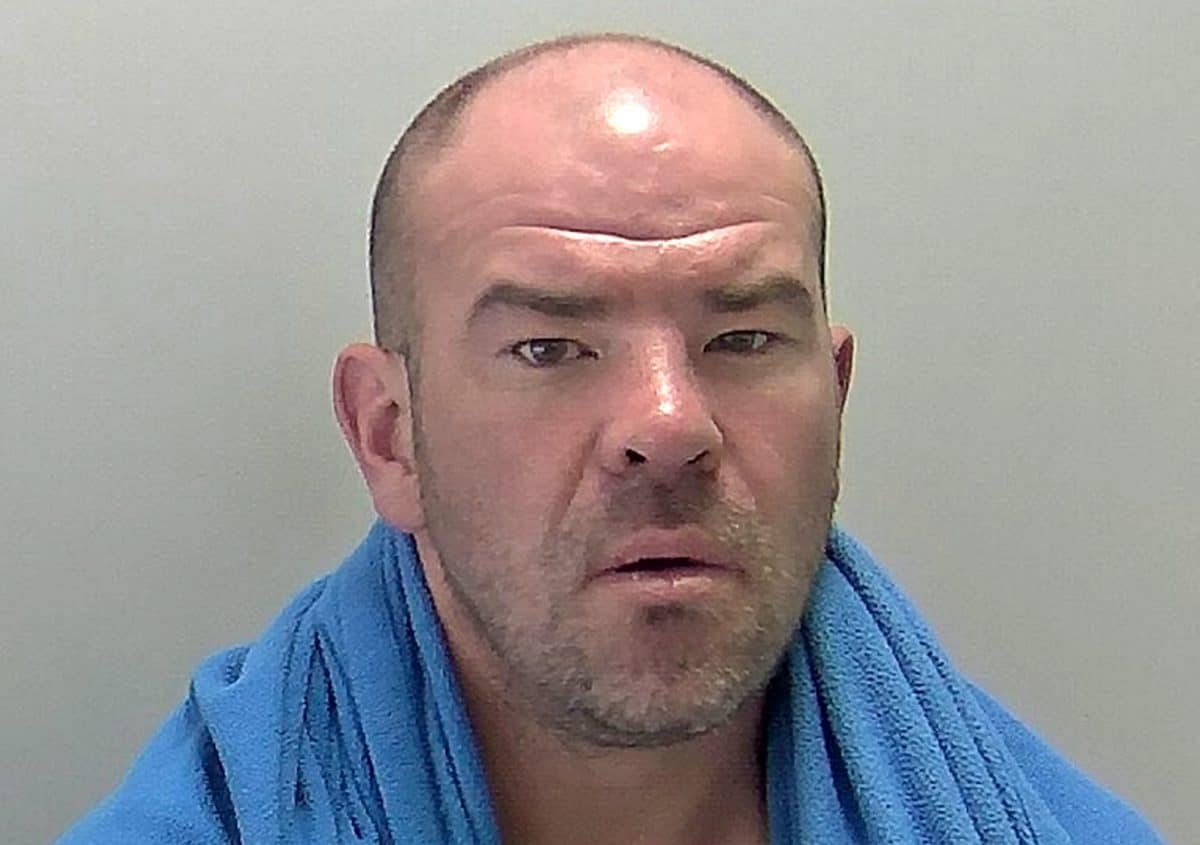 A man who got drunk on MOUTHWASH before smashing up 12 luxury cars worth almost £500,000 in a revenge attack has been jailed.

Vasile Turcan, 36, flew into a rage and drove to a Guy Salmon Land Rover dealership where he deliberately ploughed into 12 brand new cars.

He believed he was owed cash from valet firm Autoclenz and had earlier smashed up a cash machine when he was unable to withdraw money.

After drinking diluted alcohol-based mouthwash he drove onto the forecourt of the dealership on the outskirts of Stratford-upon-Avon, Warks.

He then used his Ford Mondeo to drive back and forth into the Land Rovers and Range Rovers causing around £46,000 worth of damage on July 29.

On Wednesday (13/11) Turcan, of no fixed address, was jailed for 12 months after admitting criminal damage and drink driving at Warwick Crown Court.

Judge Andrew Lockhart told him through a Romanian interpreter: “You acted very irresponsibly.

“You were angered by reason of someone you believed was not paying you for your work, and you took drink which made you unfit to drive.

“You went to a cashpoint and smashed it up when it did not give you the money you wanted.

“Not thinking rationally, you then went to Guy Salmon Motors and decided to take out on them something that should not have been falling at their door.

“There you drove your car backwards and forwards, causing damage to a number of new cars, £46,000 of damage to 12 cars.

“When you were interviewed you made admissions, but still blamed Autoclenz.

“I have not been impressed by your views in the pre-sentence report that they are still in some way to blame.

“It’s not their fault. This was a revenge attack, and your intention was to cause serious damage.”

The court heard Turcan started his trail of destruction after getting drunk on mouthwash.

Prosecutor Olivia Beesley said: “At 2pm on Saturday July 29, he was in his Mondeo, which had cost him £200 two weeks earlier, on the car park of the Tesco store in Birmingham Road, Stratford.

“Having spent the night there in the car, he began drinking watered-down alcohol-based mouthwash before trying to withdraw money from his account at an ATM machine at the store.

“But even though he had £50 in his account, it would only allow him to get £40 – at which he lost his temper and damaged the machine by kicking and punching it.

“He then got in his car and drove to the Guy Salmon Land Rover dealership.

“He drove onto the forecourt and used his car to damage new vehicles which were parked there by driving forward and then reversing into them, and he made impact with 12 vehicles.”

Turcan was arrested at the scene and a breathaylser showed he was double the legal limit of alcohol – which is 35mcg per 100ml of breath.

He told officers he was upset because he had not been paid £400 in wages for three weeks work with Autoclenz, which valets cars for Guy Salmon.

Miss Beesley added: “He had gone there intending to damage vehicles in the hope that Autoclenz would lose its contract as a result, and he laughed about the damage he had caused throughout the interview.”