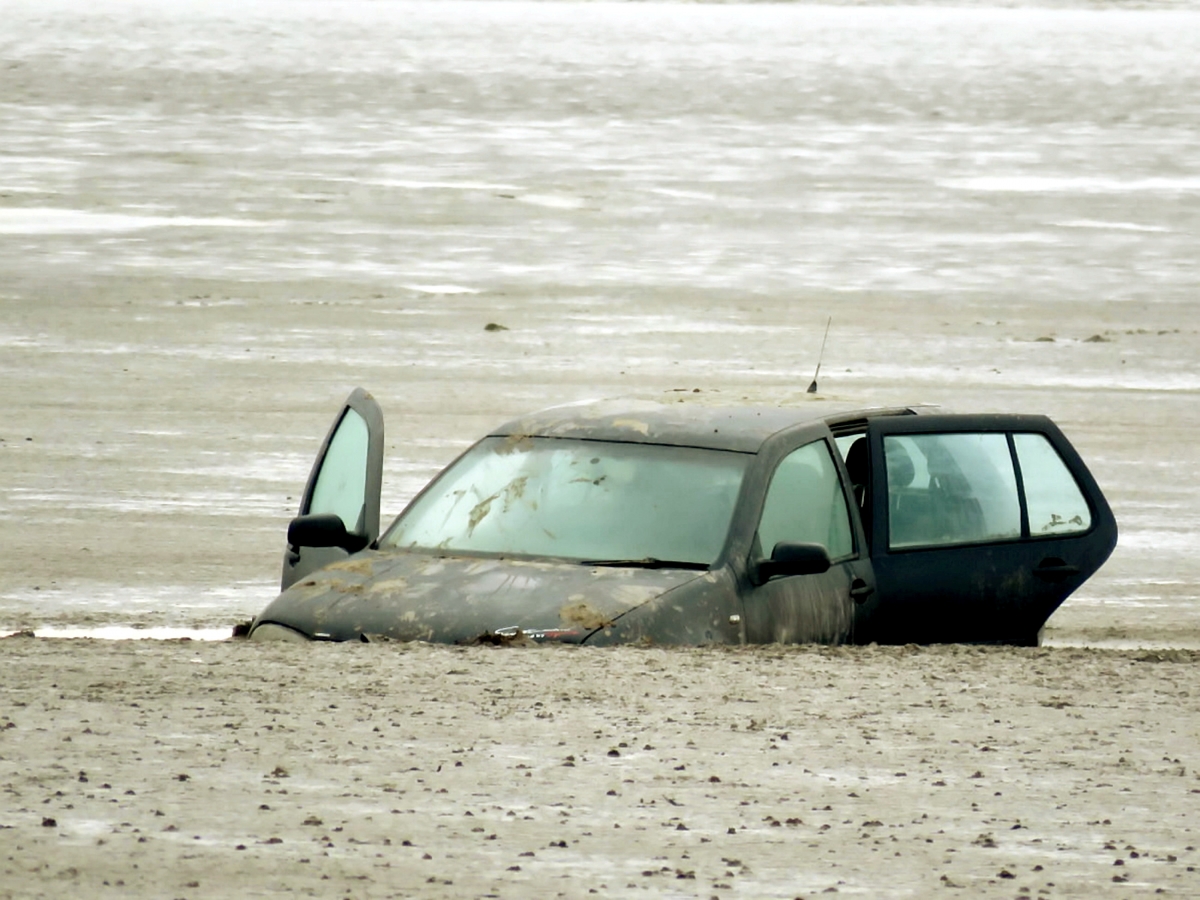 A car has become an unlikely tourist attraction at a beach – after spending the six days stuck nose-down in MUD.

The owner of the VW Golf got a nasty shock after ignoring warning signs as he parked on the sands last week – and later returned to find his car submerged in the sea.

Six days and 11 tides later, the car is set to be rescued by a recovery service today (Tues) – after getting stuck on Brean Beach, North Somerset, last Wednesday (July 3).

Beach warden Dave Furber said: “The car has become a bit of tourist attraction. There were lots of people heading out to see it stuck in the sand and mud over the weekend.

“It’s helping to raise awareness of the dangers,” he added.

The driver, from Bristol, and his passenger escaped from the car unharmed.

But the Golf is the latest in a series of vehicles to fall victim to fast-incoming tides along Somerset’s coastline.

The beach warden said: “The driver claimed he hadn’t seen the warning signs as he drove onto the beach.

“And both he and the passenger said they hadn’t read the safety leaflet that they were given.”

The vehicle is set to be removed the mud and soft sand by a commercial recovery service.