Professional burglar Ronald Coombes, 39, was also jailed for stealing the name sign from Warwick Crown Court as a memento 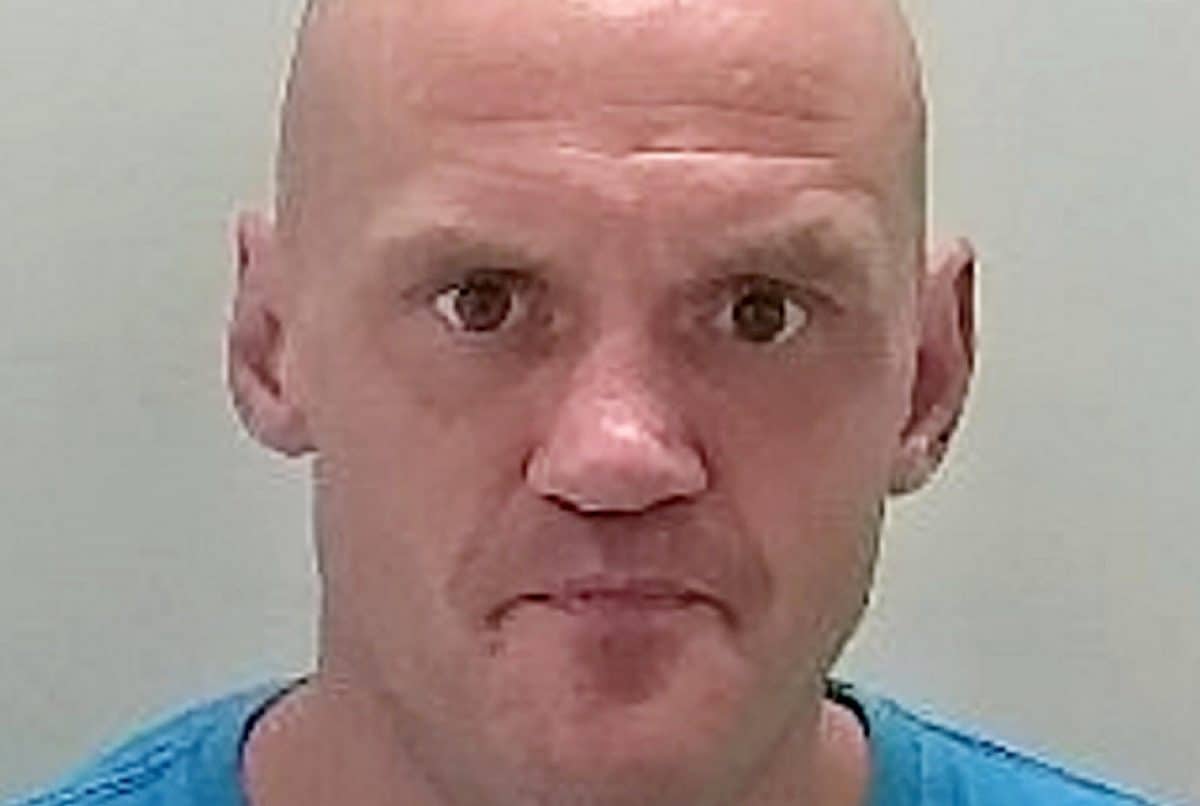 A bungling burglar who stole a £67,000 Maserati was caught by police after he crashed into TEN parked cars as he made his getaway.

Career criminal Ronald Coombes, 39, found the high-powered vehicle too hot to handle after he stole the keys while the owner was asleep on June 29.

A court heard he ploughed into around ten parked cars, writing off the luxury motor as he tried to drive away from the scene on Clarendon Street, in Leamington Spa, Warks.

Police found a partly-smoked roll-up cigarette inside the abandoned vehicle with Coombes’ DNA on it was he was later arrested.

He went on to plead guilty to burglary, attempted burglary, two charges of theft and asked for four other burglaries to be taken into consideration.

One of the thefts bizarrely included Coombes stealing the name sign from Warwick Crown Court where he was jailed for four-and-a-half years on Thursday (5/9).

The court was told he pinched the nameplate from the old crown court building as a memento after a night “going off the rails” and awoke to find the plaque next to him.

Sentencing, Judge Barry Berlin told him: “You are a professional burglar, and there was a significant degree of planning. There are a number of aggravating features.”

Prosecutor Richard Franck said that the Maserati was stolen after a man opened the back door of his home to let the cat out, and went back inside to watch television.

But he fell asleep without having locked the door, and was woken at one in the morning by police officers in his home telling him his car had been stolen from the car port.

During another incident on July 27 a man was at his home in Leamington when a motion sensor linked to his laptop alerted him to someone in his back garden.

He went into his son’s bedroom and saw the burglar in the garden, and shouted at him, only for Coombes to respond with abuse before climbing over the wall to escape.

A security camera had captured Coombes, who has previous convictions including burglaries going back to the early 90s, and he was recognised by police.

Following his arrest, Coombes, of Leamington, admitted the offences and the theft of two name plaques from outside the court.

He was also take on a “drive-round” during which he told the police about the four other car key burglaries he had asked to have taken into consideration.

Spencer Stephens, defending, said: “Mr Coombes accepts there is no excuse for his offending.”

He said Coombes had made good progress since being released from a previous sentence, having formed a new relationship and secured two jobs, but lost them.

His new partner then lost their child, and he ended up in accommodation with people taking drugs, and he went off the rails and began taking cocaine and drinking.

Mr Stephens added: “He was stealing to provide those vehicles to the drug dealers.”

In relation to the crown court signs, he added: “He can’t really explain it.

“He had appeared there a number of times. It was the night he went off the rails, and he woke the following morning with one of the plaques next to him.”