Architectural experts have drawn up prototypes of what living conditions on Mars might be like when the Red Planet is colonised by humans. A panel of specialists worked alongside a visualisation team to predict how future Martian homes are likely to look, with interior and exterior images released for a variety of futuristic residential builds. […] 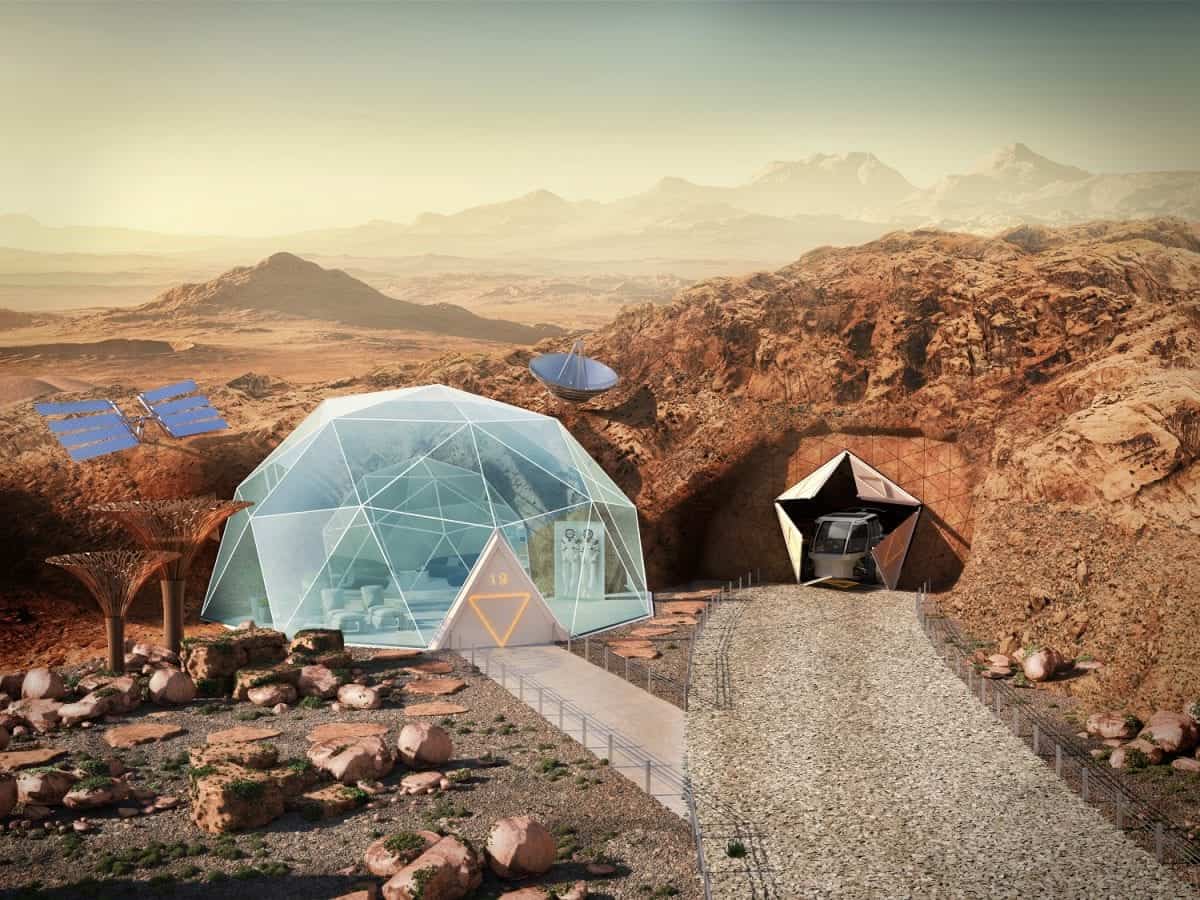 Architectural experts have drawn up prototypes of what living conditions on Mars might be like when the Red Planet is colonised by humans.

A panel of specialists worked alongside a visualisation team to predict how future Martian homes are likely to look, with interior and exterior images released for a variety of futuristic residential builds.

The team produced particulars for three distinct dwellings; an apartment aimed at young professionals, a family home and a luxury mansion. 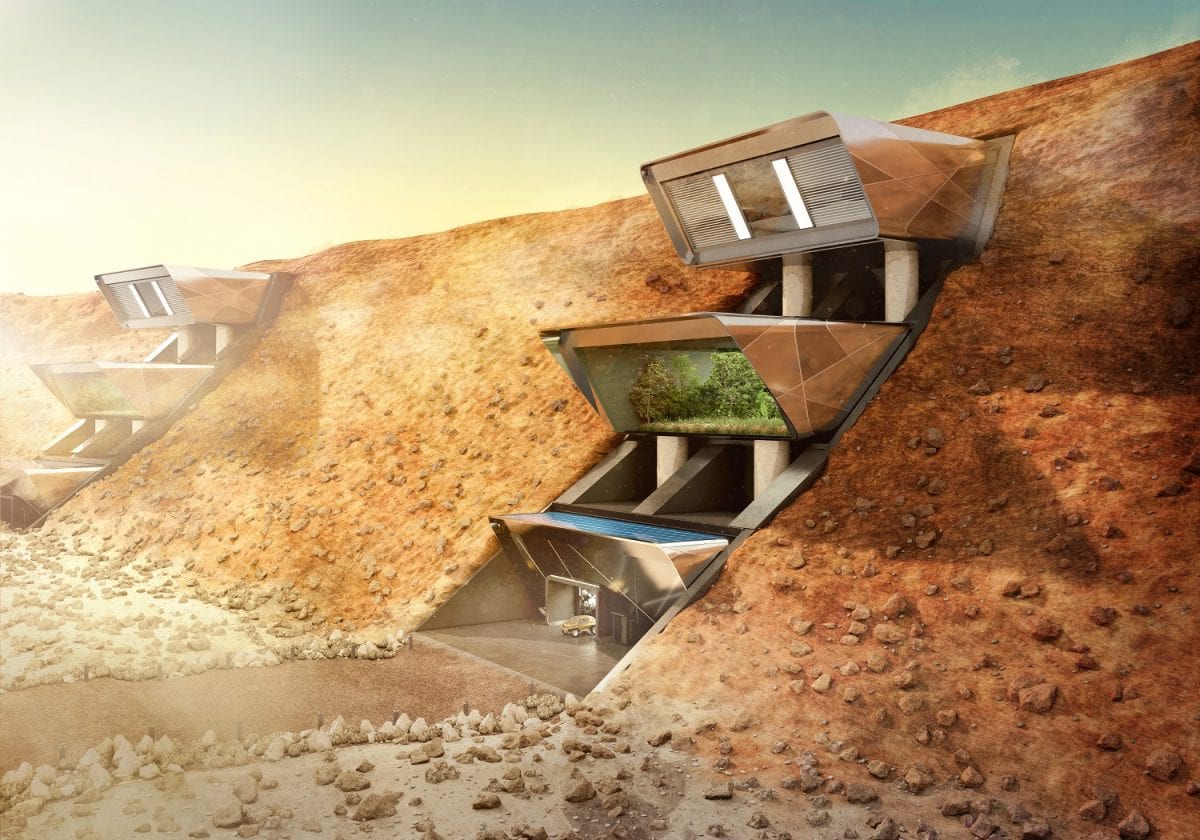 Key considerations include light and how to protect the living area of homes from cosmic rays and hazardous levels of radiation, as well as insulation from the cold and protection from severe dust storms.

The drawings have been produced after research revealed one in ten Brits would move to Mars tomorrow, with a sense of adventure, enjoying more space and escaping human dangers on earth among the top reasons for swapping planets. 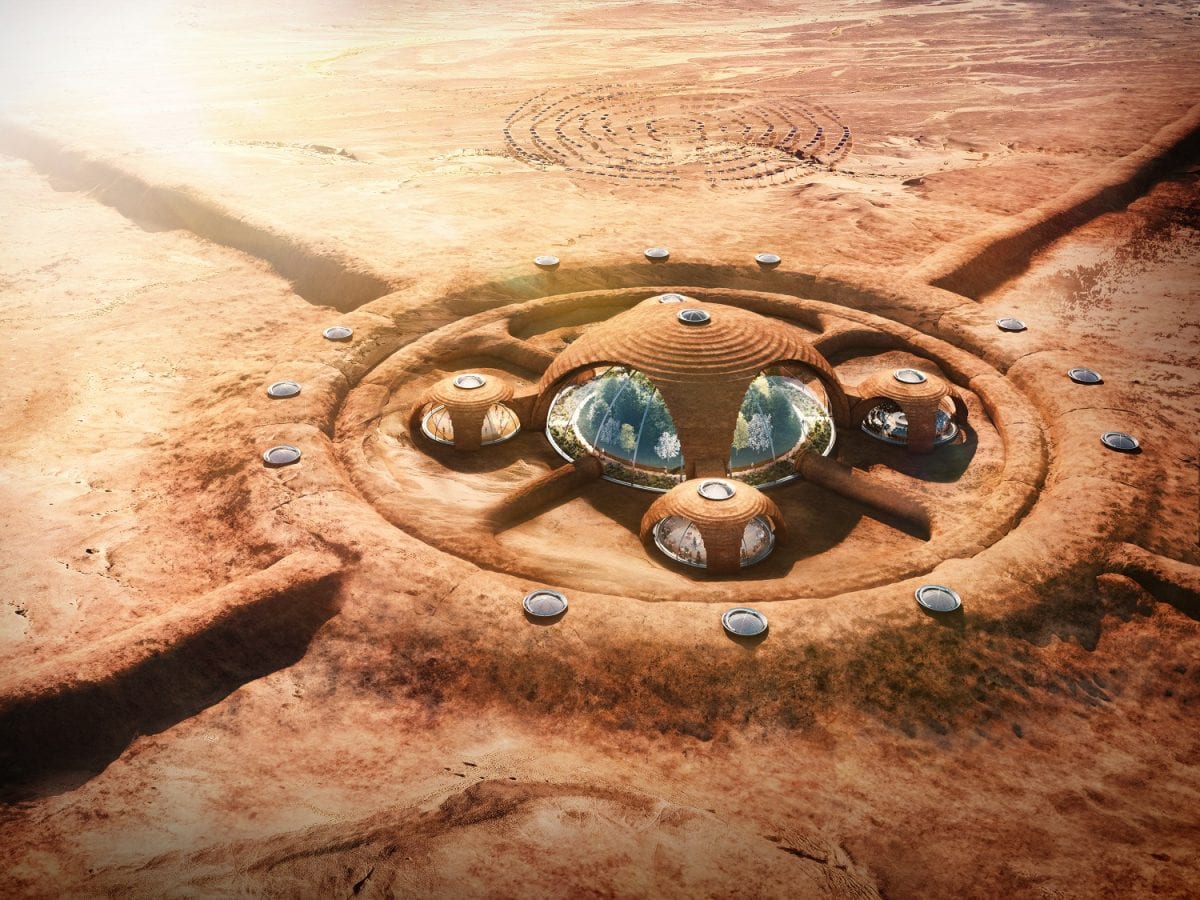 Stephen Petranek, author of the book How We’ll Live on Mars, which the National Geographic series MARS is based on, said: “It’s exciting to think that humans will be living on Mars far sooner than most people think.

“The second series of MARS considers how a community might be built and sustained on the Red Planet in the 2040s, and what the challenges will be both from a practical and a human standpoint.

“For this forward-thinking project, we’ve predicted what different homes on Mars might actually look like, with options to suit a range of budgets.

“There are plenty of elements to consider, from ensuring an adequate shield to the harsh radiation Mars endures because its atmosphere is so thin, to the need for homely touches reminiscent of Earth.

“Ultimately, living on Mars must seem more appealing and psychologically inviting than living on Earth or not enough people will want to make a new life there.

“As we make these predictions now, we can only wonder what designs we will actually adopt as hundreds of thousands of people eventually move to the Red Planet.” 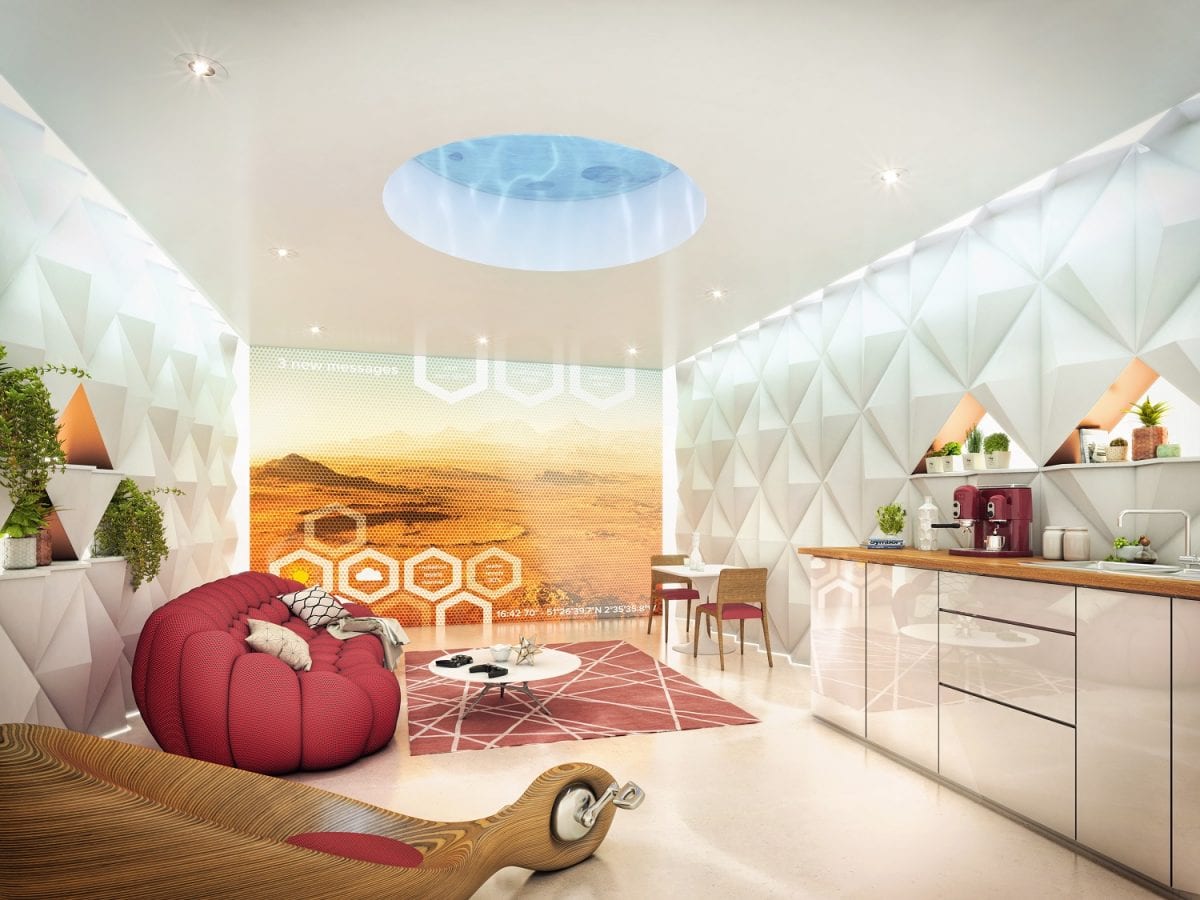 The Mars apartment block features a number of living pods aimed at individuals and couples, with tunnels leading to a central shared garden and work spaces.

It is protected from the sun’s rays by tinted glazing featuring coating technology developed to filter out the radiation and rammed earth walls, designed to protect from the cold as well as cosmic rays.

The family home is built within a protective cave, with a driveway leading to an inbuilt garage as well as a conservatory-style veranda made from protective glass that offers a small indoor garden area.

The kind of natural light we would usually get from our windows on Earth is simulated via LEDs and camera systems that can show the outside landscape in real-time to mimic windows, and could even be programmed to provide other vistas.

For example parks, forests, rivers – familiar sights from Earth that our Martian residents might be missing. 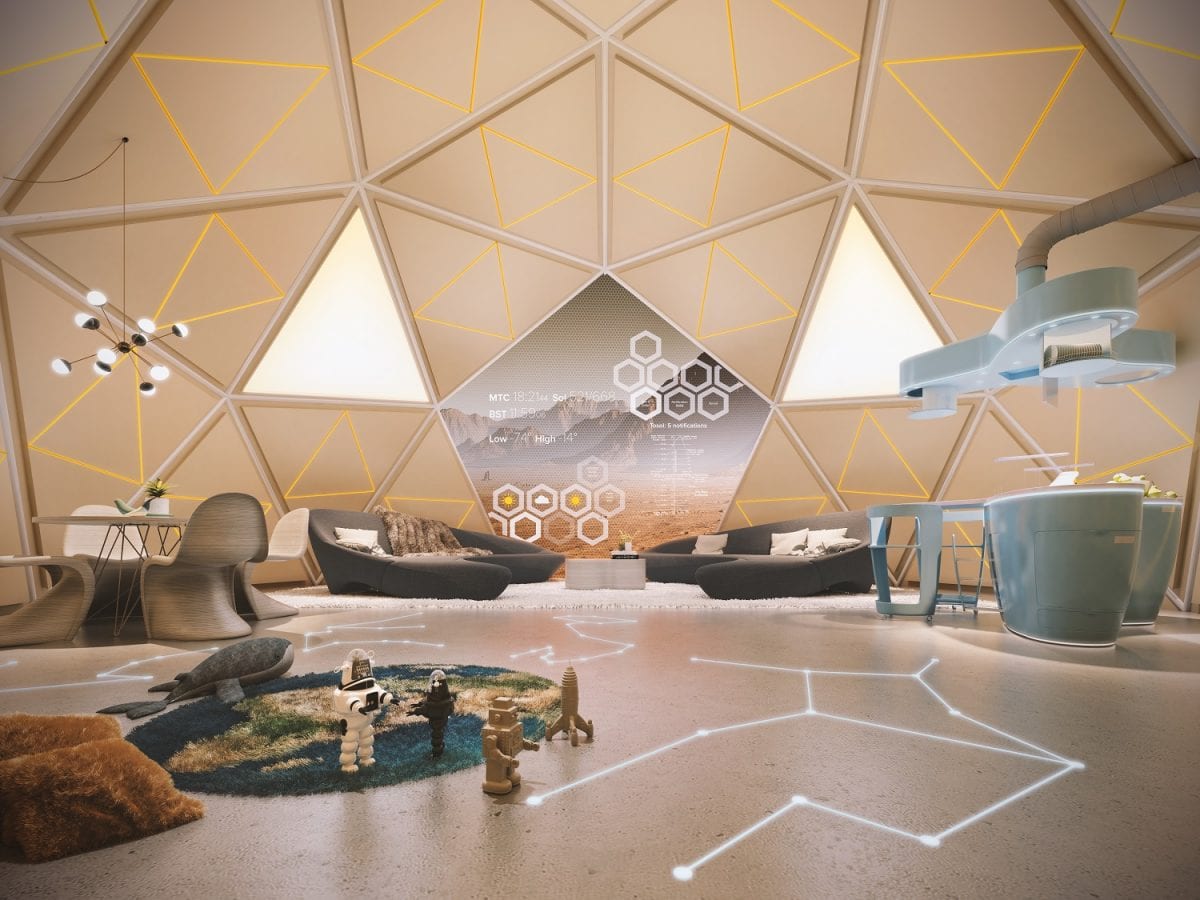 The mansion is part of a crater community, offering show stopping vistas across the cavity from three levels.

It boasts a huge living space with private indoor garden and multi-gym that allows for ‘outdoor’ activities such as sports to take place in an artificially-oxygenated environment as well as a car port that can hold multiple vehicles.

According to the National Geographic research a fifth of Brits predict that it will be possible to move to Mars within their lifetime, and there is a significant appetite to make an interplanetary move.

One in six revealed that with people struggling to get on the housing ladder on Earth, buying property on Mars is looking like a more attractive prospect. 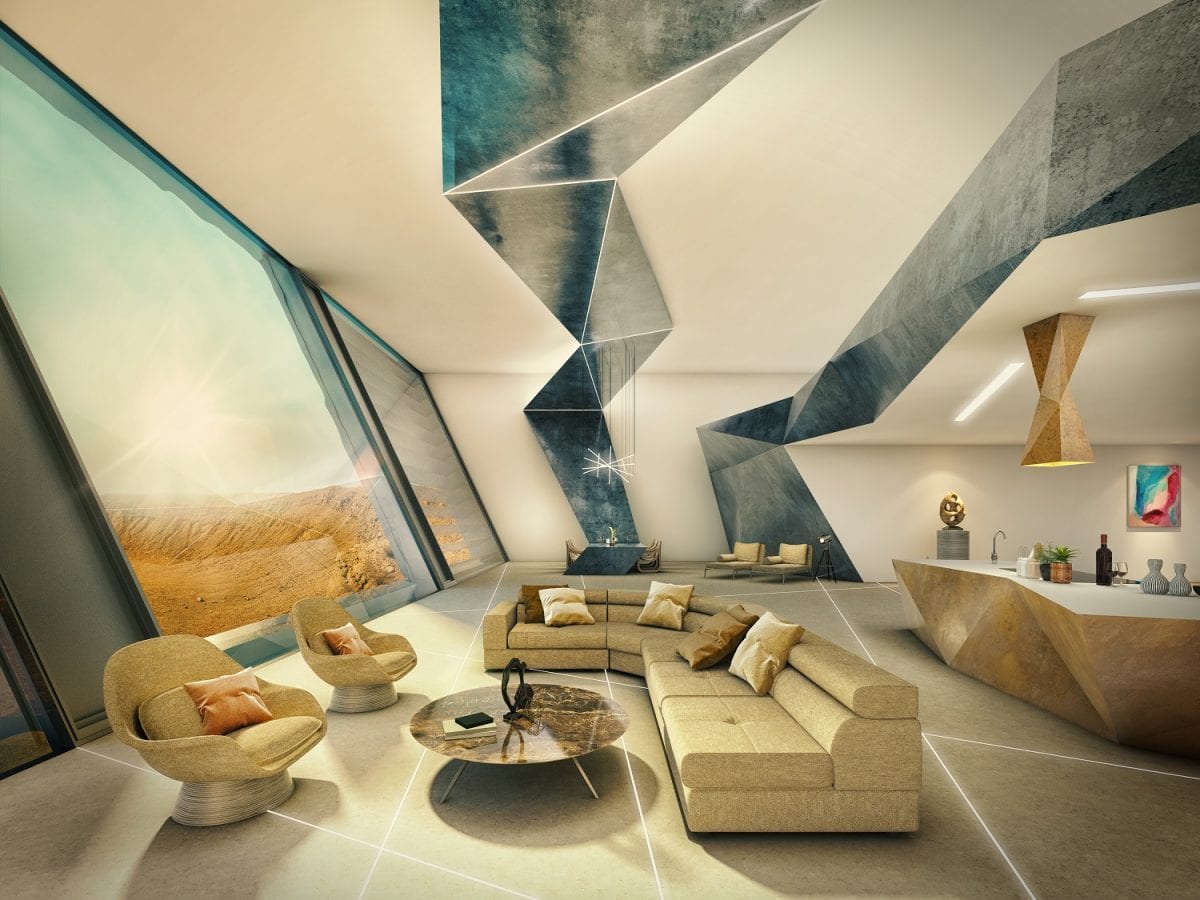 Brits revealed that the opportunity to enjoy a better quality of life, the desire to seek new adventure and the need to flee human dangers on Earth such as war would be the most likely factors to precipitate a move to Mars.

However, almost nine in ten predicted they would miss some aspects about life on Earth, including their pets and even the British weather.

* MARS series 2 is on National Geographic every Sunday at 8pm.