By Bea Patel, TLE Property Editor and Director of Shop for an Agent The average Londoner is 23 years old when they move out of home for the first time. Perhaps advanced in numerous ways, but new research reveals young Londoners lack basic skills when they fly the nest. From the 1,000 adults surveyed by […] 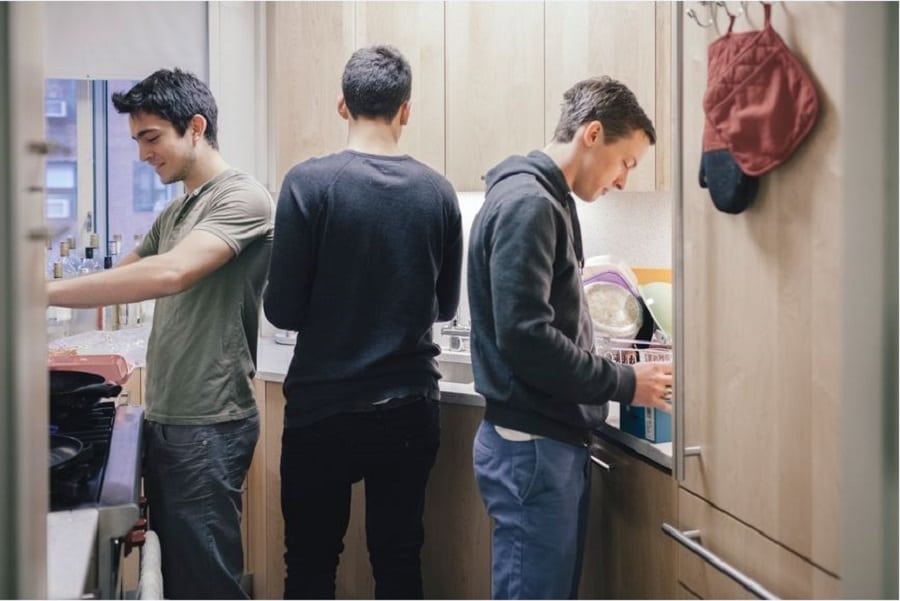 The average Londoner is 23 years old when they move out of home for the first time. Perhaps advanced in numerous ways, but new research reveals young Londoners lack basic skills when they fly the nest.

From the 1,000 adults surveyed by Weroom, 28 per cent admitted to not knowing how to roast a chicken. A further 31 per cent didn’t know how to operate a boiler, and 17 per cent were unable to change a hoover bag.

Results also showed that 19 per cent couldn’t use a washing machine, with 42 per cent ruining a piece of clothing by failing to understand washing instructions. A further nine per cent of Londoners were unable to boil an egg when they first move out.

Despite Londoners being encouraged to vote in the upcoming EU Referendum, 11 per cent didn’t know they had to register for this significant life event when they first moved out.

Source: Weroom. Survey commissioned in May 2016.

Once Londoners have flown the family nest to live with housemates, the skills are quick to follow. Living in flat and house shares provide many with the opportunities they need to pick up abilities.

There are also clear generational differences. Data suggested a disconnect among the younger generation in their knowledge of how to carry out DIY tasks in the home, with 48 per cent of Londoners having a lack of understanding on how to change a fuse, compared to just 16 per cent of 55+ year olds when they first moved out.

When asked if Londoners feel that children should be taught the life skills they will need as an adult in school, such as cooking, managing finances and operating household goods, 80 per cent agreed.

On the topic of leaving their family home, although 44 per cent of Londoners couldn’t wait to gain their independence, 20 per cent were surprised by how much they had to manage and the steep learning curve.

Technology also plays an important role in helping Londoners develop their skills. Weroom’s data highlights a generational shift in the impact of the internet on how life skills are gained, with 15 per cent of Londoners learning via Google and 10 per cent watching YouTube videos.

In contrast, 45 per cent of people over 55 said they picked up life skills by watching their parents and almost a third of 45-54 year olds learnt by trial and error.

Thomas Villeneuve, ceo of Weroom, said: “It’s apparent from our research that living with housemates is a great way to enhance your skillset with a quarter of Brits learning the majority of their skills from somebody they have lived with. Flatsharing is not only a great way to reduce the amount of rent that you pay, it also provides an opportunity to live with likeminded people and gives Brits an opportunity to share ideas, insights and skills.”