Larry and Brenda Lott claim they have been "kept awake for a year" by the "constant banging and drilling" of builders working on the property next to their £650,000 home. 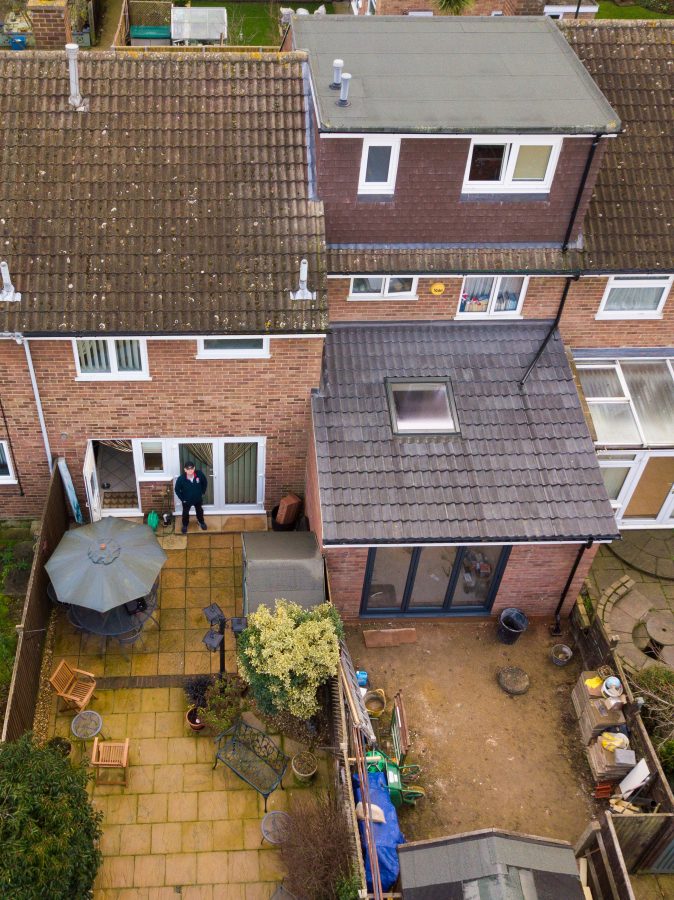 A retired couple were left raging after their “nightmare” neighbour started extending his house – right onto their property.

Larry and Brenda Lott claim they have been “kept awake for a year” by the “constant banging and drilling” of builders working on the property next to their £650,000 home.

The elderly pair were made even more angry when it emerged their neighbour had built a roof over his patio area – that hangs over their fence into their garden.

They have said the local council are refusing to help – leaving them with little choice but to consider moving after 28 years.

An extension has slashed their storage space and ‘ruined’ the address in Hampton, south west London, where the average price for a house is £638,000.

They are devastated at the prospect of moving from their three-bedroom house in the leafy London suburb, known for the historic Hampton Court Palace.

Brenda, 76, said: “We had a new neighbour move into the property almost eight years ago now, he is a Polish builder.

“It’s a beautiful area – and we always said hello in the morning – but this is a step too far, he has taken some of our land.

“He has built a loft extension, which we were fine with a year ago, but this extension at the back goes into our property.

“We were accommodating at first, we’ve always got on so well with all of our neighbours, but this has become a nightmare.

“We only became aware when he started. He showed us the plans, which clearly show the extension going into our property.

“Now there is banging and drilling every day for a year, it’s affecting my health – it has really shot my nerves to pieces.”

A blue tarpaulin roof can be seen hanging into their house, and the couple now fears that no end is in sight of the building.

Larry, who is originally from Texas, said: “This is Hampton, you don’t expect this kind of thing to happen around here.

“He pushes everything to the limit – saying there’s nothing we can do about it – and he tried to force documents on us.

“That man was supposed to leave a two-inch gap between our houses, but he has built right onto our living room wall.

“There was no consideration for us at all. It’s an encroachment onto my land. There is always something going on there.

“He works so early in the morning, even on Saturdays, and then late into the night – my wife’s nerves are shot after this.

“The building has not been stopped by Richmond Council, who keep passing us on to different people and aren’t looking into this.

“We wrote to a surveyor, he came and said ‘this needs to be stopped now’ – the council is just dithering, they don’t want to listen.”

A council spokesperson maintained that the issue is a “private” matter – meaning they had no power to stop any more work.

They said: “The extension at this property is authorised by a Government Order, the General Permitted Development Order 2015.

“This Order allows homeowners to carry out some works without the need for planning permission from the Council.

“Last year a resident made a complaint to the Council that a breach of planning had occurred. An investigation was undertaken and indeed the resident was aware.

“However, following the investigation, the Council confirmed that the works do comply with the Government Order under the GPDO Prior Approval procedure.

“It is important to note that any boundary and land ownership disputes are private legal matters between parties.”

The neighbour, Zbigniew Twardowski was contacted for comment on his building plans.