House-hunters could snap up this three storey property for as little as £35,000 but it comes with a catch – as there’s a TREE growing through the middle of it. The neglected building in King Street, Longton, Stoke-on-Trent, has been sitting empty since it closed its doors as a funeral parlour ten years ago. Since […] 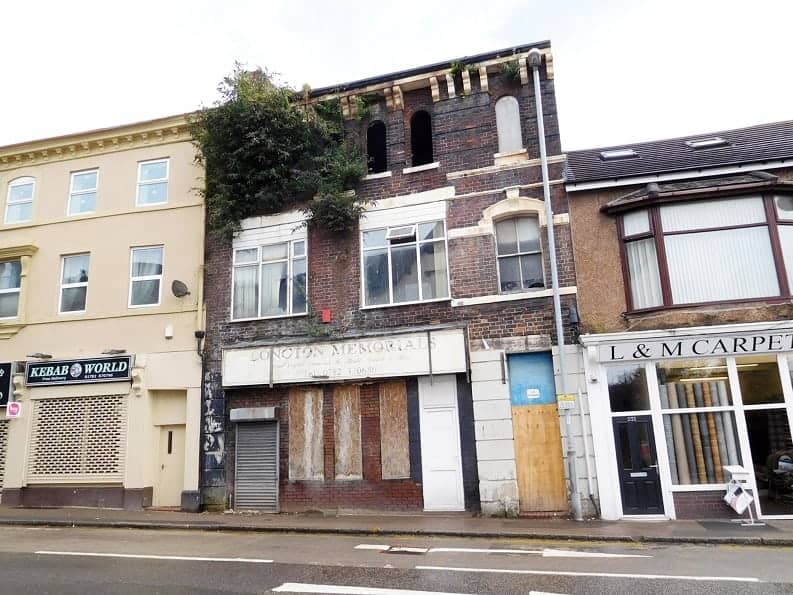 House-hunters could snap up this three storey property for as little as £35,000 but it comes with a catch – as there’s a TREE growing through the middle of it.

The neglected building in King Street, Longton, Stoke-on-Trent, has been sitting empty since it closed its doors as a funeral parlour ten years ago.

Since then a sprawling tree has been growing on the top floor of the property and branches and leaves now spill out of the window.

Developers are now selling the premises at auction for a knock-down price, with starting offers of just £35,000.

Tamzin Eales, from estate agents Butters John Bee, who are handling the sale, said: “We’ve had the property listed with us for just over a month but we don’t have much historic information about it.

“But its obviously been vacant for a long time – judging by the fact there’s a huge tree growing through the middle of it.

“We’re used to seeing run down buildings and selling them on so its not that unusual for us – but I can’t remember seeing a tree in one before.

“We can only assume the chosen buyer will renovate the building either as a residential or commercial building. Its an ideal location on the edge of a town centre.” 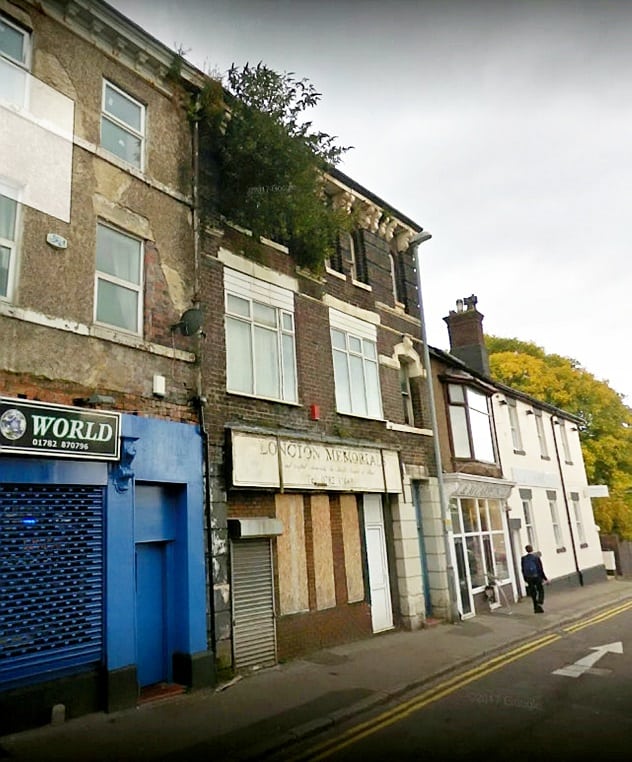 Nearby businesses hope future developers will chop down the “eyesore” tree so the property can become more attractive, in order to boost trade in the town.

Joanne Reynolds, 39, who owns Jo’s Bouquets a few doors away, expects the building will have a more positive future once it’s sold.

She said: “It is an eyesore and has been empty for years. The property will need a lot of restoration. I certainly welcome something being done with it.”

Ronnie Clacher, 46 ,general manager of MEM Insurance Brokers, said: “I welcome anything being done to the building.

“Any investment to breathe new life into this side of town is more than encouraged. There is definitely potential there.

“It just depends what damage the tree vegetation growth has caused on the top floor.” 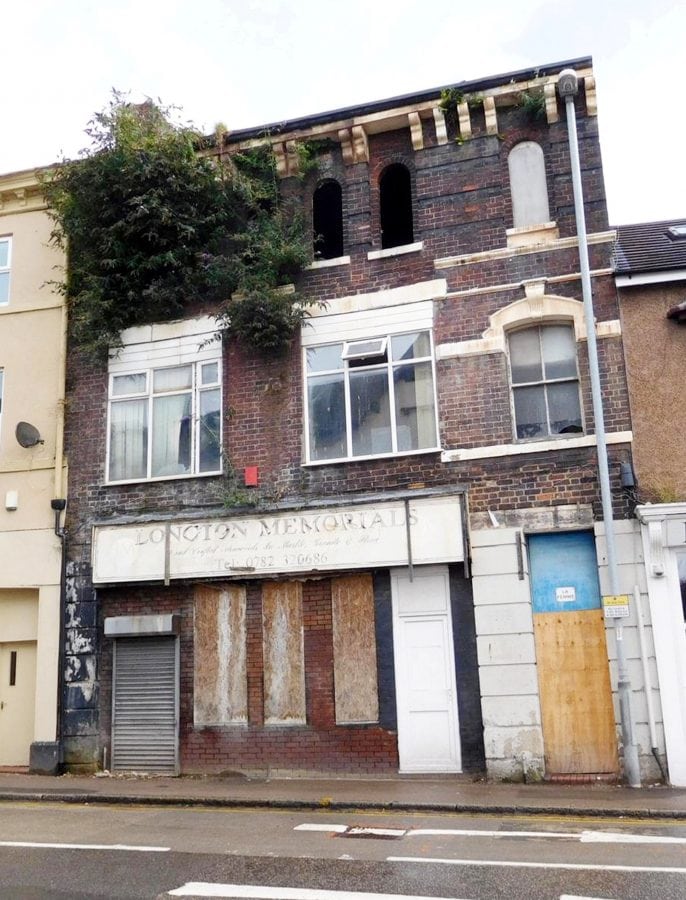 Daniel Woodvine, who started work at Tax Assistant Accountants in January last year, said: “The tree’s been there for as long as I’ve been working here.

“It must be two or three years old at least. I would welcome any work to improve the building.”

Another trader added: “I’m glad something is finally going to be done with it.

“It would be good if it became a shop of some sort as it could increase the footfall.

“It’s quite a big building and it goes back quite far, so something positive could be done with it.

“It was a funeral parlour back in the day and at one point it was an old knocking shop. It certainly needs some TLC now.” 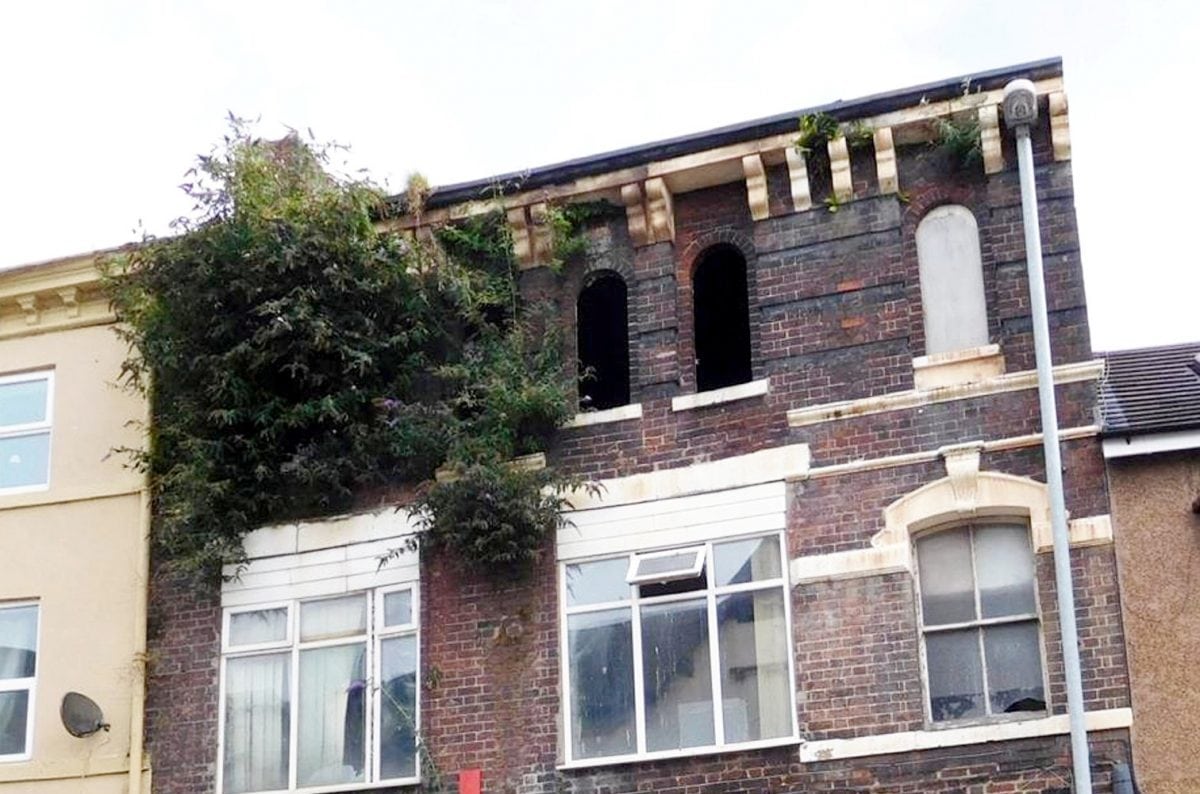 The auction at the Best Western Moat House hotel at Festival Park, Stoke-on-Trent, starts on Monday at 6.30pm.