The oblivious crooks looked right down the camera as they struck in Netherton, West Mids., armed with crowbars 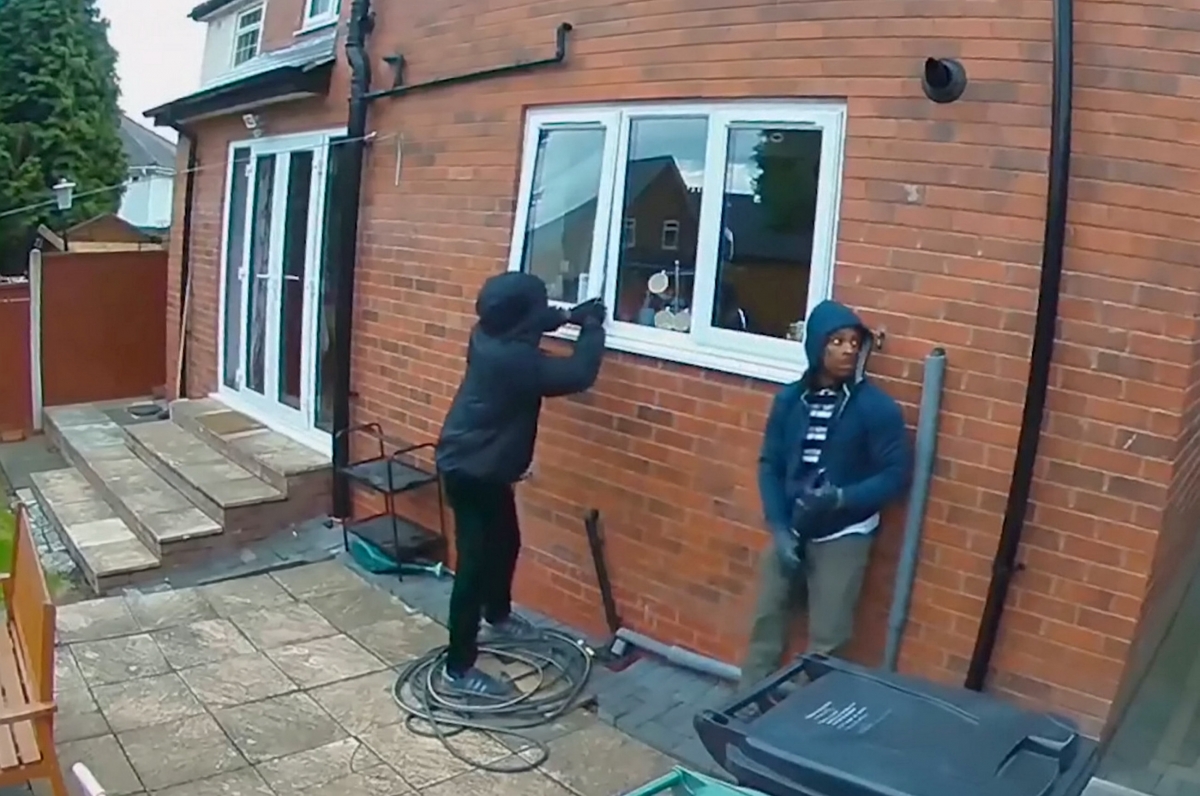 This is the moment two dopey burglars were caught on crystal-clear CCTV breaking into a house in broad daylight.

The oblivious crooks can be seen starring straight down the camera as they forced their way into a property armed with crowbars on June 16.

In the footage, the pair jump over fence in a bid to avoid CCTV at the front of the house completely unaware they are being filmed from a camera in the back garden.

They can be seen trying to force open a kitchen window open before making their way inside the house on Marriott Road, in Netherton, West Mids., on June 16.

The thieves spent 30 minutes inside the property before fleeing with a gold ring, cash and a passport.

West Midlands Police has now released the footage in a bid to track down the hooded suspects who struck at around 8.40pm.

The footage has also been shared widely on social media where it has been viewed thousands of times and sparked anger from residents.

George Gallagher said: “Can’t believe how quickly they got into the house.”

Azan Claxton put: “That was too easy plus those tools could easily become weapons”

Valerie May added: “Why is it this absolute scum feel is acceptable to break in to a property that someone has worked hard and long to provide for their family. GET A JOB!”

Marie Harris said: “It’s just a pity these types didn’t put as much energy and thought into getting a job??? They could get their own goods instead of distressing and taking of good working folk????””

Anyone with information can contact officers via Live Chat at west-midlands.police.uk between 8am and midnight, call 101 anytime or contact Crimestoppers anonymously on 0800 555 111.