Britain has added insult to injury by taking another coveted crown from New Zealand - the world's steepest STREET. 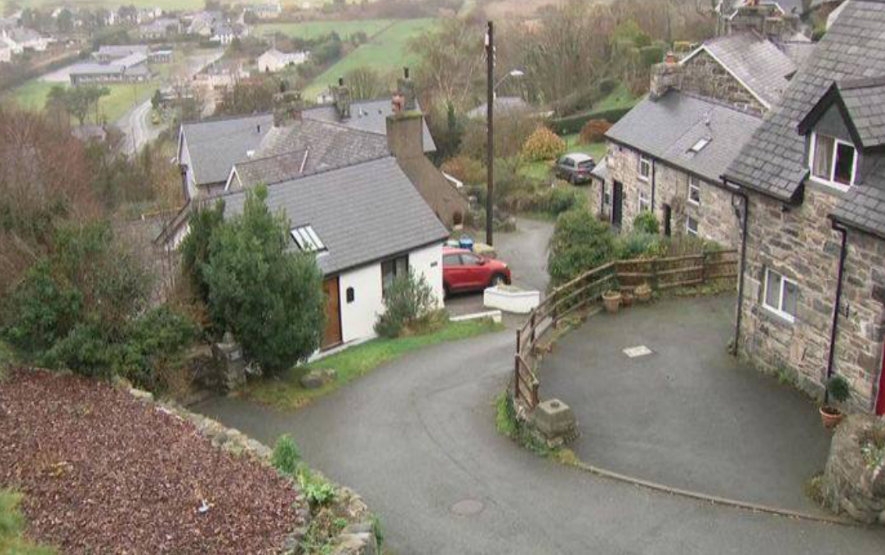 The winding road of Ffordd Pen Llech of Harlech, a small town in Snowdonia, has been taken the world record from the previous holder of Baldwin Street in Dunedin, NZ.

Official measurements, taken on June 6, show the Welsh street has a gradient of 37.5% at its steepest point – compared to 35% gradient of its competitor from Oceania.

The record measurement is based on the highest gradient over a 10m section of road.

To be eligible for the record, entrants must be a public road which is fully paved and surrounded by buildings.

Gwyn Headley, who led the town’s campaign to claim the title, said: “I feel utter relief. And jubilation!

“I feel sorry for Baldwin Street and the New Zealanders — but steeper is steeper.
“At least they have the Rugby World Cup … for the moment … “

“We know the anticipation has been building for quite some time now and I’m pleased to see the outcome has brought such joy to the residents.

“I hope Harlech enjoys the celebrations and that the new title brings lots of people to the beautiful town, to experience the world’s steepest street for themselves.”

The record attempt was organised after local historian Gwyn Headley got in touch with surveyor Myrddyn Phillips.

The two men had met previously as they were both featured in a book by Leland Carlson entitled ‘Dull Men of Great Britain’, Gwyn for his love of follies (extravagant structures built to serve as a conversation pieces) and Myrddyn for his habit of measuring mountains.

The classification of steepest street is based on its maximum gradient over a 10 metre span, comparing the vertical rise to the horizontal distance.

The street or road is also defined as a public thoroughfare that is commonly used by the public, who are able to drive vehicles across it.

Results will be sent to Guinness World Records and it could take a few weeks for them to be analysed before residents will know if they are successful.