by Edward Marten
in Prices and Markets, Promoted 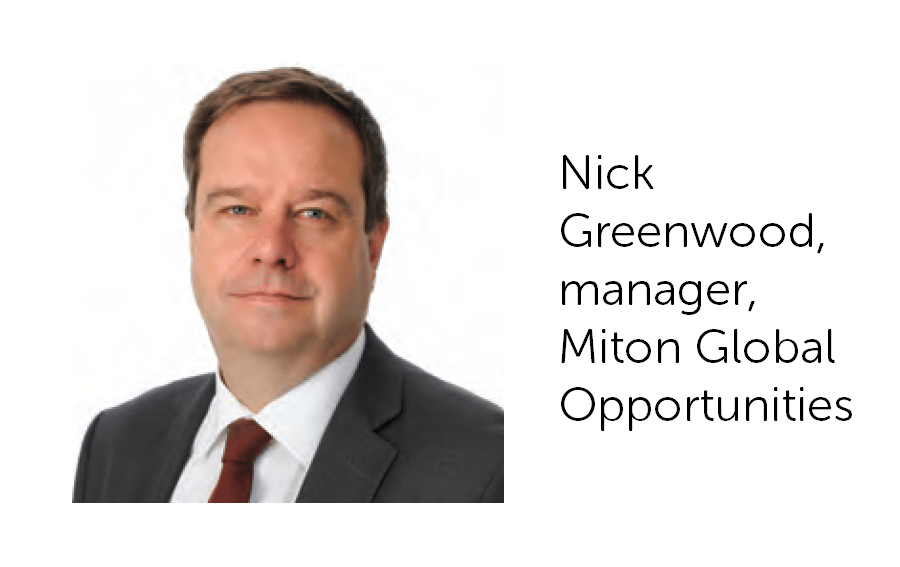 The discount, having remained around 10% for the last three years, narrowed to 2.6% as at the year-end. The chairman attributes this to increased emphasis on marketing, the appointment of a new broker and the introduction of an unconditional realisation opportunity, the first of which will be provided at the Annual General Meeting to be held in 2018. The decent NAV growth will also have played its part.

Nick Greenwood, manager of the fund, says in his report: “Whilst the bulk of the portfolio remained focussed on individual opportunities there were three global trends to which we maintained a significant exposure. These were Private Equity, India and residential property in Berlin.

There remains a substantial amount of cash which has been committed globally to private equity funds which has yet to be invested in unlisted companies. This has created a competitive environment for transactions. Investment trusts which specialise in this sector find themselves in a sweet spot. They own the very companies which are in demand and in such conditions should be able to sell swathes of their portfolios at premiums to carrying value. Our longer term concern is that these trusts will struggle to reinvest the proceeds profitably given where we are in the cycle. therefore our exposure is focussed on trusts such as Better Capital and Dunedin Enterprise which have already moved into orderly wind down and will not be forced to reinvest paying demanding multiples. Pride of place goes to EPE Special Opportunities which gained over 137% during the year. The principal driver behind this success was Luceco, a LED lighting manufacturer and distributer which was controlled by EPE and floated on the London Stock Exchange in October. Luceco shares have appreciated further since their float.

In India, Prime Minister Modi has continued with his reforms. The recent election result in Uttar Pradesh highlights that voters are buying into these reforms despite the associated short term hardships they can bring. The withdrawal of the majority of bank notes overnight last November left many with limited legal tender within a predominantly cash based society. The move to a national goods and services tax is another reform aimed at making the existing framework more efficient by removing layers of bureaucracy and removing opportunities for corruption. Our principal holding, India Capital Growth, significantly outperformed the Sensex index. Unlike many emerging markets, genuine stockpicking funds such as India Capital Growth prosper as the local market offers a vast array of companies in which to invest. The Bombay Stock Exchange was founded in 1875. Many emerging markets offer limited opportunities often confined to sectors such as banking, utilities and telecommunications. Donald Trump’s election to the White House after a protectionist election campaign triggered a general sell-off across emerging markets. This provided us with the opportunity to acquire a position in Vietnam Opportunities which proved to be a timely decision. The subsequent recovery in these markets also helped Asian specialist Establishment Trust to post a healthy gain.

We retain significant exposure to residential property in Berlin via our holdings in Taliesin and Phoenix Spree. The city is reverting to its previous role as a major European capital. Apartment prices continue to recover from a very low base. There has been a backlash against the gentrification of Berlin which has counter-intuitively boosted the value of our holdings. This is because they have permission to convert properties from rental in order to sell into the private market. Such permissions would be difficult to obtain in the current environment. Therefore, we indirectly own what have become scarce assets which if sold would achieve a premium to carrying value.

Encouragingly there are signs that other investors are beginning to seek value opportunities within deeply overlooked closed-end funds. This has helped reverse the recent trend of widening discounts in this area. Until recently this proved to be a major headwind for the Company. An example is the property specialist Alpha Real. Whilst the trust’s net asset value posted a respectable gain rising from 137.9p to 151.9p, the shares generated a return of over 32% largely due to the powerful combination of a narrowing discount and a higher net asset value. The catalyst was a recommendation in the Investors Chronicle, a magazine popular with private investors. Despite this attention and a positive outlook, Alpha shares remain on a discount approaching 20%.

Artemis Alpha remains on course to turn its fortunes around. This is another example where modest progress at portfolio level and some discount narrowing combined to generate a useful return for the Company during the year. Artemis Alpha historically suffered problems with a number of unlisted investments and as a result the board directed the managers to reduce involvement in this area. The fund is becoming more mainstream in its approach however the wide discount suggests that the perception of it in the market remains behind the times. Shares in Macau Property Opportunities posted a gain approaching 50% during the year. The extremely wide discount at the start of the year reflected concerns over the Chinese crackdown on corruption. The former Portuguese colony’s heritage was as a gambling and money laundering den. In practice Macau’s business model has evolved along the lines of Las Vegas. A new generation of casinos are focussed on tourism, conventions and entertainment. These new properties will require tens of thousands of staff to operate whereas the working population of the province is a mere 360,000. This will put the local housing market under pressure as Macau is already one of the most densely populated places on the planet. Furthermore property values will benefit further when the road and rail bridge to Hong Kong is opened next year.

Phaunos Timber generated a return only slightly lower than that of Macau Property Opportunities. Historically this trust suffered from both poor governance and management at the portfolio level. A new chairman brought in Stafford Timber to run the assets with encouraging results. The plantations are largely mature and Phaunos has now reached the stage where it is generating cash and as a result has started paying dividends. The rerating of the shares is the result of the markets belated recognition that Phaunos would have been a high yielder distributing to shareholders from genuine cash flow in a world where income remains scarce. Unfortunately this trust failed to win its recent continuation vote and will now be wound down. This is an example of what happens if a closed end fund allows its shares to trade on a wide discount. The share register fills with short-term speculative activists and at that point survival is far from assured, irrespective of how good performance is. Within our portfolio, the end of the trust remains the most common type of exit.

Rights and Issues generated a 50% return during the year. For some time this UK smaller companies specialist was overlooked by virtue of its opaque split capital structure. Despite excellent performance the shares often traded at discounts approaching 30%. The simplification of the capital structure combined with the introduction of a buyback programme led to a rapid narrowing of the discount during a period of continued strong performance at portfolio level. The track record of this vehicle can now easily be compared with its peer group and Rights and Issues has comfortably been the best performer over many periods.

The unexpected decision by the UK electorate to depart the European Union proved to be a major boost to our net asset value. We invest on a global basis and report in sterling. Therefore, the pound’s decline against the dollar, euro and yen of between 12% and 16% proved material. We have subsequently reduced our exposure to both the yen and the US dollar given the very attractive sterling prices at which we could dispose of those assets.

A disappointment has been Sanditon Investment Trust. It owns a significant stake in the eponymous fund management group which employs a number of high profile fund managers who previously worked together at Cazenove. Unfortunately their cautious management style has proved out of step with current market conditions. As a result they have not been able to attract business and therefore we exited the position.”