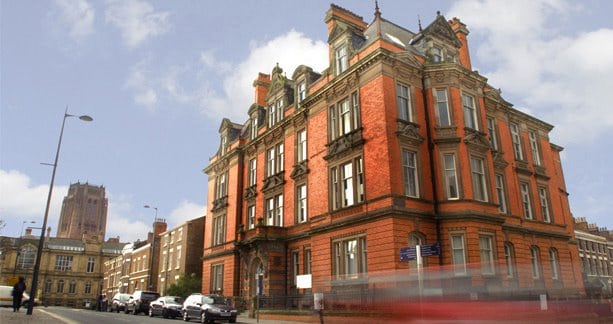 Empiric buys Hahnemann building in Liverpool – The Board of Empiric Student Property has announced that the Group has exchanged contracts to acquire the freehold of the Hahnemann Building (the “Property”) in Liverpool for GBP10.8 million (excluding costs). The acquisition is expected to complete in October 2017.

The Hahnemann Building is a Grade II listed building within an established student area in Liverpool. The Property was originally Liverpool Hahnemann Hospital and has been converted into a high specification student accommodation scheme comprising 98 studios with communal space. The Property is on Hope Street which connects Liverpool’s two iconic landmark cathedrals, situated in a World Heritage Site Buffer Zone, close to the city centre and within easy reach of the main railway station, Liverpool Lime Street.  The Hahnemann Building is adjacent to John Moores University and is ten minutes’ walk from the central academic facilities of the University of Liverpool.

The scheme was completed for the 2016/17 academic year and was fully let under the management of CRM. Lettings are progressing well for the 2017/18 academic year and Hello Student(R) will take over the management of the accommodation from completion, marketing it alongside the Group’s six other Liverpool assets, which are located in close proximity and also serve the University of Liverpool. Liverpool has the 8(th) largest student population outside of London with over 46,000 full-time higher education students in 2015/16 (latest available HESA data).

Paul Hadaway, Chief Executive of Empiric Student Property plc, commented: “The Hahnemann Building is our seventh acquisition in Liverpool, expanding the Group’s presence in the city to 480 beds, serving 1 per cent. of Liverpool’s vibrant student population. The University of Liverpool attracts 32 per cent. of its full-time students from international backgrounds, and has experienced strong international and postgraduate growth in recent years. This acquisition is in line with Empiric’s investment criteria and returns profile.”

CPUK worked on the revamp of the building “The project comprised of the redevelopment of Hope Street’s historic, Grade II-listed Hahnemann Building into 100 modern technology driven, student studios. On completion, the former Hahnemann Homeopathic Hospital and the adjoining Georgian House now has a four-storey extension to the rear of the building with internal and external features being retained.”