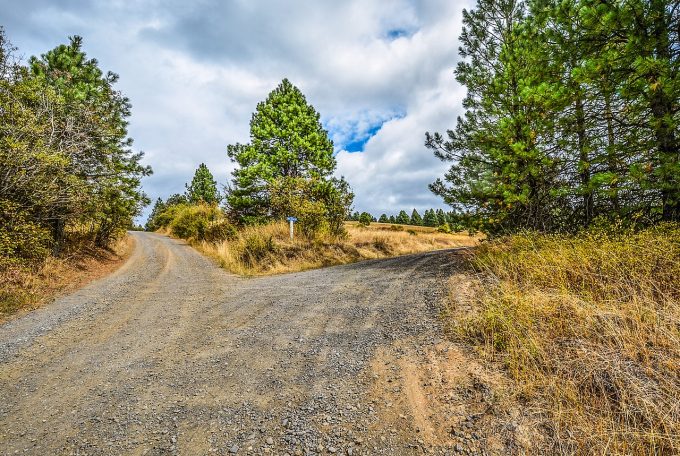 Growing optimism around US-China trade negotiations saw US stocks register their best monthly performance since June. The dollar benefitted from this uptick in demand for US assets, having lost value over October. Sterling held its own following last month’s rally, though all eyes are on the upcoming general election.

Susan Noble, chair of AVI Global, says trade war between the US and China is affecting economic growth in both countries and, by extension, the rest of the world’s economy and equity markets. Capital Gearing’s chairman, Graham Meek, says the trust’s “dry powder” holdings, including cash and short-term bonds, provides valuable optionality to turn-up risk exposure when the underlying climate improves. Elsewhere, the manager of Scottish Mortgage discusses gathering evidence of cracks in the dominance of some of China’s leading internet platforms. These fissures have come from dynamic newer companies, not regulators or public discontent.

Several UK-focused funds review the last few months in their outlook statements as the general election approaches. Chelverton Growth’s manager, David Horner, says the low point in sentiment was probably reached three months ago. Since then, as the likelihood of “no-deal” receded and a “deal” of some form looked probable, we have passed the nadir. Mark Barnett, manager of Perpetual Income and Growth…

… notes that over the third quarter, UK employment data remained robust, with the unemployment rate below 4%. The chairman of Shires Income. Robert Talbut, discusses the equity income sector, noting that dividend yields are high and the gap between equity yields and bond yields remains at very high levels. He adds that the under-performance of value / yield has thrown up many attractive yield opportunities in companies that should prove resilient in a downturn. We also hear from Aberdeen Standard Equity Income, Baillie Gifford UK Growth, Blackrock Smaller Companies, Gresham House Strategic, Montanaro UK Smaller, Schroder Income Growth, Troy Income & Growth and Value and Income.

Karen Brade, chair of Aberdeen Japan, says the slowdown in China this year, has had a consequential impact on the Japanese manufacturing and service sectors. While the relative strength of the yen might be dampening exports, Karen notes that it is encouraging some companies to invest abroad. She adds that many companies continue to commit capital to long-term expansion. Baillie Gifford Japan’s chair, Nick AC Bannerman, leads with what he says was a significant boost to the country’s morale earlier in in May when Crown Prince Naruhito acceded to the throne on the abdication of His Majesty Emperor Akihito. The onset of the new era is expected to encourage a fresh focus on innovation and revitalisation of the economy. Eiji Saito, Naohiro Ozawa and Michiko Sakai, managers of JPMorgan Japan Smaller, discusses several themes that underlie the trust’s long-term investment thesis. On a cautionary note, the mangers note that Japanese companies are sensitive to economic cycles in overseas markets and, although they do not expect a recession, a failure to achieve a positive outcome for the current range of trade issues would pose a headwind.

Dale Nicholls, manager of Fidelity China Special Situations, provides a detailed account of the state of play in China. In addition to his market review, Dale discusses the US China trade conflict and the country’s economic outlook. On the latter, he says there has been a clear slowdown in Chinese economic activity. While trade war uncertainty has clearly weighed on business sentiment, tighter credit conditions, especially around some of the so-called “shadow banking” sectors has also played a part.

In their market review, Biotech Growth’s managers, Geoff Hsu and Richard Klemm, discuss the sector’s recent market underperformance. They attribute this to general macro concerns about the economic outlook and concerns about the potential for drug pricing regulation, particularly in light of the upcoming 2020 U.S. presidential election. These concerns resulted in a net outflow of approximately U.S.$7.5bn from biotechnology/healthcare funds during the review period. The sector is at an important inflection point, as new platform technologies spur innovation and make more diseases amenable to treatment. Elsewhere, Syncona sees a rich pipeline of opportunities around to found new companies with the ambition of taking products to market, including across areas such as gene therapy, cell therapy, small molecules and biologics. Sven H. Borho and Trevor M. Polischuk, managers of Worldwide Healthcare, say that the overall fundamentals of the healthcare industry remain overwhelmingly positive. The secular tailwind is as strong as ever, from more people (from global population demographics), more innovation (from unparalleled technological advancements), more drugs (from record number of approvals), and more money (from increasing gross domestic spend on healthcare). They also note that the U.S. Food and Drug Administration (FDA) has just had another record year for new drug approvals. 2018 marked the second consecutive year in which the FDA has approved a record number of new molecular (or biological) entities, with 59.

HICL Infrastructure say that the market for core infrastructure investments continues to be very competitive, characterised by high levels of demand from unlisted investors for good quality infrastructure assets. Sequoia Economic Infrastructure Income says it has operated in a relatively calm environment over the last six months with tightening lending margins and bond spreads since the volatility of the corporate bond and loan markets in the fourth quarter of 2018. The trust adds that primary market issuance in the infrastructure loan markets has been exceptionally strong, with deal volumes of $264bn over the last six months, split approximately 30% in the North America, 36% in EMEA, 15% in Asia, and 19% in the rest of the world.