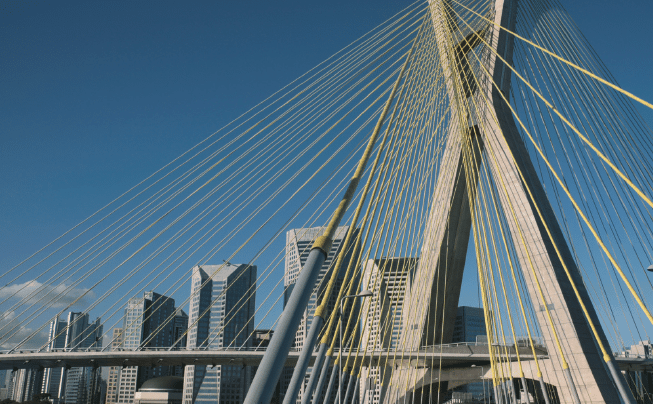 The manager says that Brazil was the biggest contributor to relative performance in the equity portfolio, as ALAI’s holdings there outperformed the wider market. It says that consumer stocks, in particular, performed well on a pickup in consumption. For example, it says that Shoe maker Arezzo was bolstered by impressive growth and expanding margins; apparel retailers, Lojas Renner and Hering, rose on good results; and lower interest rates boosted car rental business Localiza. Also contributing positively was Bradespar, which the manager says benefited from sound operational performance and governance improvements at its main asset, iron ore miner Vale.

Furthermore, not holding state-owned oil giant Petrobras and payments company Cielo also lifted relative returns. The manager says that former was pressured by volatile oil prices, while the latter was hurt by ongoing regulatory uncertainty. However, the manager says that BRF was a major detractor, as the food company’s shares suffered following a corruption investigation, as well as lower volumes domestically and margin pressures internationally.

The manager says that ALAI’s exposure to Mexico also benefited the portfolio, citing the market’s Trump-induced weakness before and immediately after the US election. It says that stock selection was also positive, with leading airport operator Asur delivering sound results on the back of healthy passenger traffic growth. Conversely, it says that the lack of exposure to telecommunications group America Movil proved costly, as shares rebounded following better-than-expected quarterly results.

Also detracting was Peruvian construction company Grana Y Montero. The manager comments that its shares fell after the firm was involved in corruption investigations over a project linked to former partner Odebrecht. The non-benchmark exposure to Argentina was also negative. The manager says that markets were weighed by benchmark provider MSCI’s decision not to restore its emerging market status. In particular, it cites pipe manufacturer Tenaris as being a key laggard, following weak results and a pessimistic outlook on the back of the retreating oil price.

Outperformance from the bond portfolio

ALAI’s bond portfolio returned 18.36% over the year, outperforming the JPM GBI-EM Global Diversified Latin America Index, which the manager says returned 15.45%. In terms of attribution, the manager says that an underweight exposure to the Mexican bond market and currency, which had the worst performance in the region, had the largest positive contribution to relative performance, while an overweight to Brazilian long maturity bonds and to inflation linked bonds in Uruguay also significantly contributed to the outperformance. Underweight positions in Colombia and Chile and the overweight exposure to Peruvian duration reportedly had smaller positive impacts.

In terms of portfolio activity, in the second half of the year the manager added the Mexican hotel operator, Hoteles City Express, whichit says has a solid business in a sector with good long-term growth opportunities. A position in BBVA Frances was also initiated. The manager describes this as a well-run and conservative Argentine lender. Brazilian cosmetics manufacturer, Natura Cosmeticos, was sold to fund better opportunities elsewhere.

During the year, the manager has increased the allocation to Argentinian bonds, keeping its active long position. In Mexico, the manager says that it has gradually moved from an underweight duration position into an overweight one, as the inflation and rate hiking cycles ran their course, and positioned the portfolio to benefit from the upcoming fall in inflation. In Uruguay, ALAI participated in the inaugural fixed rate global bond issuance. The manager says that this reduced its short dated inflation linked bond exposure on the other side.

In Brazil, the manager says that the new management team’s strategy at Petrobras has been well received by the market, so too their efforts to deleverage the balance sheet. However, the manager says that it is sceptical of the company’s ability to deliver on its ambitious target of 2.5x net debt to EBITDA by 2018, likewise management’s capacity to execute consistently in upstream and focus on efficiencies amongst ongoing political uncertainty in Brazil. Above all, it says that it remains wary of subpar governance standards at the state controlled oil and gas company following the Lava Jato scandal.

In terms of outlook, the manager says that Latin American markets appear to be on firmer ground and well-positioned to sustain their upward trajectory, supported by low inflation and accommodative policies. However, it notes that risks persist and says that the increasing probability of interest rate normalisation by central banks in the US and Europe may dampen risk appetite. In the region, greater uncertainty due to upcoming elections in key markets could hurt the nascent economic recovery.

In Brazil, it says that attention now turns to the government’s reform push and that improving economic growth, along with interest rate reductions due to subdued inflation is expected to boost consumption, benefiting consumer names there. However, it says that significant slack remains in the economy after the deepest recession on record, preventing improving labour incomes translating into inflationary pressures. Similarly in Mexico, the peso’s strength and tight policy could foster disinflation and help consumption remain resilient. It says that this could benefit holdings like Femsa and Walmex. However, NAFTA renegotiations and the vagaries of President Trump could yet dent sentiment. On a broader level, it says that firmer demand for commodities, aided by a stabilising China, will support Chile’s economy, a major copper exporter, as well as the portfolio’s mining stocks.