It is the President's "dream" to have his face carved next to George Washington, Thomas Jefferson, Abraham Lincoln and Theodore Roosevelt. 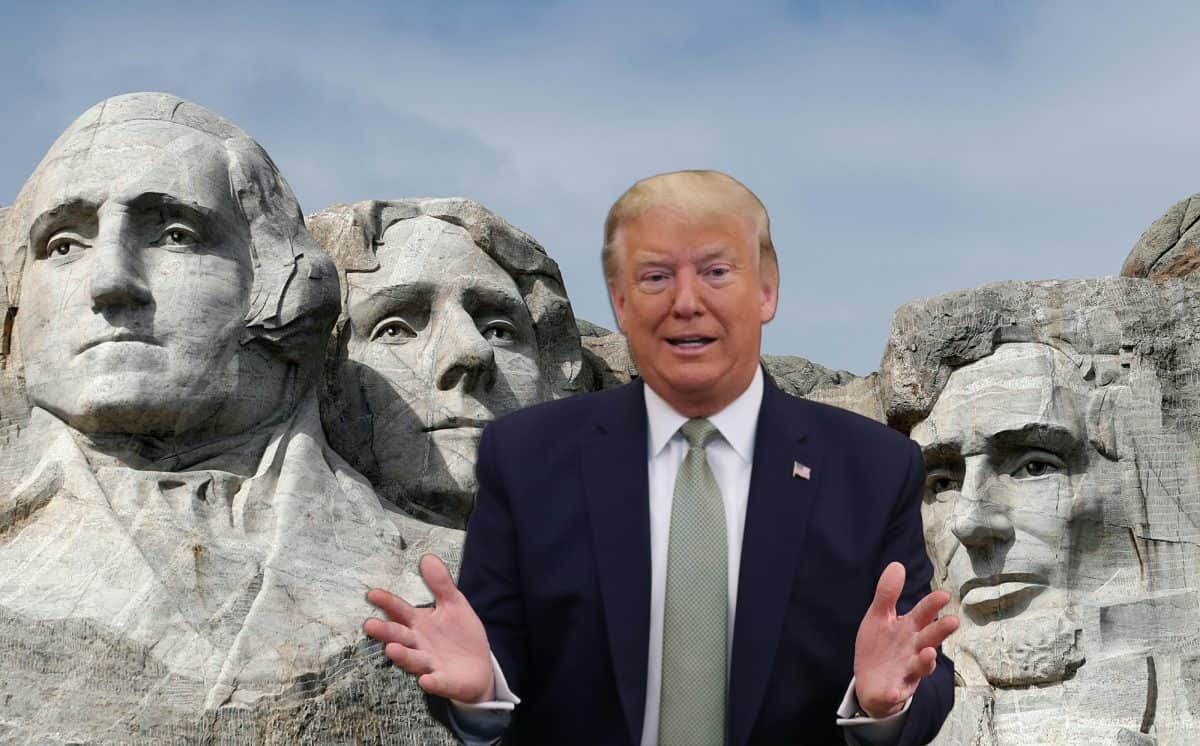 Aides at the White House reached out to South Dakota governor Kristi Noem last year about the process of adding additional presidents to Mount Rushmore, according to New York Times reports.

Noem greeted Donald Trump with a four-foot replica of the sculpture when he arrived in the state for his July Fourth celebrations which included his face.

She had noted before that it was Trump’s “dream” to have his face on Mount Rushmore next to Presidents George Washington, Thomas Jefferson, Abraham Lincoln and Theodore Roosevelt.

The two had struck up a conversation about the sculpture in the Oval Office during their first meeting, where she initially thought he was joking. “I started laughing,” she said. “He wasn’t laughing, so he was totally serious.”

“He said, ‘Kristi, come on over here. Shake my hand”, and so I shook his hand, and I said, “Mr. President, you should come to South Dakota sometime. We have Mount Rushmore.”

And he goes, “Do you know it’s my dream to have my face on Mount Rushmore?'”

Trump also toyed with the idea of adding himself to Mount Rushmore in 2017 at a campaign rally in Youngstown, Ohio.

During his July Fourth speech to supporters in South Dakota, Trump fiercely defended Mount Rushmore – which activists and native tribal leaders have long criticised for its history and purpose – saying it will “stand forever as an eternal tribute to our forefathers, and to our freedom.”

“As we meet here tonight there is a growing danger that threatens every blessing our ancestors fought so hard for,” Trump warned.

A White House official noted to the New York Times that Mount Rushmore is a federal, not a state monument.