David Frost accused the EU of taking an ‘ideological’ approach. 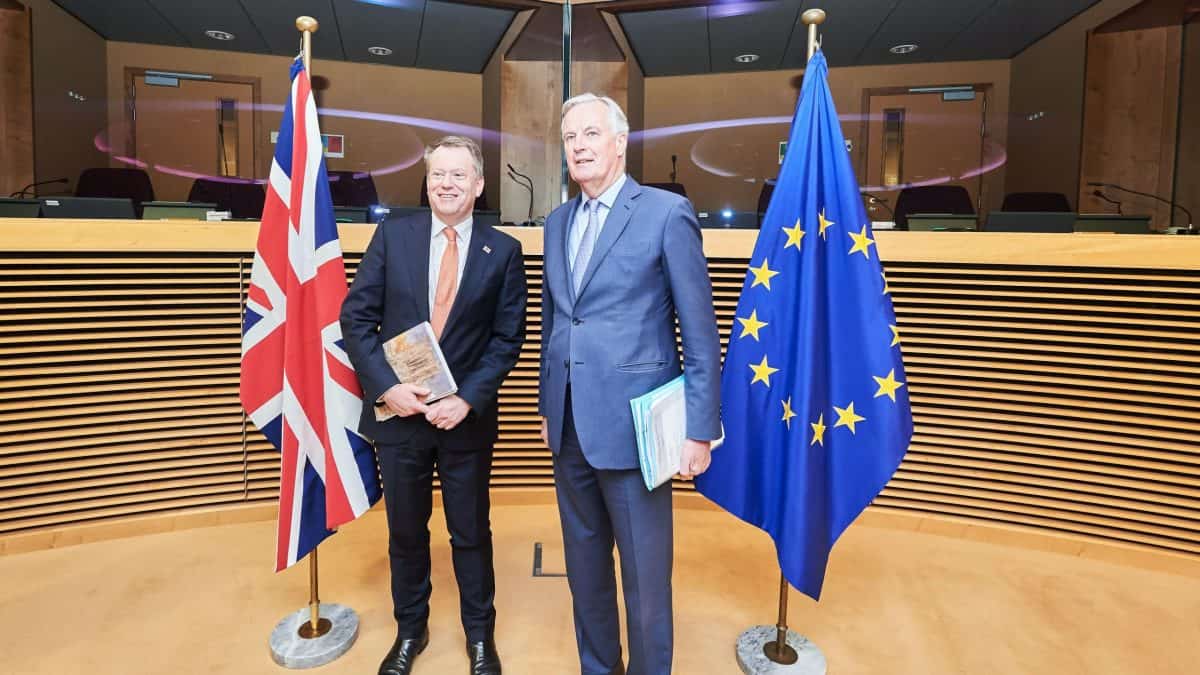 Very little progress has been made in the latest round of UK/EU talks on future trade arrangements, Britain’s chief negotiator David Frost has said.

Mr Frost was speaking after the conclusion of the third round of negotiations regarding Britain’s future relationship with Brussels.

He insisted the major obstacle to agreement was the EU’s insistence on including a set of “novel and unbalanced proposals” regarding a level playing field on standards.

Mr Frost also said it is “hard to understand why the EU insists on an ideological approach” to negotiations on fishing rights.

He said: “We have just completed our third negotiating round with the EU.

“I regret however that we made very little progress towards agreement on the most significant outstanding issues between us.

“It is very clear that a standard Comprehensive Free Trade Agreement, with other key agreements on issues like law enforcement, civil nuclear, and aviation alongside, all in line with the Political Declaration, could be agreed without major difficulties in the time available.

“The major obstacle to this is the EU’s insistence on including a set of novel and unbalanced proposals on the so-called ‘level playing field’ which would bind this country to EU law or standards, or determine our domestic legal regimes, in a way that is unprecedented in Free Trade Agreements and not envisaged in the Political Declaration.

“As soon as the EU recognises that we will not conclude an agreement on that basis, we will be able to make progress.”

He said: “Although we have had useful discussions on fisheries on the basis of our draft legal text, the EU continues to insist on fisheries arrangements and access to UK fishing waters in a way that is incompatible with our future status as an independent coastal state.

“We are fully committed to agreeing fishing provisions in line with the Political Declaration, but we cannot agree arrangements that are manifestly unbalanced and against the interests of the UK fishing industry.

“It is hard to understand why the EU insists on an ideological approach which makes it more difficult to reach a mutually beneficial agreement.”

He said: “We very much need a change in EU approach for the next round beginning on June 1.

“In order to facilitate those discussions, we intend to make public all the UK draft legal texts during next week, so that the EU’s member states and interested observers can see our approach in detail.

“The UK will continue to work hard to find an agreement, for as long as there is a constructive process in being, and continues to believe that this is possible.”

Prime Minister Boris Johnson has repeatedly said he will not extend the post-Brexit transition period beyond its scheduled conclusion at the end of the year.

Related: Government has Khan over a barrel as £1.6bn TfL bailout agreed