The statement came just hours after Donald Trump laid the ground for delegitimising the election result in his own country. 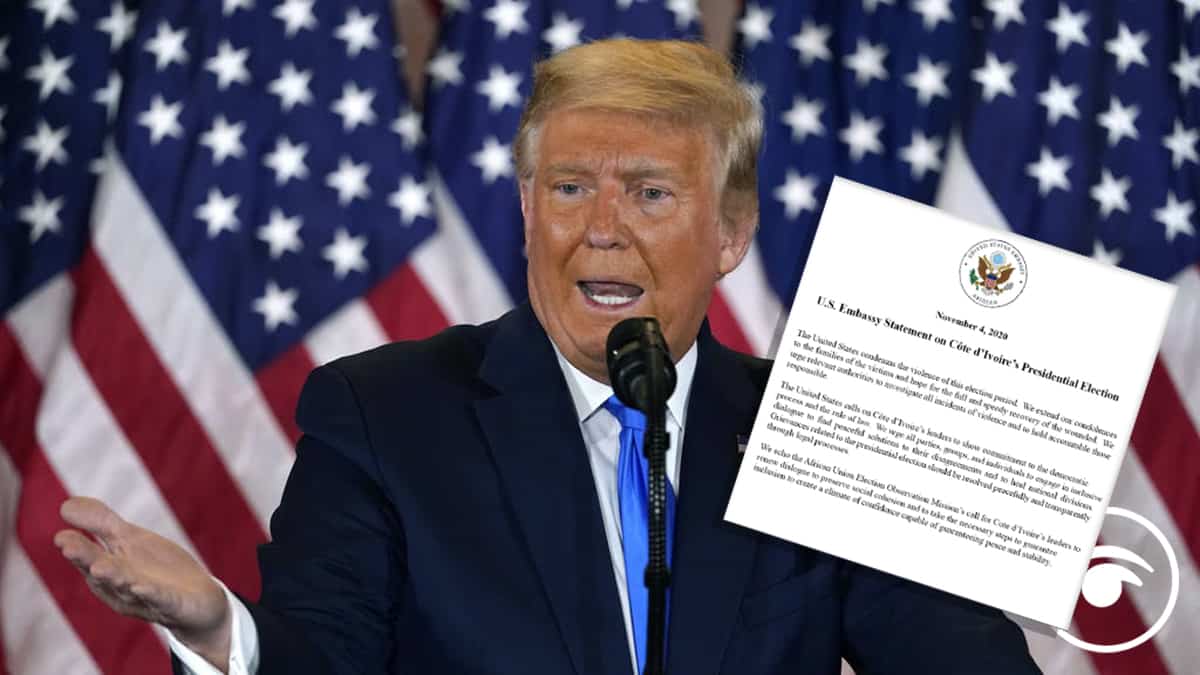 Ouattara took 94 per cent of the vote, even winning 99 per cent in some of his strongholds, after the election was boycotted by the opposition.

Turnout was put at almost 54 per cent.

The US Embassy posted a statement this morning calling on leaders to “show commitment to the democratic process and rule of law”, saying “we urge all parties, groups and individuals to engage in inclusive dialogue”.

The tweet was sent just hours after President Donald Trump laid the ground for delegitimising the election result in his own country.

Calling it a “major fraud on the nation” the President vowed to drag the US election into the courts as he falsely claimed he beat Joe Biden to win the presidency – even though the knife-edge vote is still too close to call.

“This is a fraud on the American public, this is an embarrassment to our country,” he said.

“So our goal now is to ensure the integrity for the good of this nation. This is a very big moment.

“We want the law to be used in a proper manner. So we will be going to the US supreme court, we want all voting to stop.”