"President Trump is a ratings hit", he tweeted as he came under pressure to stem the spread of coronavirus. 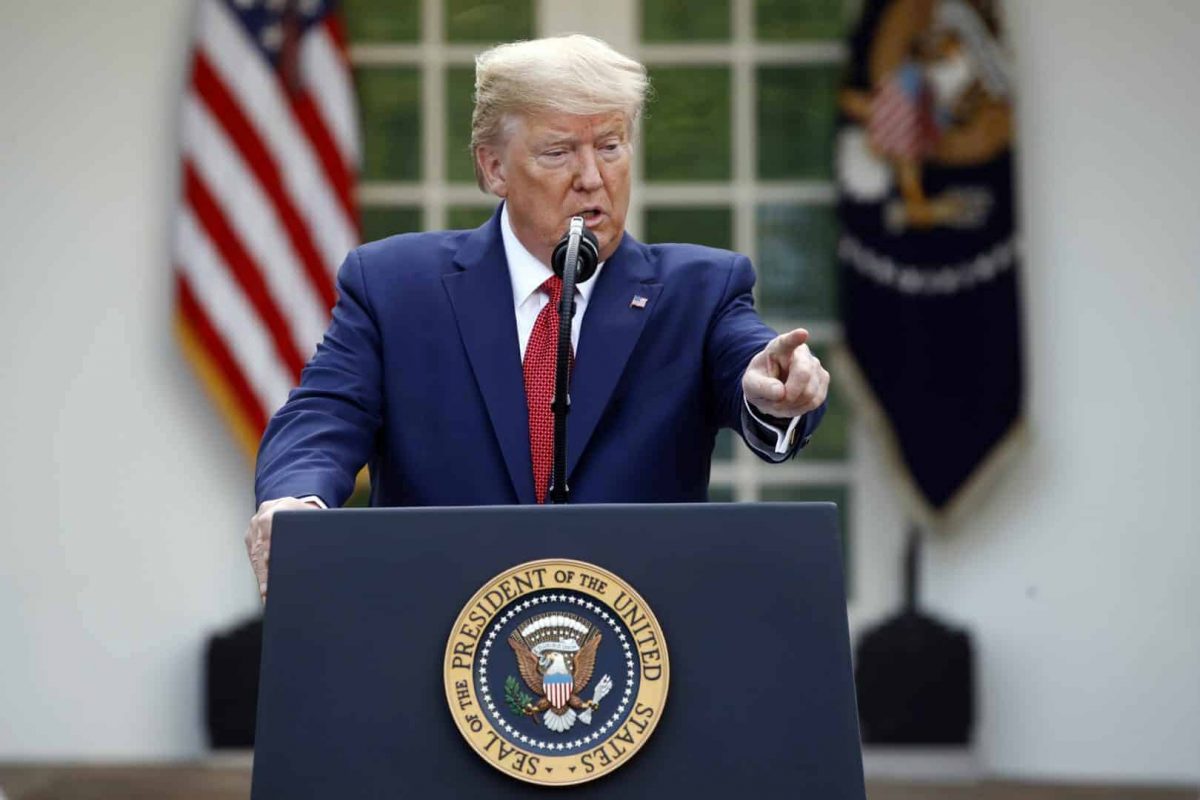 Donald Trump bragged about record TV ratings last night as the coronavirus death toll continued to climb in the US.

But that didn’t seem to perturb the president, who boasted about record audiences on CBS which rivaled the final season of The Bachelor’.

“President Trump is a ratings hit. Since reviving the daily White House briefing Mr. Trump and his coronavirus updates have attracted an average audience of 8.5 million on cable news, roughly the viewership of the season finale of ‘The Bachelor.’ Numbers are continuing to rise…

Trump has come under criticism for not putting in measures to stem the spread of the disease.

Last night he said he is extending the voluntary national shutdown for a month after expressing an interest in relaxing the national guidelines at one point.

His decision to extend the measures to April 30 has been viewed as a tacit acknowledgment he had been too optimistic.

Many states and local governments have stiffer controls in place on movement and gatherings.

Mr Trump’s impulse to restore normality met a sober reality check on Sunday from Dr Anthony Fauci, the government’s top infectious disease expert, who said the US could experience more than 100,000 deaths and millions of infections from the pandemic.

Mr Trump’s decision to extend the guidelines reflected a recognition that the struggle will take place a longer time period.

The federal guidelines recommend against large group gatherings and urge older people and anyone with existing health problems to stay at home.

People are urged to work at home when possible and avoid restaurants, bars, non-essential travel and shopping trips.

The extension would leave the federal recommendations in place beyond Easter on April 12, by which time Mr Trump had hoped the country and its economy could start to revive. Alarmed public health officials said Easter was sure to be too soon.

Related: What’s essential? In France, pastry and wine – in the US, guns and golf