"I recognise much of the Conservative manifesto because they're things that I have campaigned on for years", he said. 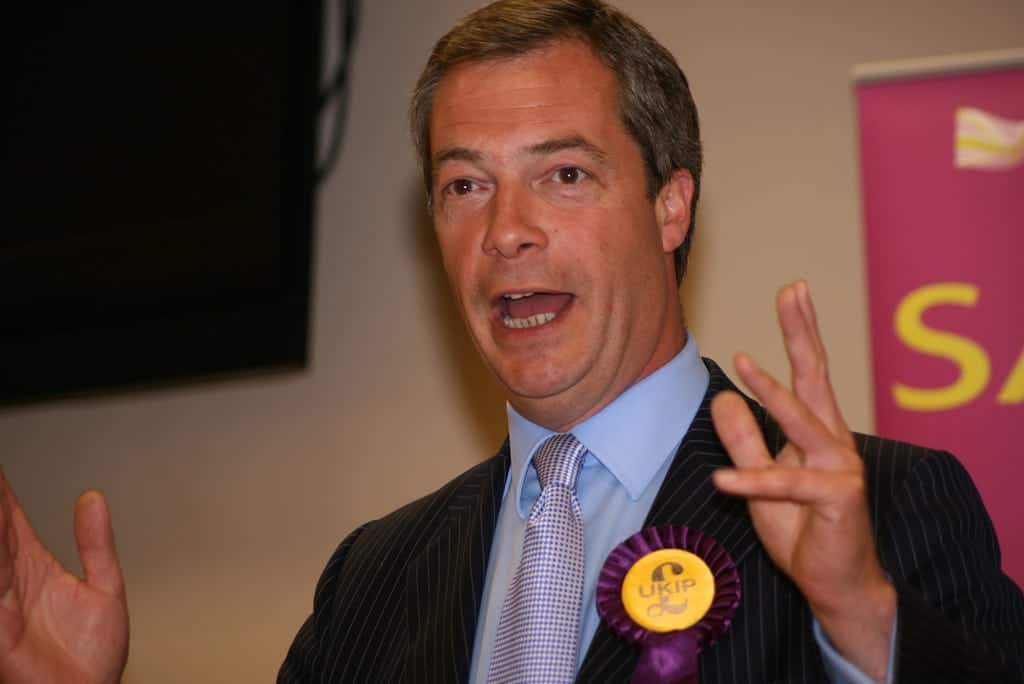 Nigel Farage says he “recognises much of the Conservative manifesto” because it’s largely a re-hash of Ukip’s 2015 document.

Speaking on the campaign trail in Seaham, County Durham the Brexit Party leader said he is happy to see the Tories “changing the agenda” by talking about immigration levels.

“I recognise much of the Conservative manifesto because they’re things that I have campaigned on for years, such as hospital parking charges.

“Much of the manifesto was in fact in the Ukip 2015 manifesto, even recent ideas that I’ve announced like not exporting plastic waste for dumping in landfill in China or elsewhere, that’s in there.”

“Brexit it name only”

He noted that Boris Johnson’s plan to bring the Withdrawal Agreement back before Christmas could lead to “Brexit in name only”.

He said: “I want to get Brexit done, as does the country. Not just Brexit voters but now a large chunk of Remain voters just want this over and done with.

Mr Farage added: “If he’s going to pass the Withdrawal Agreement between now and Christmas, which is what Boris is talking about today, then it’s going to have to have some amendments, because if we’re tied into regulatory and political alignment, it’s Brexit in name only.”

The issue of Brexit took centre stage on the Conservative manifesto front cover, as the Tories reiterate the rhetoric of “Get Brexit Done”.

Elsewhere the Tories have pledged an extra 50,000 NHS nurses in a bid to plug the existing vacancy gap, which currently stands at more than 43,000.

They have also pledged £9.2 billion to improve the energy efficiency of homes, schools and hospitals.