"Using the terrorist attack in Liverpool to have a pop at Corbyn is beyond vile," one person said, calling for him to resign. 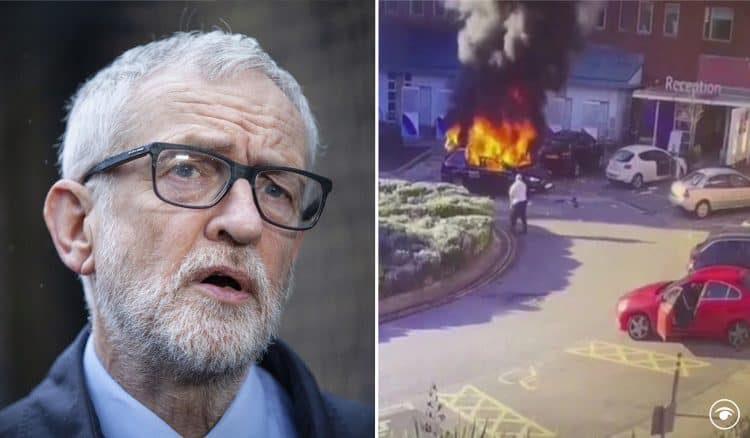 A Conservative councillor has faced widespread backlash after posting a picture of Jeremy Corbyn superimposed ontofootage of the Liverpool terrorist attack.

Underneath the photo, Nickerson said to another user: “You’re right to draw attention to the fact Jeremy Corbyn has a history of praising and entertaining terrorist and terrorist organisations so all power to you.”

Nickerson, who was accused of inciting hated, replied to another user with: “You might find the [sic] Jeremy Corbyn is the one investigated for racism and inciting hatred.”

The string of tweets were deleted in the early hours of the morning after the Tory Councillor faced accusations of trivialising Sunday’s horrific attack in Liverpool.

He describes himself as working daily with the police, schools, local business, the local NHS on community issues, noting he also represents the East Riding Council on the Police & Crime Commissioner Panel.

In January earlier this year, Paul Nickerson was sacked as East Riding Council’s Conservative group whip by the Council leader after an altercation with a fellow Councillor during a ward meeting.

Cllr Nickerson announced the news in a now-deleted tweet with a photo of a bottle of wine.

A member of the East Riding Council confirmed Nickerson would not have the Whip returned.

The suspected terrorist who blew himself up with a homemade bomb outside a hospital for women and babies has been named as Emad Al Swealmeen.

The 32-year-old died after the device exploded in a taxi outside the Women’s Hospital in Liverpool shortly before 11am on Remembrance Sunday.

The driver of the cab, named locally as David Perry, survived the incident and has since been discharged from hospital.

Four men arrested under terrorism laws in the Kensington area of Liverpool – three aged 21, 26 and 29, who were held on Sunday, and a man aged 20 who was detained on Monday – have now been released from police custody following interviews.