Michael Gove said the evidence was that people were obeying instructions to stay at home. 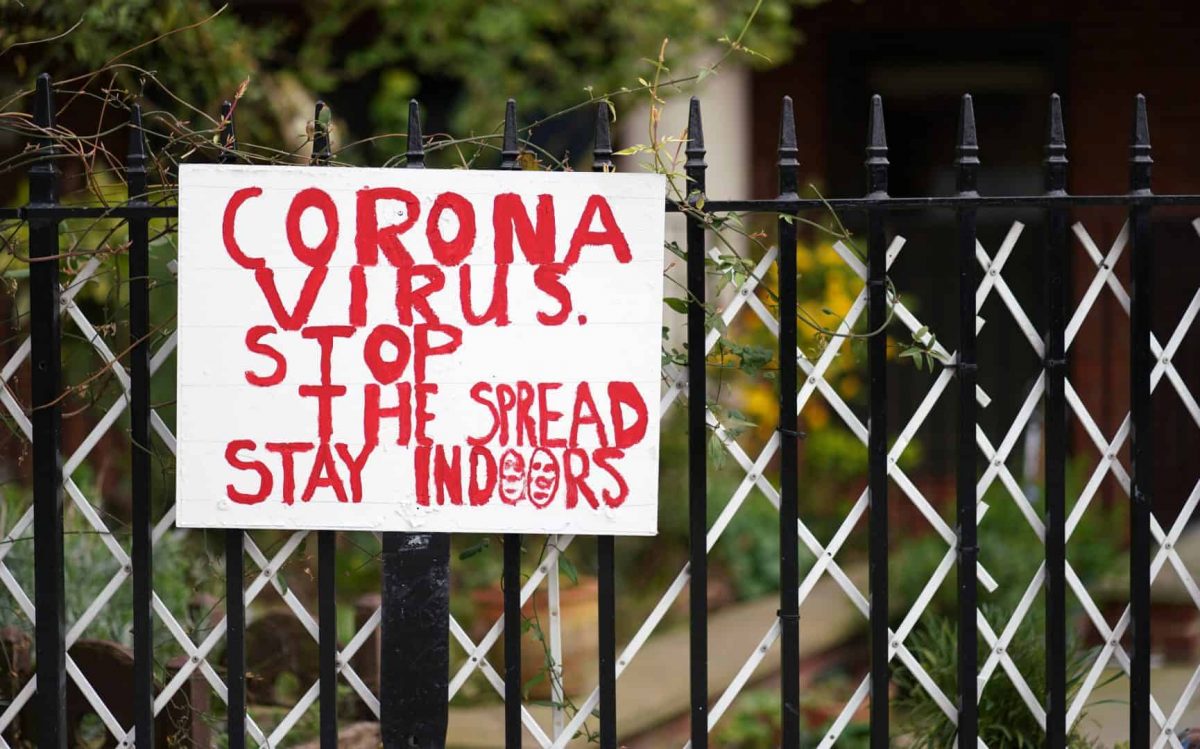 The coronavirus lockdown will be in place for a “significant period” and could last longer if people do not stick to the rules, Cabinet minister Michael Gove has said.

His warning came on Sunday as the death toll in UK hospitals reached 1,228, a rise of 209 which was a smaller increase than 24 hours earlier.

Mr Gove acknowledged the scale of the “sacrifice” the public is taking but said he could not make “an accurate prediction” on how long it must be endured.

The Chancellor of the Duchy of Lancaster’s warning came after Boris Johnson wrote to every household with a warning he could impose stricter measures.

But Mr Gove declined to say what the tougher rules could look like with the public confined to their homes for all but essential travel and for once-daily exercise.

“Everyone is making a sacrifice and I appreciate the scale of that sacrifice,” he told the Andrew Marr Show on BBC1.

“But the reason all of us are making these sacrifices is because all of us will have people whom we love who are at risk from this virus.

“I can’t make an accurate prediction, but everyone does have to prepare for a significant period when these measures are still in place.”

Mr Gove declined to be drawn on one key scientist’s estimate of June being the earliest like month that they could be eased, but warned the lockdown will last longer if the rules are not obeyed.

“It depends on all of our behaviour. If we follow the guidelines, we can deal more effectively with the spread of the disease,” he told Sky’s Sophy Ridge on Sunday.

Public appear to be heeding the advice

But the positive message he delivered was that the public appear to be heeding the advice.

The Department of Health announced that 1,228 people had died in UK hospitals after testing positive for Covid-19 as of 5pm on Saturday.

This rise of 209 is the second biggest day-on-day rise, however it was smaller than the 260 increase reported the day before

But it is likely too early to attribute to any success to the social-distancing measures.

Meanwhile, the NHS received a huge boost from the public when it was announced volunteers to help in the crisis had hit 750,000 – three times the initially target.

A temporary halt was being placed on the scheme so the Royal Voluntary Service could process applications and get the scheme up and running.

With the Prime Minister working in isolation in his Downing Street flat after testing positive for Covid-19, Mr Gove insisted the PM remained “very firmly in charge”.

He said Mr Johnson would hold another meeting by video conference on Sunday, and confirmed that Foreign Secretary Dominic Raab is the “designated deputy” if his condition worsened and he could no longer govern.

Mr Gove refused to give a timeline for when all NHS and social care workers will be tested.

Despite increasing demands, he said that it is hoped to “be able to test as many frontline workers at the earliest possible stage”.

Practising medic and Labour MP Dr Rosena Allin-Khan said she was “really disappointed” by the remarks.

“These are the people who are at the frontline, these are people who need to know whether or not they have the virus or not,” she told Sky.

“It is absolutely urgent that NHS and care staff are tested and they have access to testing immediately,” she said.

Mr Gove announced that the Government had hit its initial 10,000-a-day target for testing.

However, the official figures later showed testing only reached 6,961 between 9am on Saturday and the same time on Sunday.

Meanwhile, an early study of critical care outcomes showed that the mortality rate of patients admitted to intensive care with a confirmed case of coronavirus is close to 50 per cent.

The report, by the Intensive Care National Audit and Research Centre (ICNARC), shows that out of 165 admissions to critical care units in England, Wales and Northern Ireland, 79 patients have died and 86 were discharged.

A further 609 patients were last reported as still being in intensive care.