Martin - an unrepentant Brexiteer - added that Johnson was set to “tie up the country for decades” in a Brexit agreement he didn’t really understand. 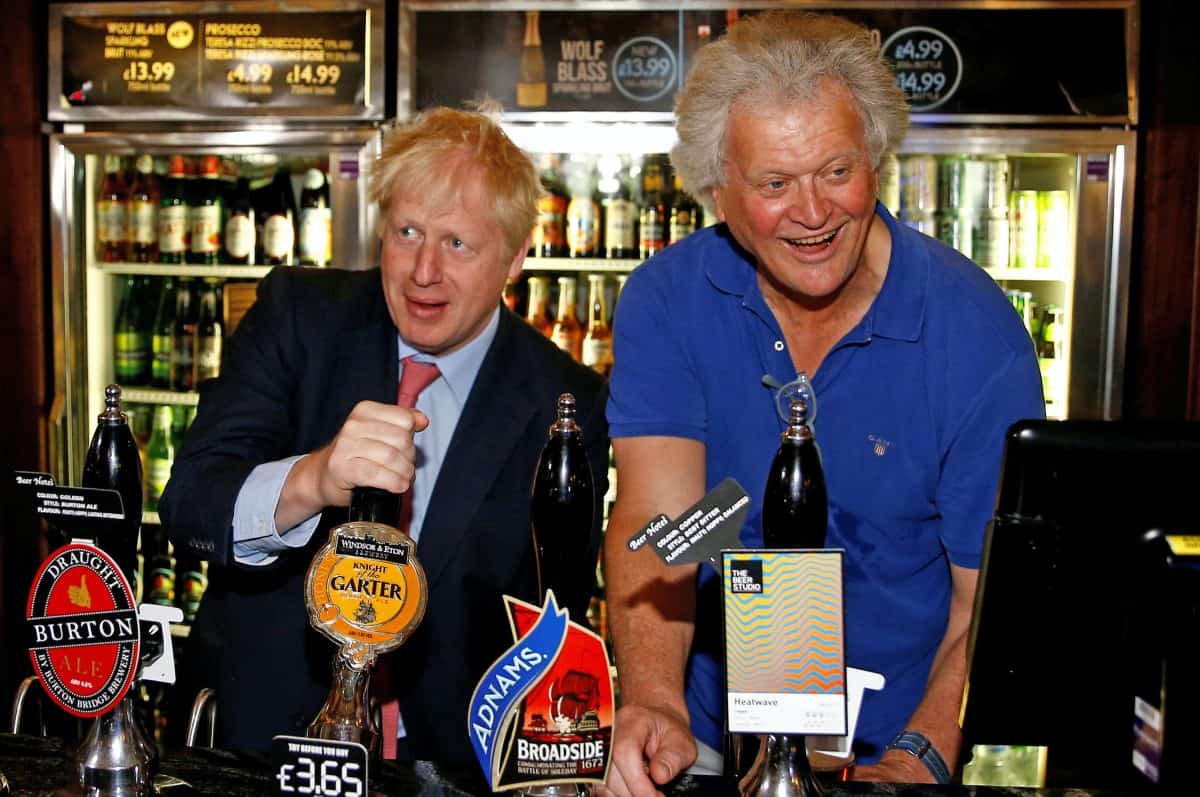 Wetherspoon boss Tim Martin has aimed another broadside at Boris Johnson, ranting that the prime minister is “incapable of making good decisions” over Brexit.

Martin – an unrepentant Brexiteer – added that Johnson was set to “tie up the country for decades” in an agreement he didn’t really understand.

Speaking on talkRADIO, the pub chain boss said:  “I’m rapidly forming the conclusion that Boris Johnson and his government are incapable of making a good decision. I really hope they don’t tie up the country for future decades.”

He added that severing ties with the EU without a trade deal would be the best thing for Britain, because it would enable the country to “become more like Australia, New Zealand, Singapore and South Korea and do things “week-by-week”.

“I’m not confident that Boris is capable of tying up a 20,000-page agreement and checking the small print,” he added.

The coronavirus crisis has seen Martin throw the gloves off and lay into the government for its handling of the pandemic – frequently lashing out at the impact of lockdowns on the hospitality industry.

In remarks to investors earlier this week, the Spoons chief said: “In October, the prediction of Sir Patrick Vallance, chief scientific adviser, of 4,000 deaths per day, upon which the government instigated a second lockdown, proved to be wildly inaccurate.

“It seems certain that the biggest flaw in these predictions has been an overestimation of the fatality rate of Covid-19.”

JD Wetherspoon posted its first annual loss in 36 years in October – and warned that it could not rule out more job losses as restrictions on the hospitality industry continue.