The deputy PM's intervention will pile pressure on Boris Johnson to come clean over whether lockdown was breached. 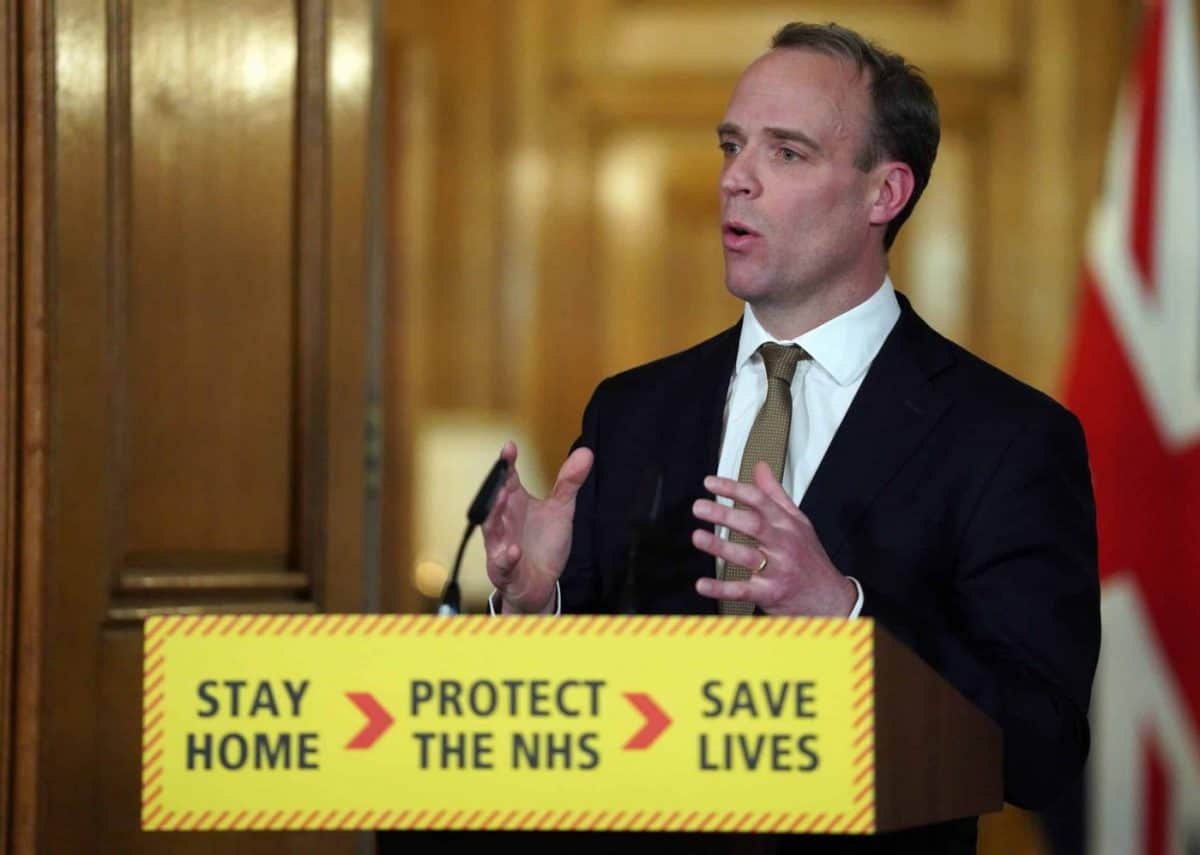 Deputy Prime Minister Dominic Raab has said it would have been a clear breach of Covid rules at the time if Boris Johnson’s staff held a party in No 10 in the run-up to last Christmas.

Boris Johnson has not denied reports that his members of Downing Street team staged a party on December 18 last year when London was under Tier 3 restrictions but has insisted that no rules were broken.

However Raab, who is also the Justice Secretary, said he did not know the truth of the reports based on “unsubstantiated claims all on the basis of anonymous sources”, but if they turned out to be correct, then there would have been a breach.

‘Wrong thing to do’

“Until there is something substantiated, until it is more than anonymous sources, I think we are chasing shadows,” he told the BBC’s The Andrew Marr Show.

“Of course, if there was a formal party held, of course that it something that is clearly contrary to the guidance.

“If anyone held a party that it is contrary to the rules, of course that is the wrong thing to do.

“If something unsubstantiated from anonymous sources actually materialised, then of course it would be wrong.”

His intervention will pile pressure on Johnson to explain what exactly went on in Downing Street last year, something he has repeatedly refused to do.

Last week The Daily Mirror reported that two events took place in No 10 last year in the run-up to the festive season.

The first was said to have been a leaving do for a senior aide held in November, when the country was in a second national lockdown, attended by Johnson who gave a speech.

The second was reportedly a staff party in December where, according to multiple reports, party games were played, food and drink were served, and the revelries went on past midnight.

The rules in place in the capital at the time explicitly banned work Christmas lunches and parties where it is “a primarily social activity and is not otherwise permitted”.

On Saturday, the Metropolitan Police said it was considering complaints submitted by two Labour MPs, even though it did not normally investigate retrospective breaches of the Covid regulations.

Families who lost loved ones during the pandemic have said they were “sickened” by the reports with the Covid-19 Bereaved Families for Justice group calling for an apology from the Prime Minister.

Raab, meanwhile, said he will not be holding a Christmas party at the Ministry of Justice, even though it would be permitted under the current coronavirus rules.

He said he would be having “appropriate drinks at a smaller scale” as he urged employers to show “common sense” when organising Christmas celebrations.

“The rules are very clear. People can go in and have Christmas parties, of course employers will want to think common sense about how they do that,” he told Sky News’ Trevor Phillips on Sunday programme.

“We won’t be having a Ministry of Justice-wide Christmas party this year. We will be having appropriate drinks at a smaller scale.

“The Government wants people to be able to enjoy Christmas this year. People should feel free to go and enjoy those celebrations and every employer will think about the right way to do it and I’m the same as everybody else.”

Related: Sniffer dogs deployed to crack down on Commons cocaine use